Harvey had been asking for a bike for his birthday for weeks so it was decided in my family that we would all club together and get him a bike and accessories rather than lots of little toys. The night before his birthday he requesting something else....

"I'd like to be fat and purple for my birthday."

Unusual choice for a soon-to-be 4 year old. Needless to say, we went for the bike option. Barney the dinosaur has already got the fat and purple market sorted. 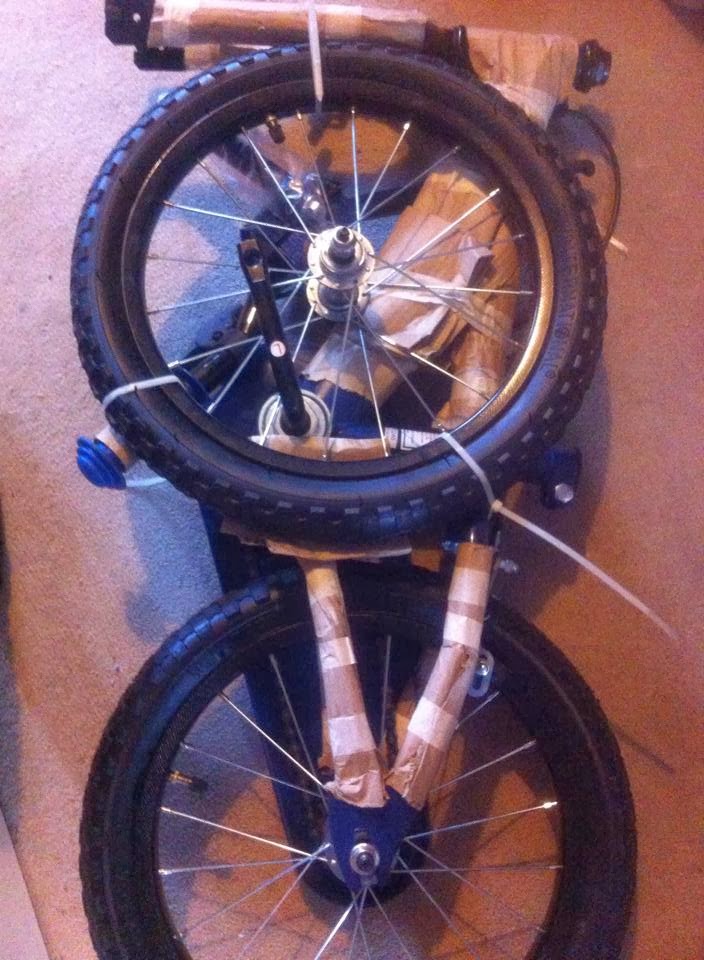 Harvey opted for a Skylanders bike and a matching cycle helmet. I apologise now to the 2 young men in Halfords as they helped us with our purchase as Harvey kept going shy and saying "don't look." Bless them, two men doing as they were told from a 4 year old. Excellent customer service though throughout and highlighted their current promotions.

As it was 3 for 2 on cycling accessories, Harvey also chose a bell and a siren. Yes, a siren!

I've had those noises in my head now for over 24 hours.


I chose to build the bike up myself as then in the future I may have an idea of how it works if/when Harvey damages it. 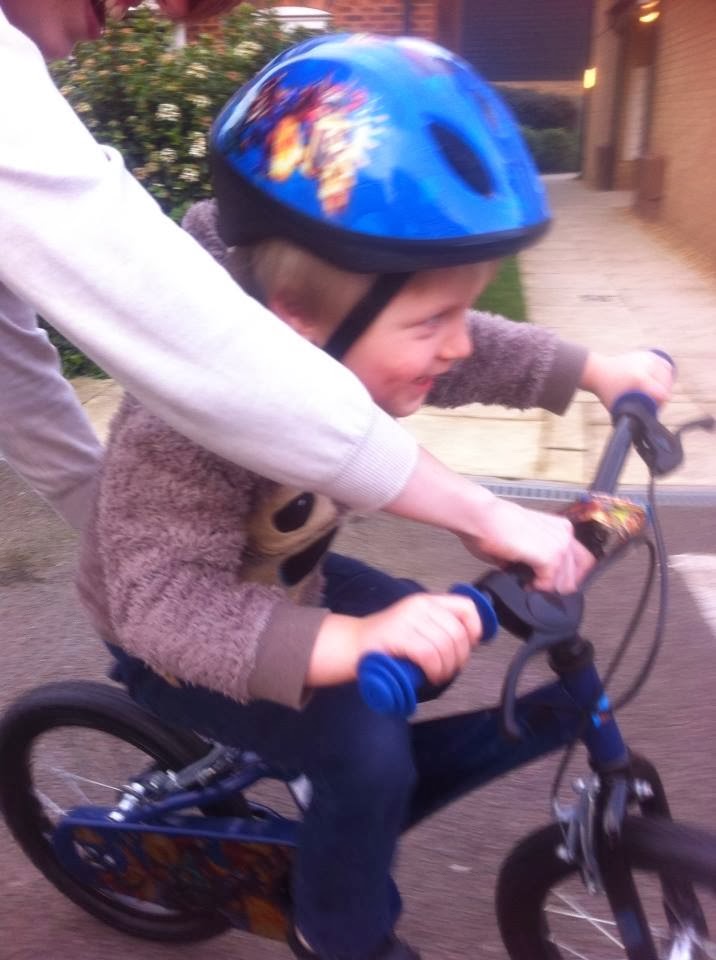 His first go on his new bike so we shall be avoiding the washing up for some time to come whilst he gets to grips with learning to balance and pedal.