I admit it. I am no Nigella or Delia although I could possibly be likened to one of The Hairy Bikers if in the right light but certainly not in the kitchen!

A gourmet meal in my house is often whatever the magic of my slow cooker produces after I've shoved everything in, closed my eyes and prayed to the cooking Gods that I will end up with something at least half edible at the end. It usually works I'm pleased to say.

Half the time I need not worry anyway. Harvey's answer to the nightly question of "what would you like for tea?" with "soup and sausages". Yes, you read that right.

Random child but apparently not alone!

My cousin's little boy wanted gravy with his salad. That Facebook status had me chuckling away one evening and in her words, "he is pretty adamant you can't have one without the other." He would be a great asset for an ahhhhhhhhh Bisto! advert as he is obviously a huge fan.

Alyssa is obsessed with pickled onions and I physically have to ration the onions else she would eat an entire jar in one sitting. Cabbage is another favourite of hers too. I swear she is a 90-year-old lady in a 6-year-old body.

Come on then Morphy 'the slow cooker' Richards, do your best! 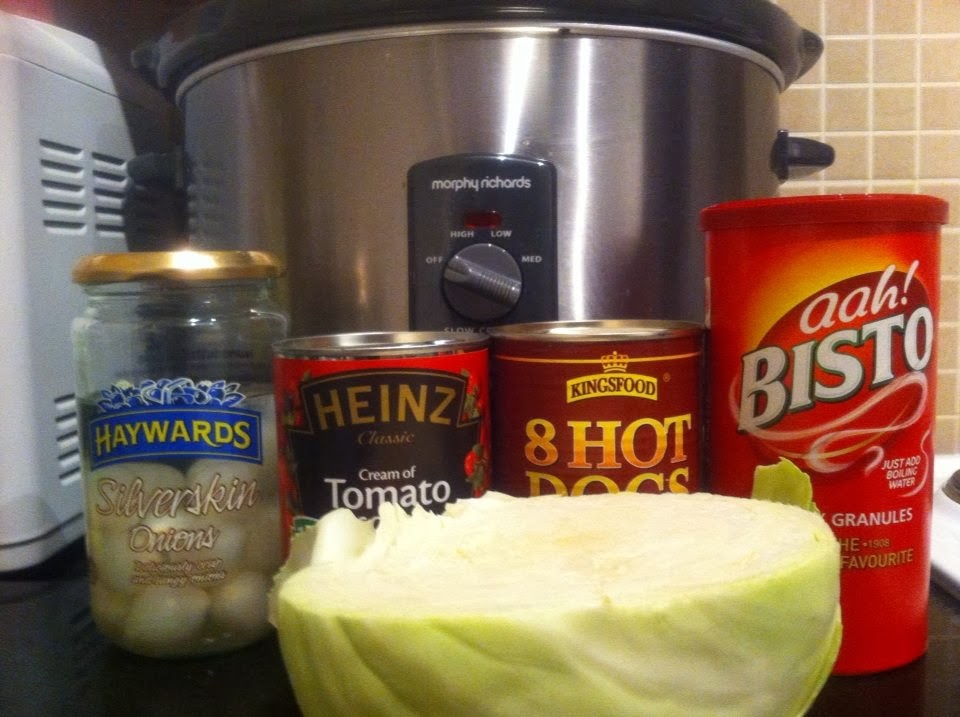 Tonight we are definitely avoiding the washing up as Alyssa is unwell. (Harvey quite possibly would be too if I let him eat whatever he wanted. )