It's getting colder now but I still like to try and get them walking at least one 'school run' trip if I can. I find that just that bit extra exercise makes for a better evening.

Both of them like to play games that use their imagination so, on the way this afternoon, we played "clouds". I'm sure you've played it millions of times before. You point out a cloud and decide what it looked like. Today we saw an apple, a pear and a rhino. It's quite fun just taking the time to stand still and look at your surroundings. (Covered in mud is optional.) 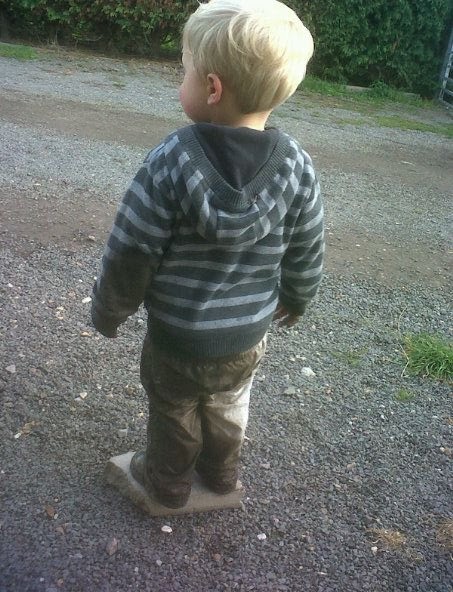 Harvey also decided to draw a picture of me today too. This is very similar to the clouds game as I have to use my imagination to try and work out which bit is which. Uncanny. 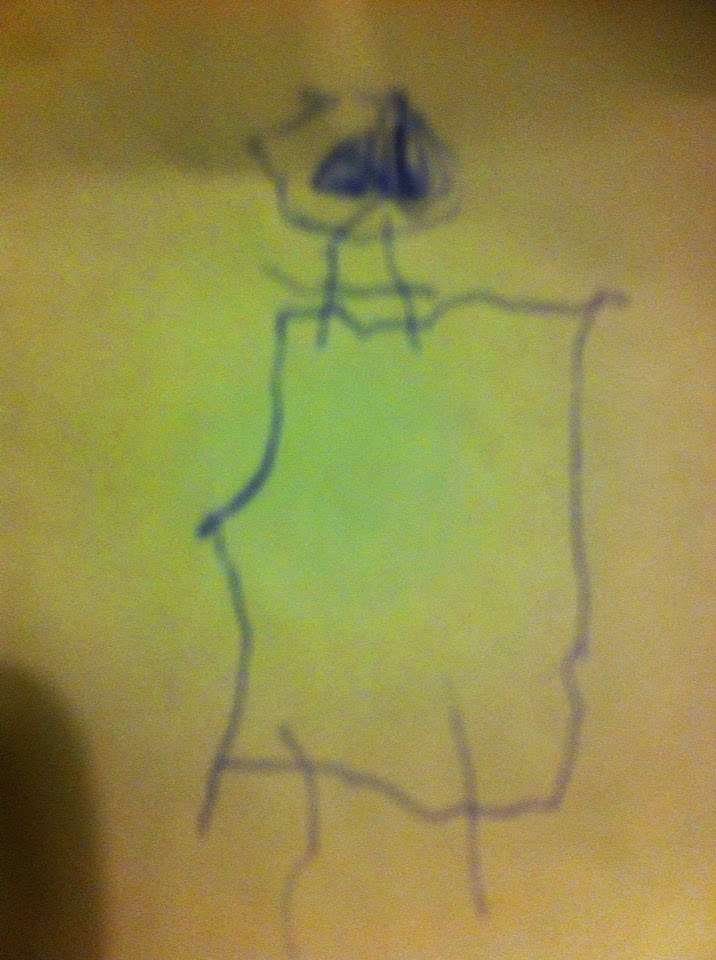 It's bedtime for them now so Alyssa goes off and reads whereas it is always a mission with Harvey.

Where are your PJs?

"Under my mattress keeping safe. No-one would look

under there. Clever aren't I Mummy?

avoiding the washing up and enjoying the 'cloud' game.
Posted by Unknown at 19:21