Harvey and Alyssa were invited to a birthday party with the theme of "superheroes". 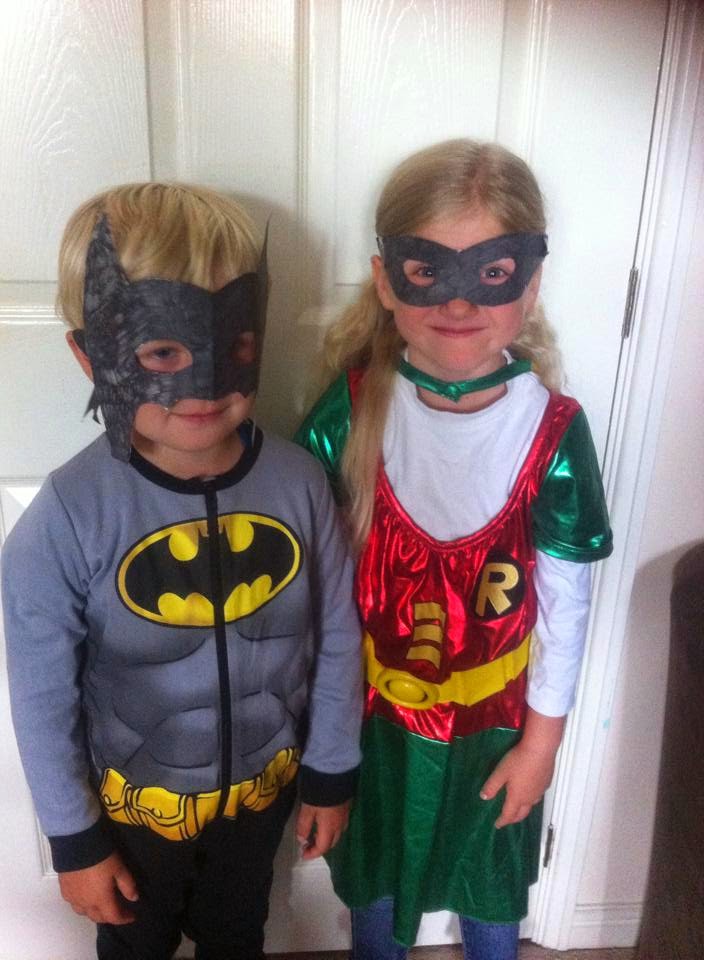 Fortunately, we had some costumes that would be handy for this! Harvey wore his onesie that he had from some friends for his birthday. Great choice! Alyssa went in my Robin costume that I had worn during a fundraising day at work. It was a little big so she wore jeans and a t-shirt underneath. (This came in handy later on at the party when she no longer wanted to be a superhero.) 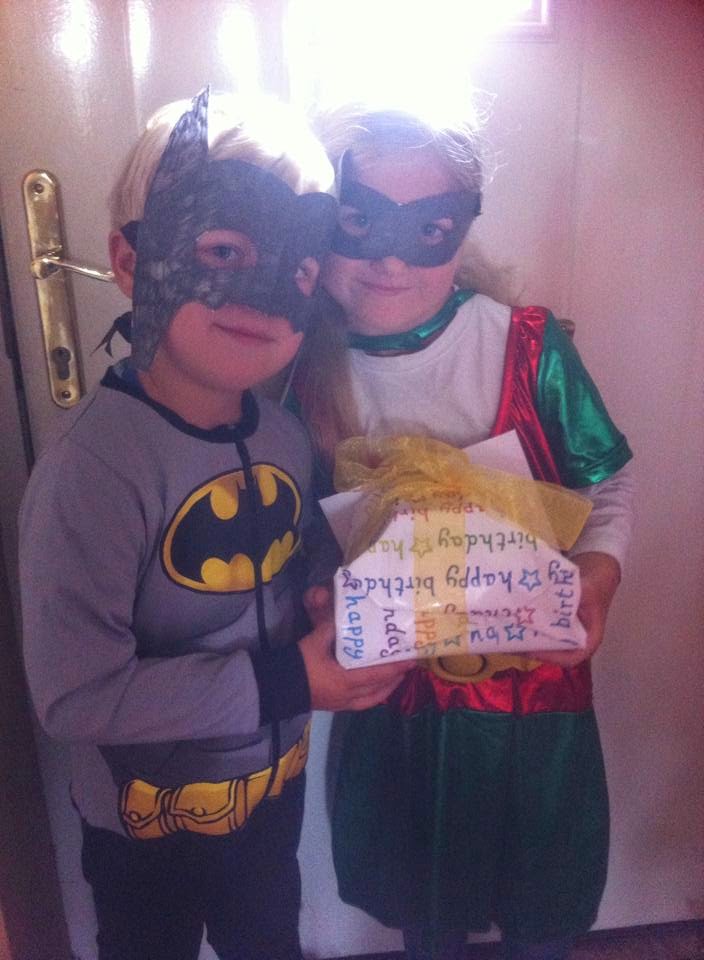 They wanted some masks so I quickly made some this morning from some paper, coloured black with a whiteboard marker and then stuck some pieces of ribbon to the sides o that they could be tied to fit at the back. 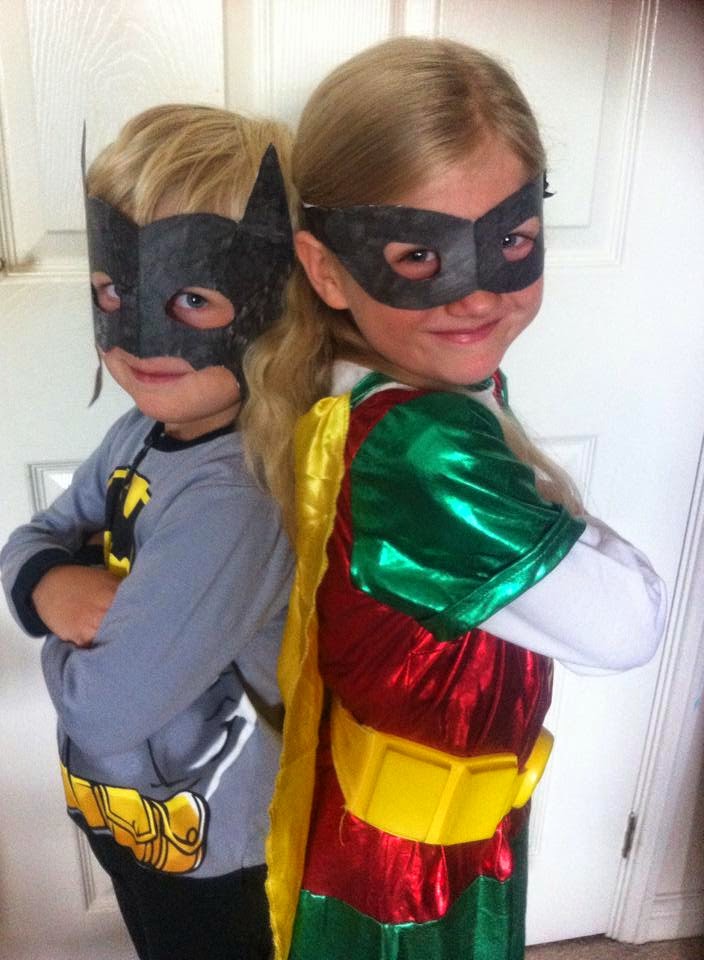 So yes, if you thought you saw Batman and Robin walking through the streets this morning, you eye were not deceiving you. 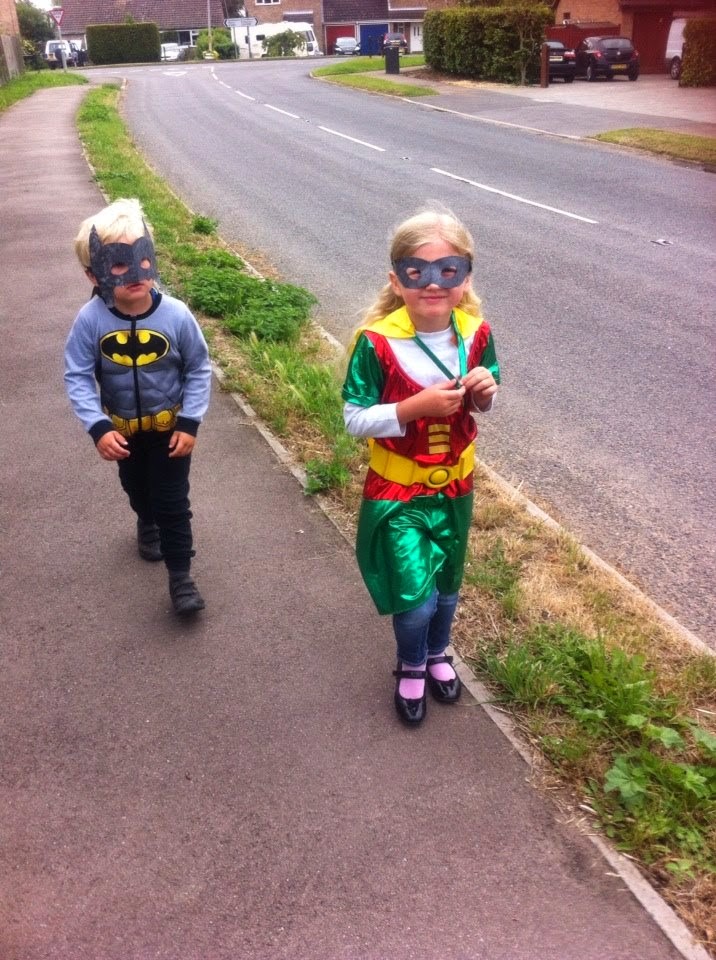 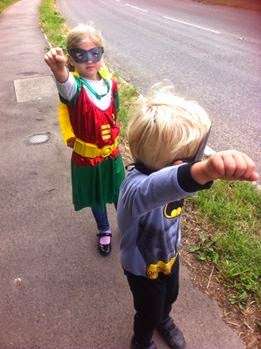 It was just "The Sweetpeas" avoiding the washing up and heading off to the most awesome party ever.

Harvey managed to hurt his big toe at the party but, in his words,

"It hurts but I won't cry. Batman doesn't cry."