As everyone else seemed to be watching the Brazil V Germany match, I was watching my potential masterpiece being cooked!

I saw this recipe shared on a newsfeed on facebook. It simply said to use a packet mix and lemonade. I'm currently doing a bit of 'cupboard de-cluttering' and found one last packet of sponge mix. I had no lemonade but I did have a lemon and lime Sodastream flavouring. That'll suffice.

Make up the sponge mix according to the packet. Substitute the water for the lemonade / lemon and lime Sodastream in my case. Mine also needed an egg adding to it and then whisked up for 2 minutes.

Separate the mixture into 4 bowls. Mix 1 teaspoon of food colouring into each bowl. 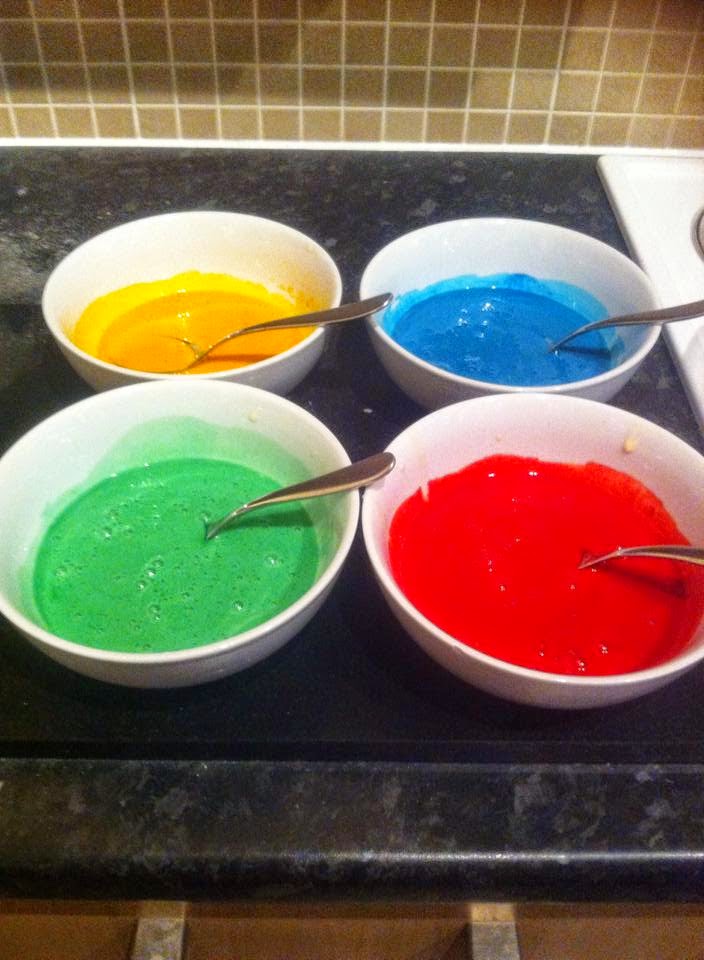 Randomly put the mixture into a bowl which will fit into your slow cooker. I guess you could also put the mixture directly into the greased crockpot with a baking sheet bottom but I was worried it may get stuck in. 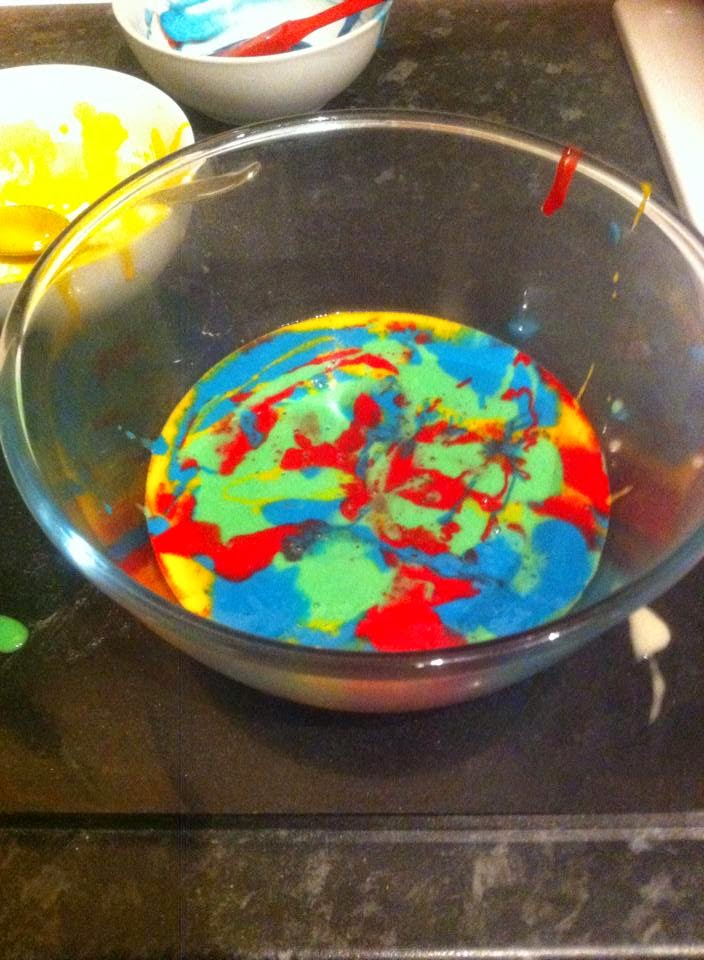 Leave to cook on high for an hour and a half. Resist the urge to open the lid.

Turn out and cool on a plate. Mine split in half so perhaps I should have let it cool in the bowl slightly too.

The blue and red worked really well but the yellow and green weren't so obvious. 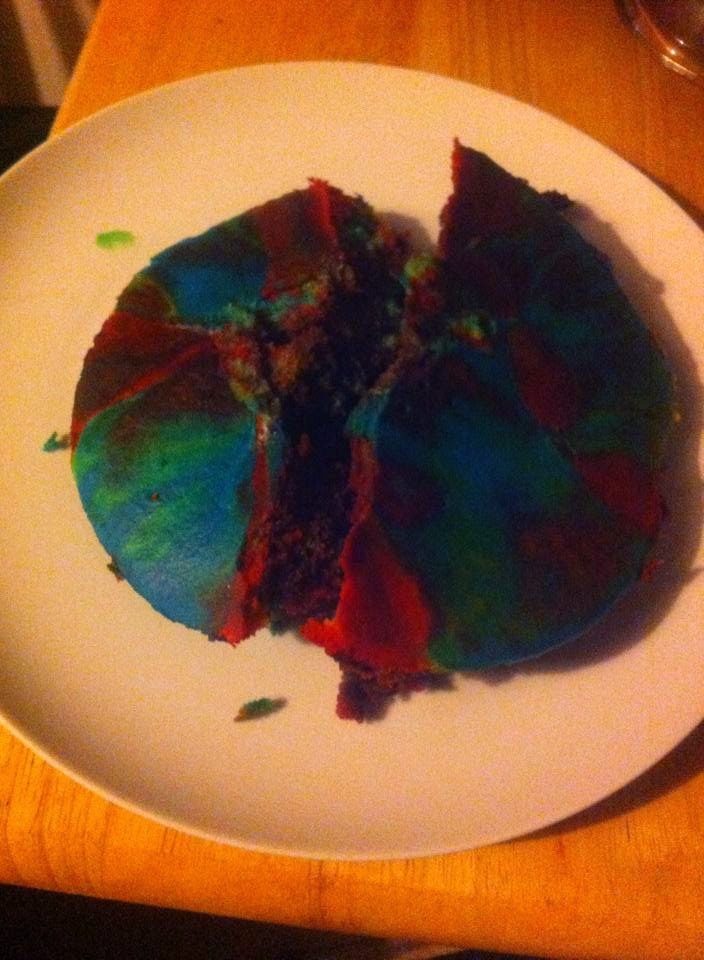 I'm definitely going to try this again with a normal sponge mix rather than from a packet. I can make it much bigger then too ~ afterall, who doesn't like big cakes?! Few more goes at the colouring may make the effect better too.

Tastes lovely with the lemon and lime flavouring though! I can certainly recommend trying that part.

I'm entering the bakespiration challenge so look out for plenty of recipes coming up! http://www.stuckinthetree.co.uk/bakespiration/