Day 9 of the holidays already? Where is the time going?

It started early as Alyssa was so excited to see her friend. They were off to the cinema and having a bit of a "girly day". It also started loudly. Who am I trying to fool? Every day starts loudly in this household.

They did a bit of rapping as this was another task on the Tots100 #GetYourSkillsOn challenge for Robinsons Fruit Shoot. 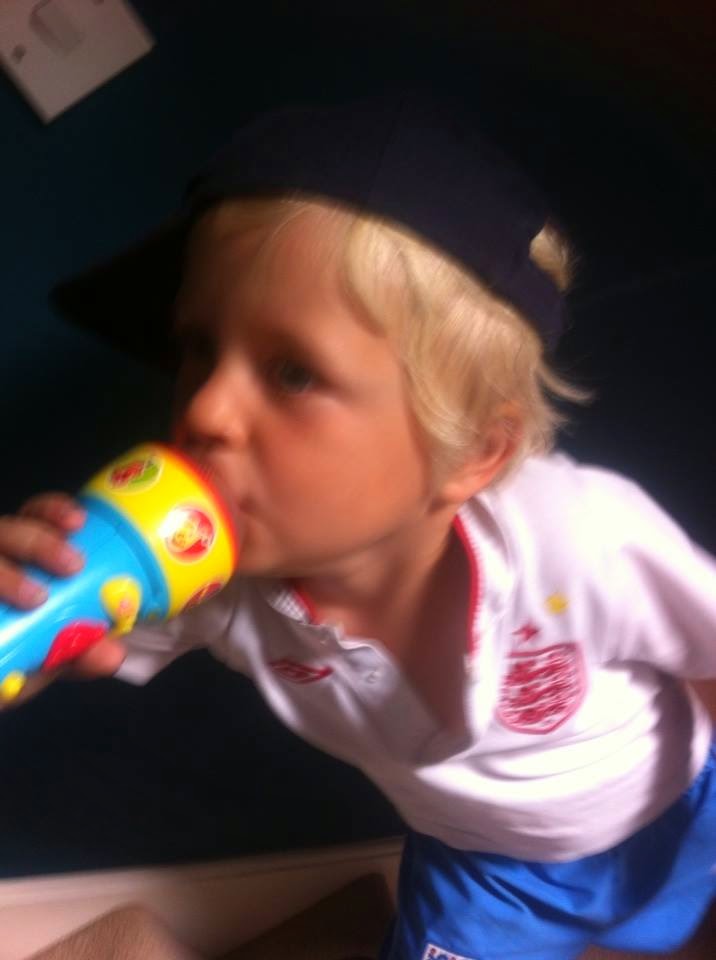 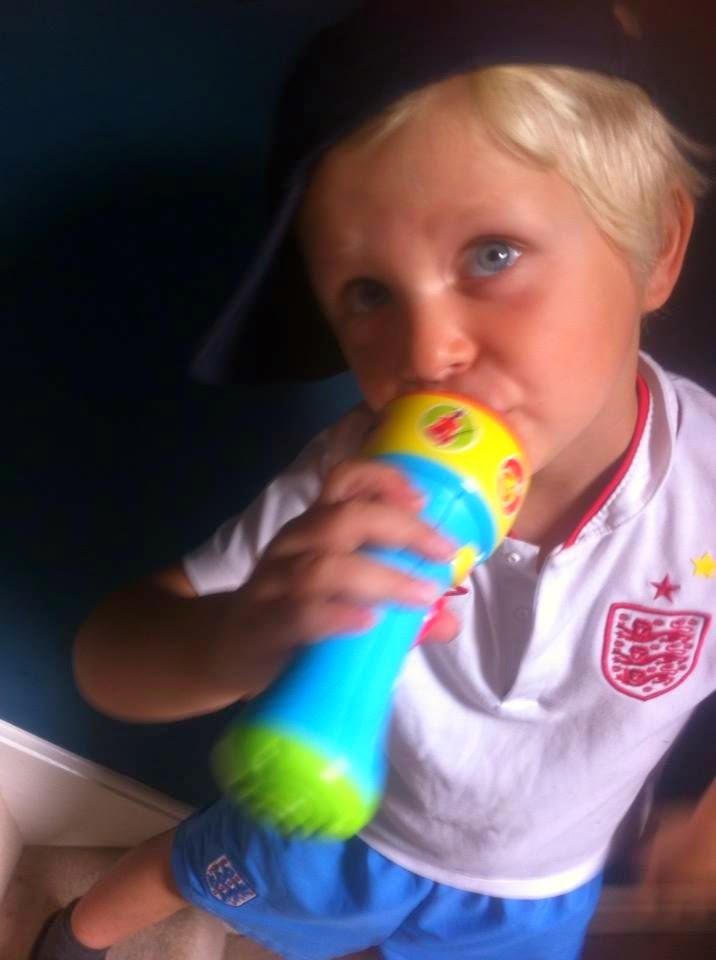 Harvey decided his treat would be a milkshake. Whilst we waited for the "Milkshake Junction" to open, we went to buy a new game to play. Half an hour later and he had decided on a fishing game.

We wandered back to get his milkshake (M&Ms this time) and then it was off home.

I say wander as it takes forever. Mind the cracks! 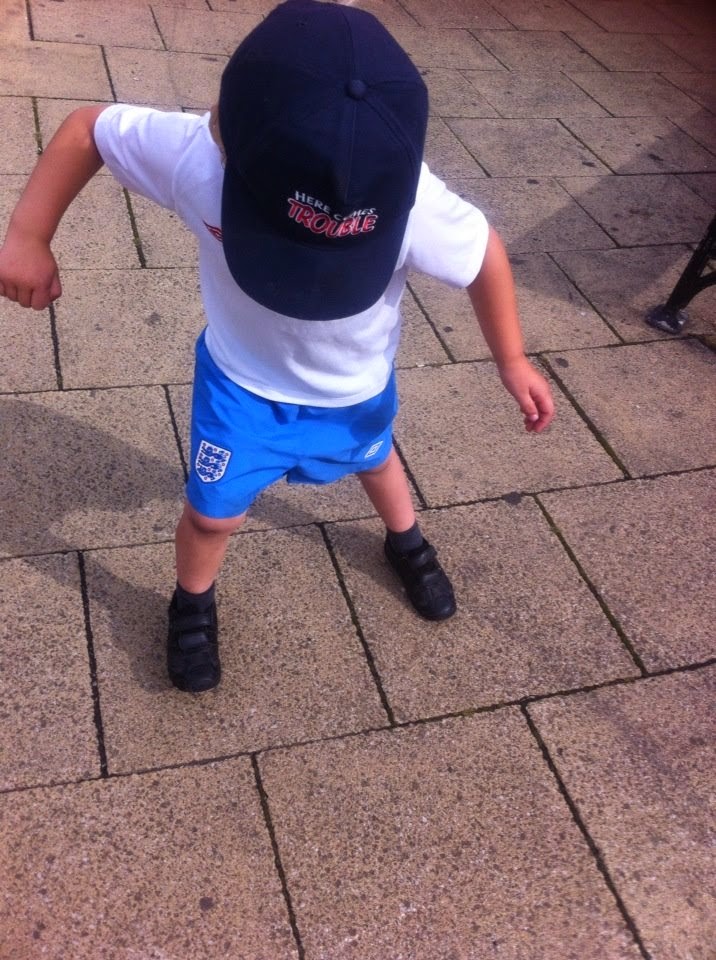 As soon as stepped through the door we had to go fishing. 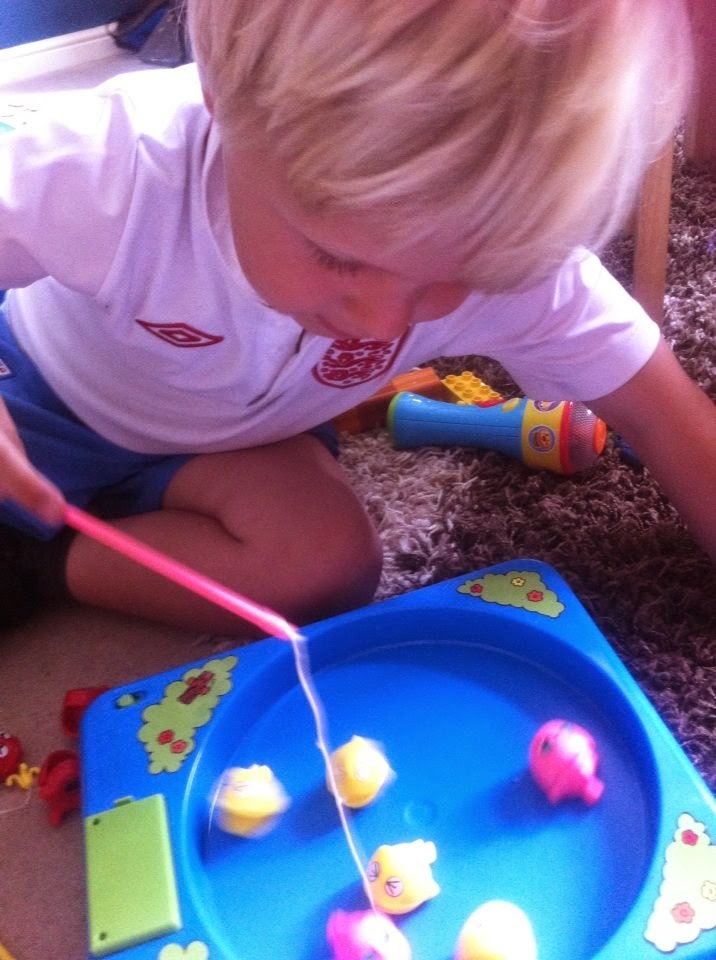 We had a bit of time fishing then we thought we'd clear up as the entire room could be mistaken for Toys R Us. Harvey would do one side and I'd do the other....but where was Harvey?

I could hear these little tubs giggling away.... 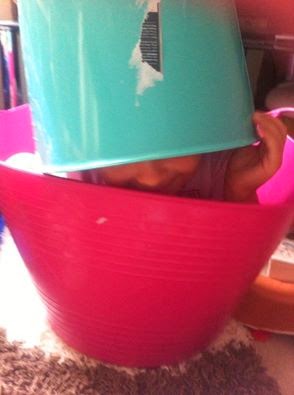 It was great fun even without Alyssa being here too. As Harvey said...

The rest of the day was just yet more playing as it was miserable weather outside. We ended with a naughty treat though ~ a takeaway Chinese. Yummy!

Oh, and Alyssa's tooth has fallen out. Finally. She's been moaning and whining about it for weeks. You better be prepared Tooth Fairy. She's expecting "note money" for this one she said!