I've switched bedrooms with my children mainly because they have much more "stuff" than I have and it means that they have space now to actually be able to play in their room too.

I managed to do the entire move by myself which included dismantling my double bed and then re-building it. I have a large storage bed where you lift the top to put your things underneath. Perfect! (Until you realise just how much pressure those arms are under and it nearly catapults me over the other side of the room. In hindsight, I should have had someone else helping.)

All was going well until I was moving my daughter's large wardrobe. It decided to dismantle itself!

I had bought her a chest of drawers and a wardrobe when she was 1 which is now 6 years ago. It wasn't cheap and it was in a design that I thought would grow with her. It was bright pink with white fronts and featured flowers and butterflies.

The chest of drawers fell apart within a few months and the wardrobe started to go the same way after about a year of limited use.

It had finally decided to die though on this final move. RIP wardrobe...

I had loaded the smaller parts of the wardrobe in my car ready to be taken to the tip when I saw this blog post from claireabellemakes in association with Able Skills . She urged us to try and upcycle something! I didn't know why I hadn't thought of using it anyway. I've already upcycled my old car tyres in my garden as raised planters so why was I going to let all this wood disappear out of my door? 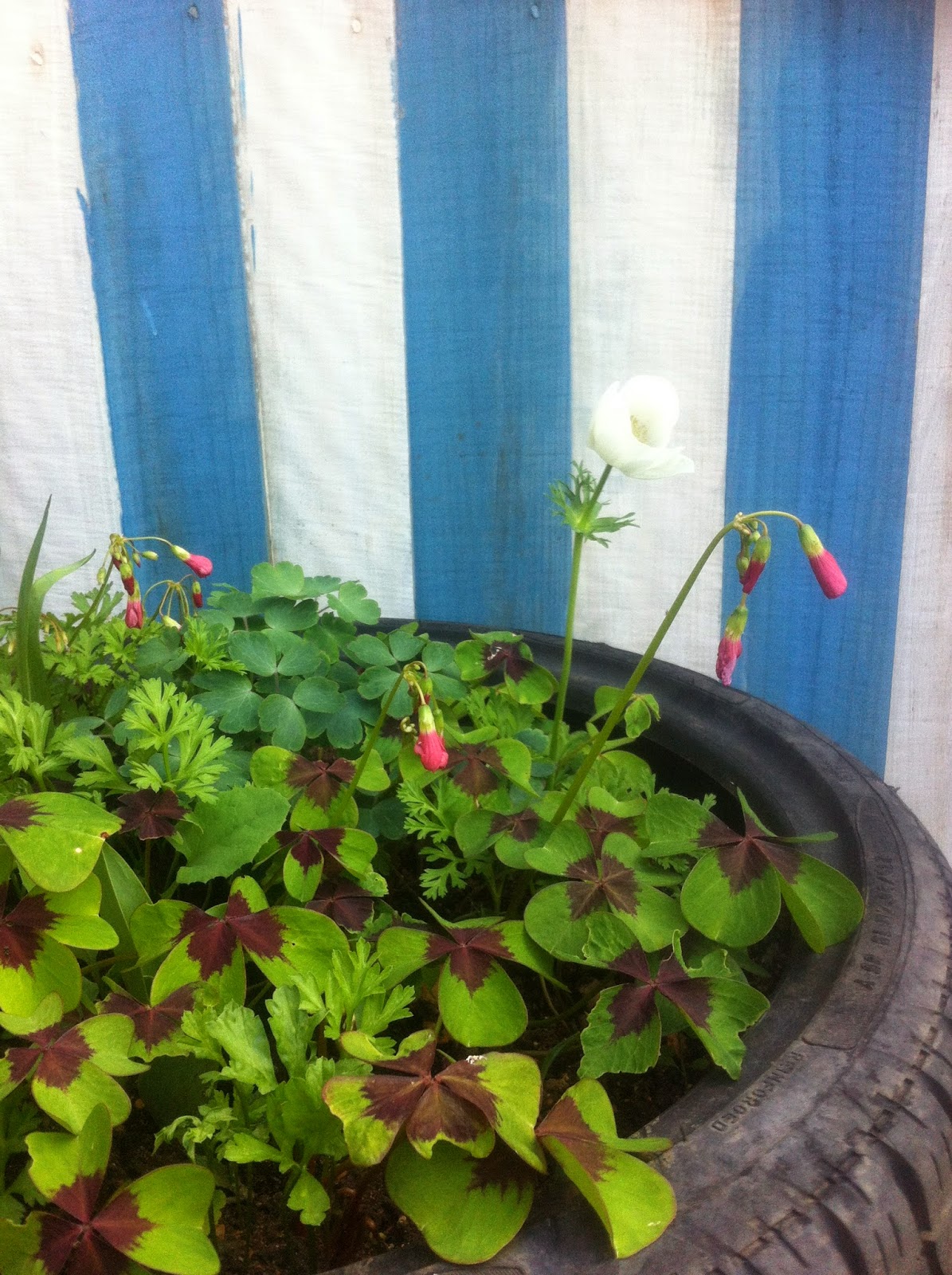 Just on a side note to the tyre idea, "The Sweetpeas" helped to create a display at Grandma's house over the summer. We used a huge tractor tyre as the base and then a normal car tyre in the centre. In the top of that one, we got my brother to cut a tyre that was still on the metal wheel into a pattern. This created a 'frilly' edge to it. They planted pansies along the bottom and then some daisies at the top. I think it is in real keeping with our family as we are all interested in tractors and/or cars. 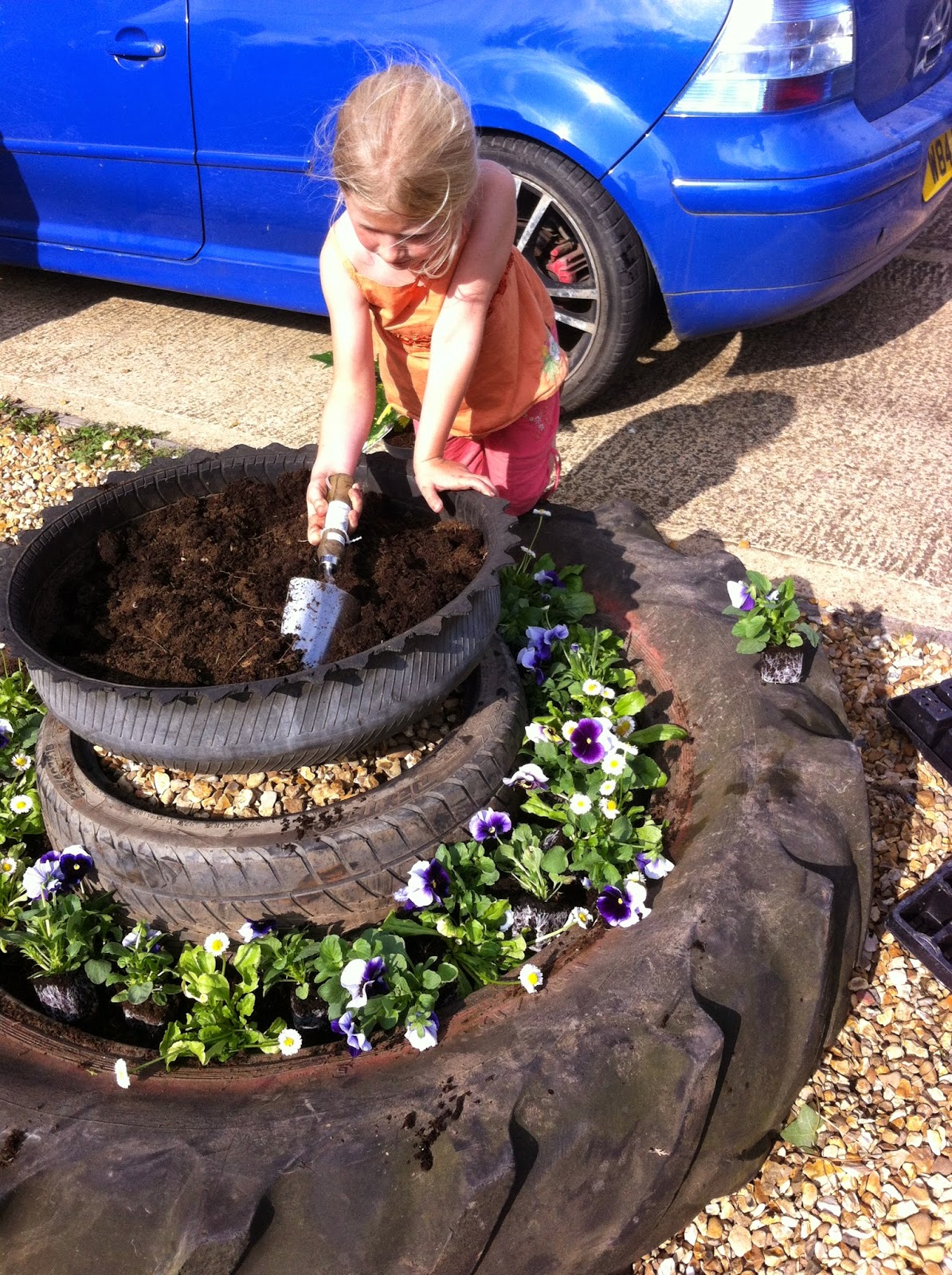 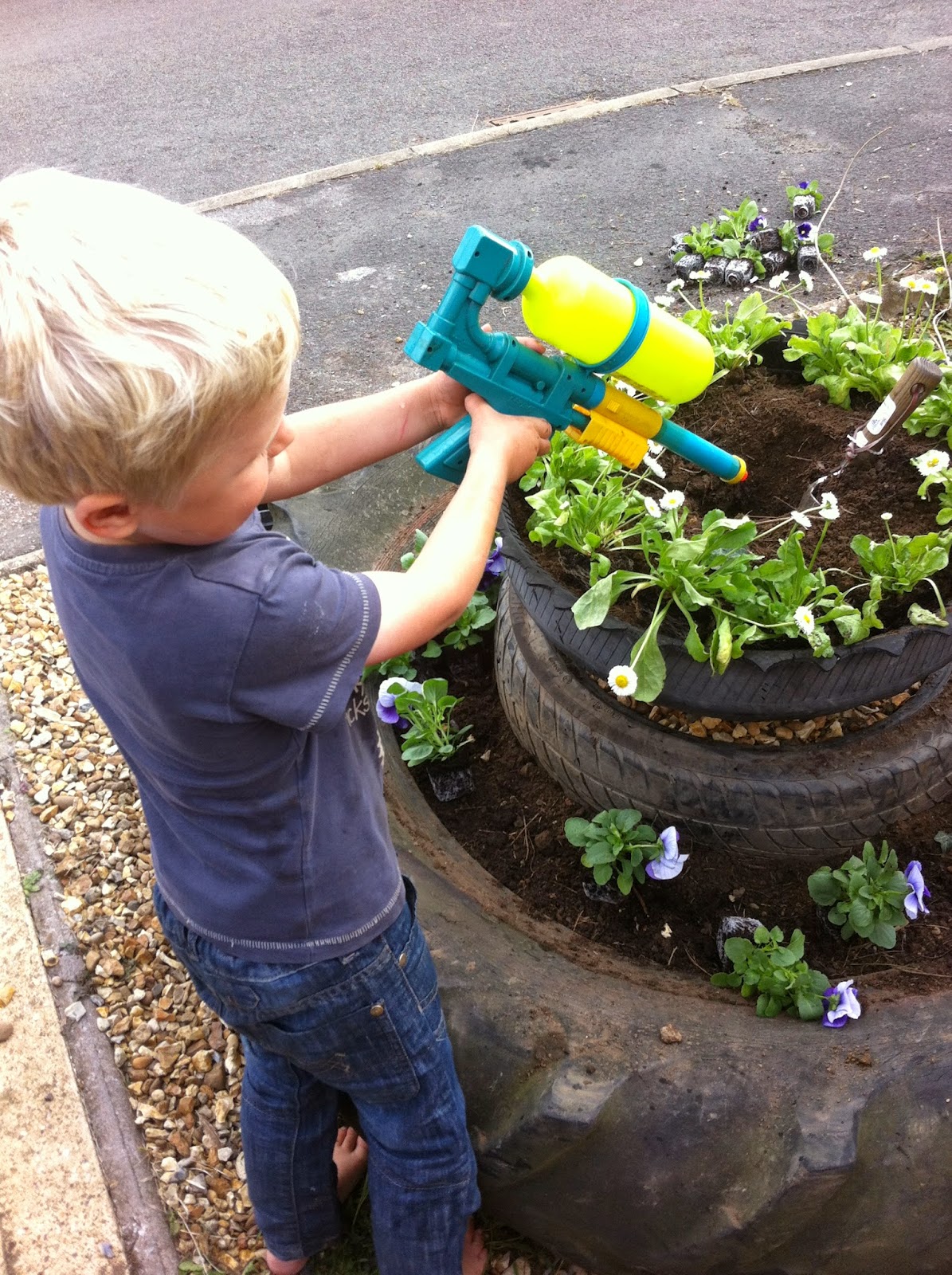 Also in "now-their-room" I have some shelving. My dad made these for me from some pallet wood after I complained that I had nowhere to store all my DVDs. I then stained them with a walnut wood stain so that they matched the rest of my furniture. I love them as they are unique and I know that they are strong enough to hold anything I put on them. In fact, my dad always said the wall was likely to fall down before the shelves would collapse.

Anyway, back to that wardrobe. Now just what could I make that I actually needed?

Alyssa does need a desk where she can sit and concentrate on her homework. That's it! A DESK. That would be a massive project though and perhaps one where I can be outside to accomplish it. It's now October so not the time for that. The desk will have to wait but the wood shall stick around ready for it.

Next idea then in order to have a go at upcycling.

I do need some more hanging space in "my-now-bedroom" as the larger bedroom has a fitted wardrobe and the smaller one has no space if a double bed is in there.

I don't need to be hanging up long dresses so there is one space in my room which would be perfect! I could even add a type of shelving part to the top so that I could display a few things away from little hands. Yes Harvey, I'm talking about you little man.

Right, I best get sketching. 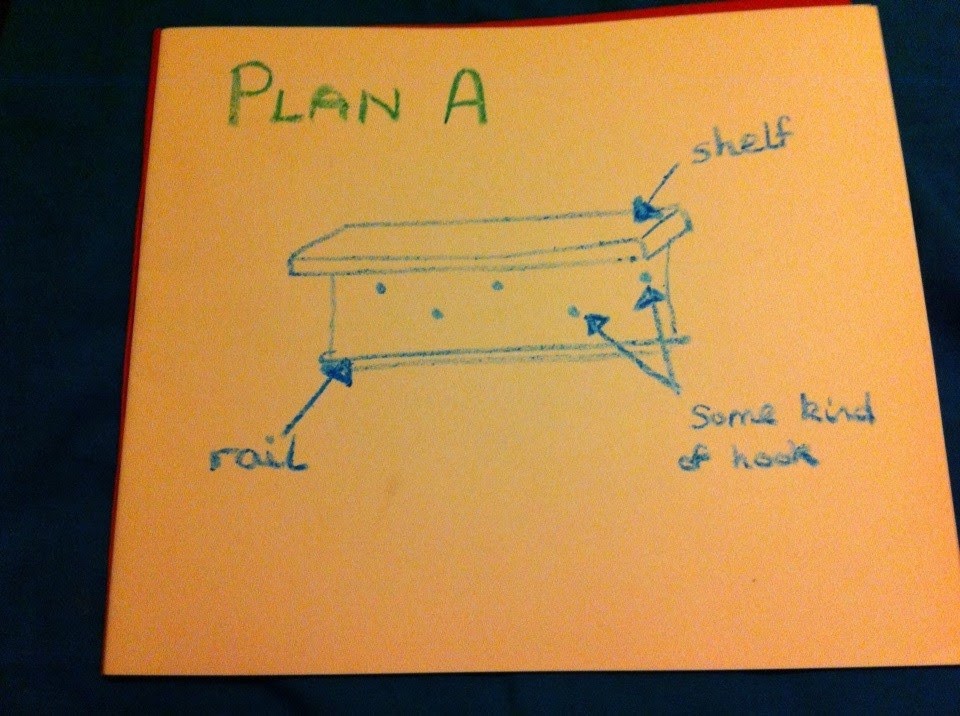 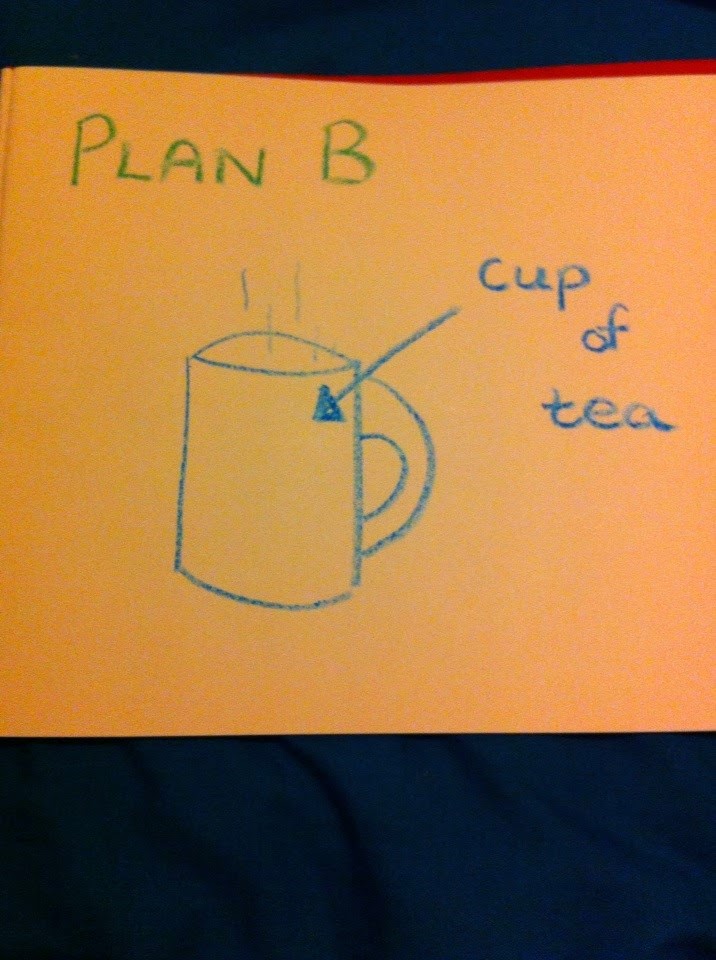 It's late as I'm typing this so Plan B will happen now and Plan A will commence tomorrow.
( You'd never believe I got an A Grade in my GCSE Art would you? This is what can be achieved with a jumbo wax crayon and that's my excuse!)

We decided to attempt to have a mini project of building a toy shelf just so that we could get an idea of what kind of materials we could actually find and use.

Whilst looking for items, I came across some old signs that my dad made for us when we were little. These must be at least 17 years old now and were made from off cuts of wood. I remember him writing out our names and using a jigsaw to cut them out. I plan on staining my one and putting it up on my memory wall I think! 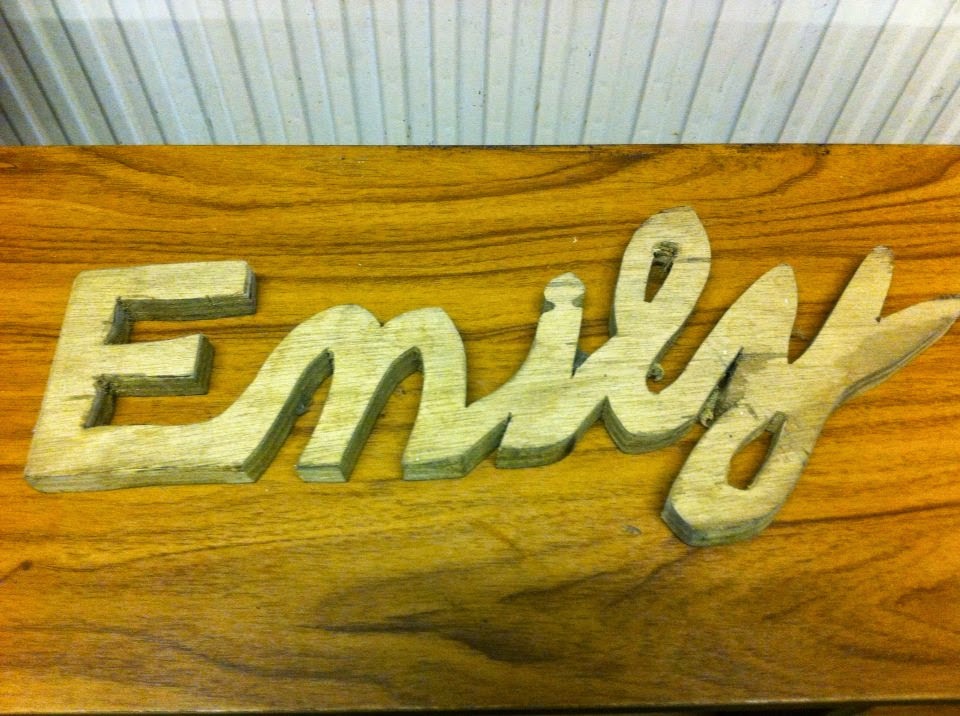 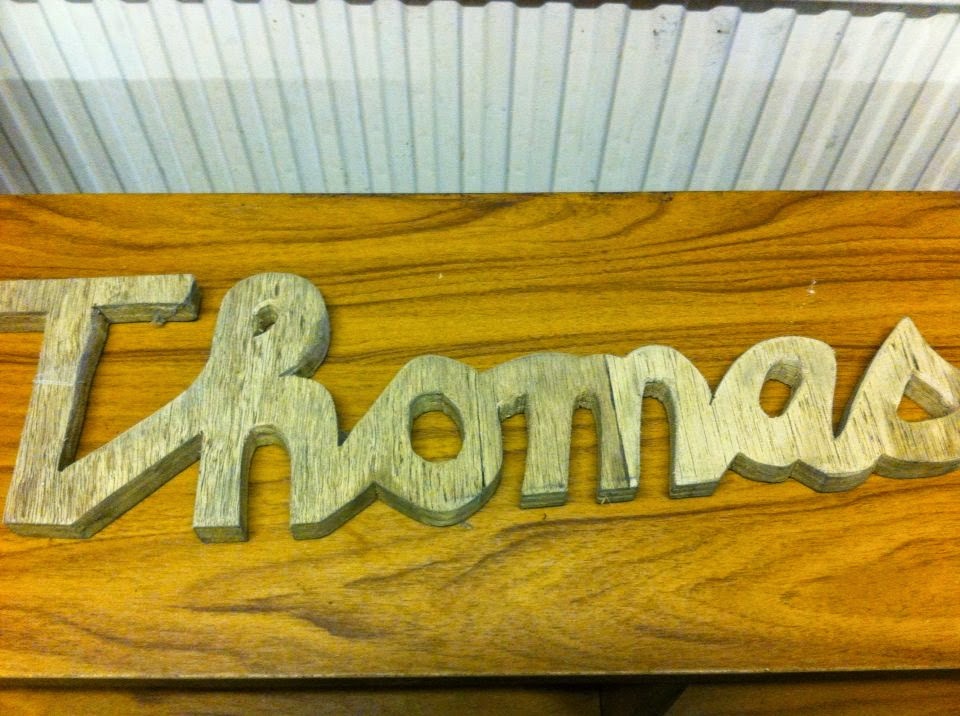 Anyway, on to the build. They found the location that they wanted their shelf to be. Corner of the garage ~ that'll be perfect! 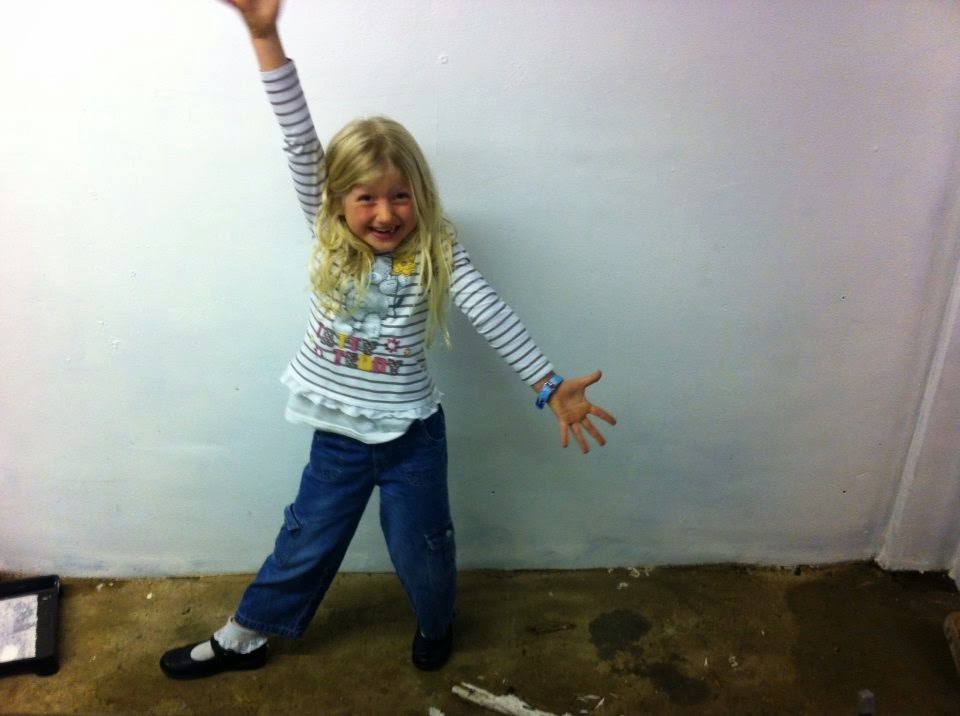 They then went on a treasure hunt to find materials to use. They found some old bricks, guttering that was leftover and the old fascia that had been removed when the new ones had been installed. Some old car springs were found too which Harvey in particular wanted to use.

I let them get building and then putting their toys in place. 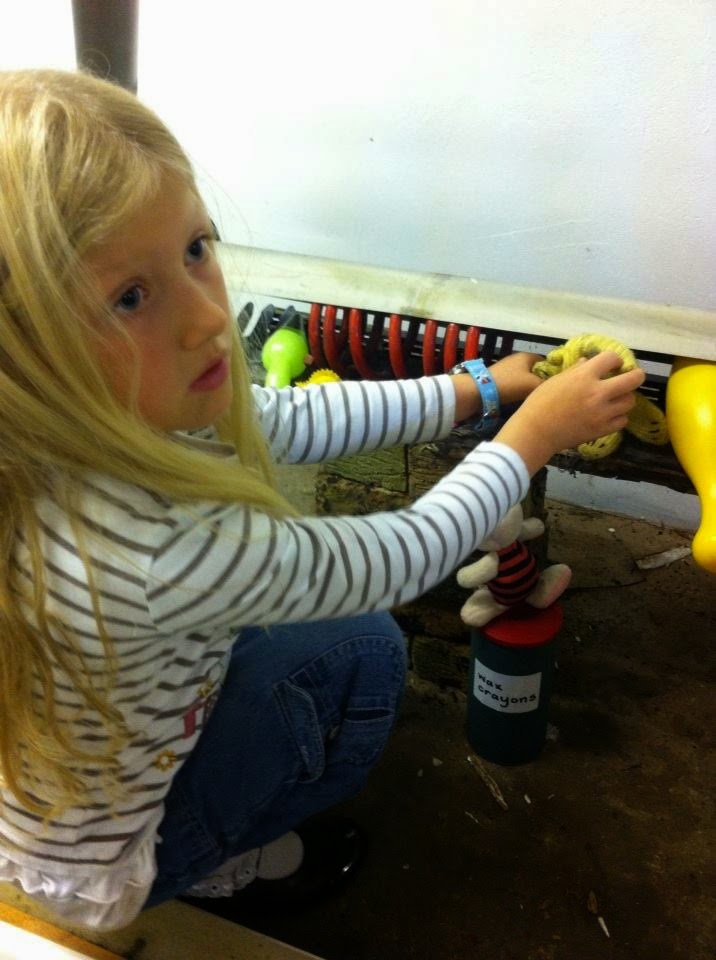 Alyssa absolutely loved that we were turning "rubbish" into something useful. Harvey was more interested in the practicalities of it.


Yes, it most certainly needed to be fastened together in someway before it could be used on a daily basis or simply if Harvey was anyway near it. We found him in the garden as he thought he'd broken it completely but, explaining that we are just upcycling and we could make it again, he was happy again. 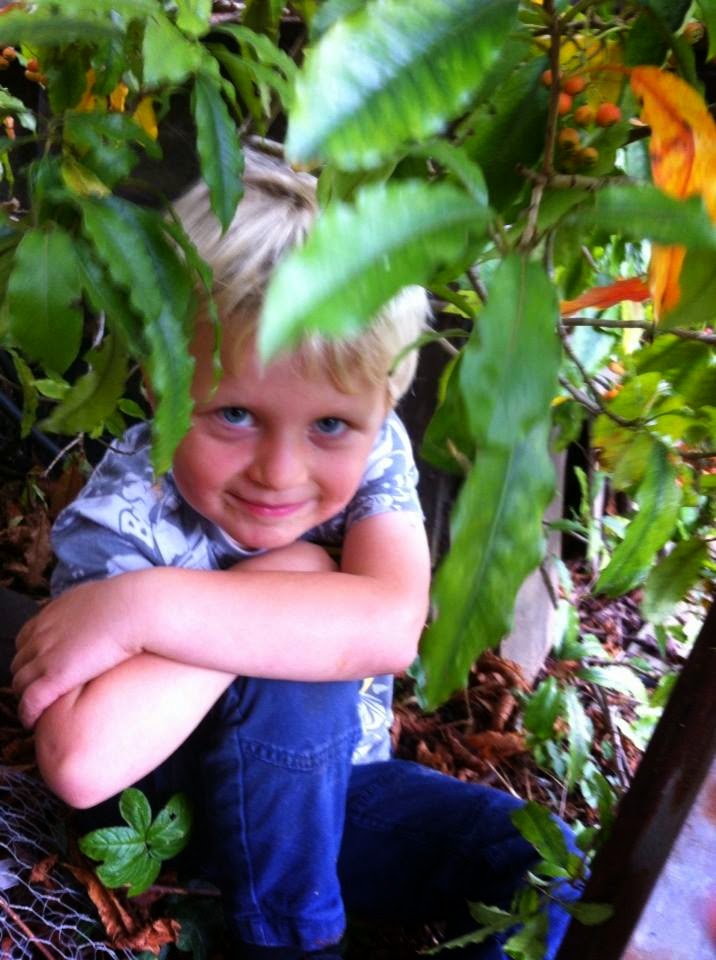 I shall be updating this again when we do more upcycling projects over the next few weeks.

Email ThisBlogThis!Share to TwitterShare to FacebookShare to Pinterest
Labels: upcycling