If you've seen some of my photographs recently, you will have seen that Harvey's hair was beginning to resemble something of a mop head just plonked on top of him. He needed it cutting so I booked him in with our friend who always cuts his hair. She is so patient with him even though he is usually flapping around, wriggling around in the chair and basically doing anything rather than just sitting still.

This evening it all changed though. He sat in the chair by himself without me having to have him sit on my lap. He even let her put the gown on so hair didn't fly everywhere. Often it was just a "go for it and attempt to cut" and the gown wasn't worried about too much.

Harvey let her snip away without too many problems and was superb in comparison to previous attempts.

So here we have him. My grown up Harvey who, on the way home, announced...

"I want my hair cut every day." 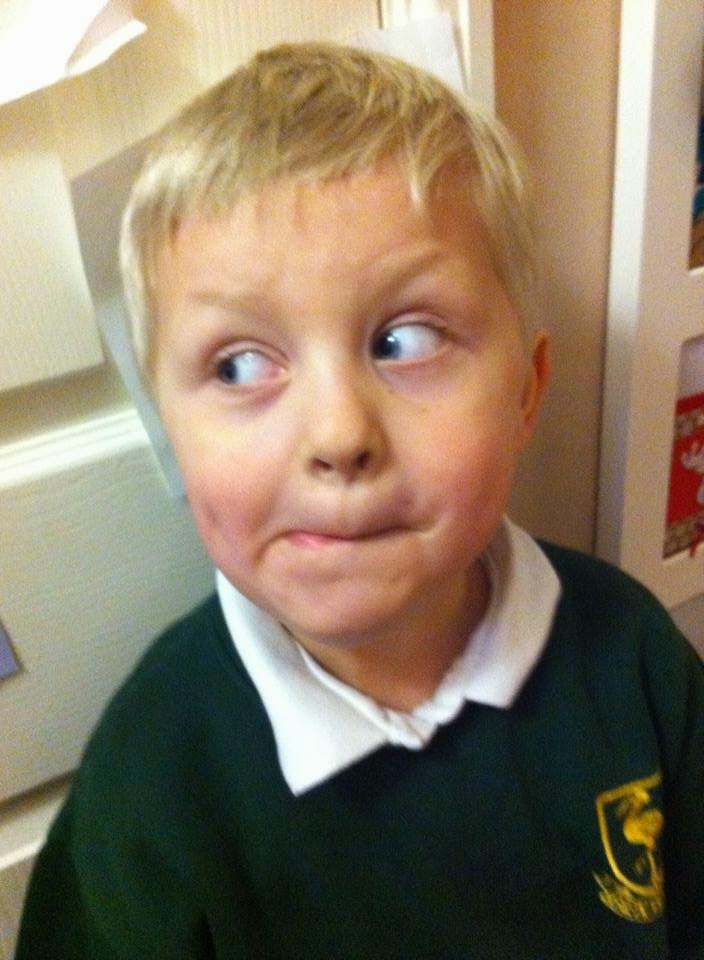 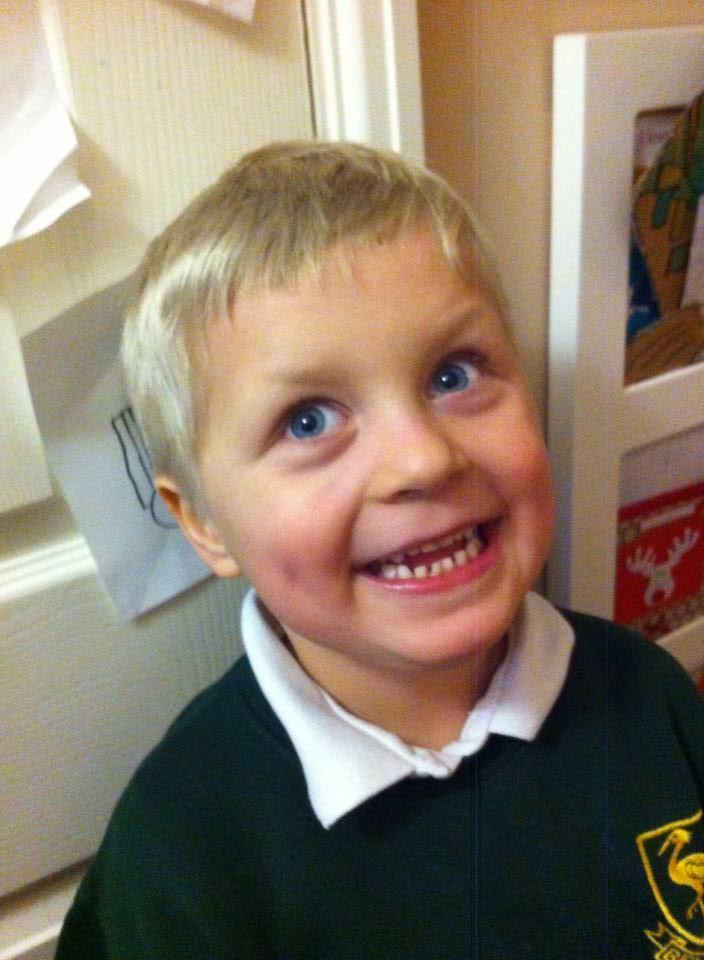 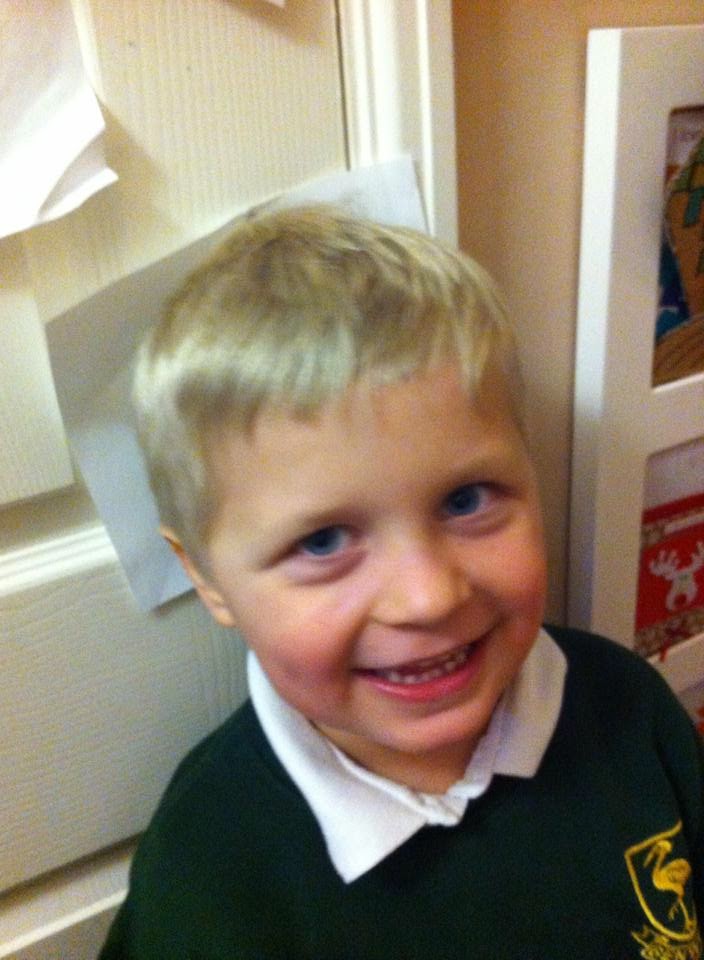 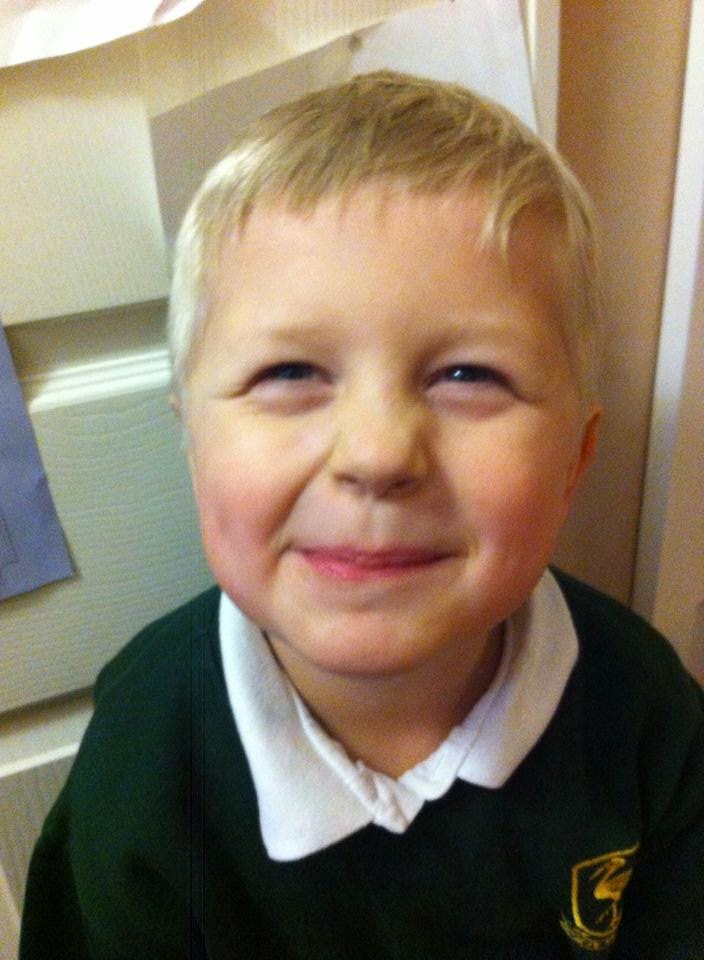 I was utterly amazed and perhaps this may be the start of him listening to my requests to behave himself and then tasks get done quicker. I had also promised him fish and chips for tea afterwards which may have helped but he's put that off until tomorrow evening as he would like to "celebrate" with Grandma.

(There you go then Mum, celebratory fish and chips tomorrow thanks to Harvey having a good hair cut.)

Alyssa on the other hand is an angel when it comes to having her hair cut. She requested "just 2 snips please" as she wants to keep her long hair. She does like to be pampered though and kind of goes into some kind of trance as she sits there so still and quiet.

How do your children behave when they have their hair cut?
Posted by Unknown at 22:06