He started off the day with simply playing in his room and then coming in to have a chat with me about how big he now is that he is 5 years old.

He got to open the cards that arrived through the post and was very excited about one in particular. Our friends,Lisa and Marty, had sent him £10 that could only be spent on "something fun." He gave me long lists of what he may do with it including a trip to DiggerLand. 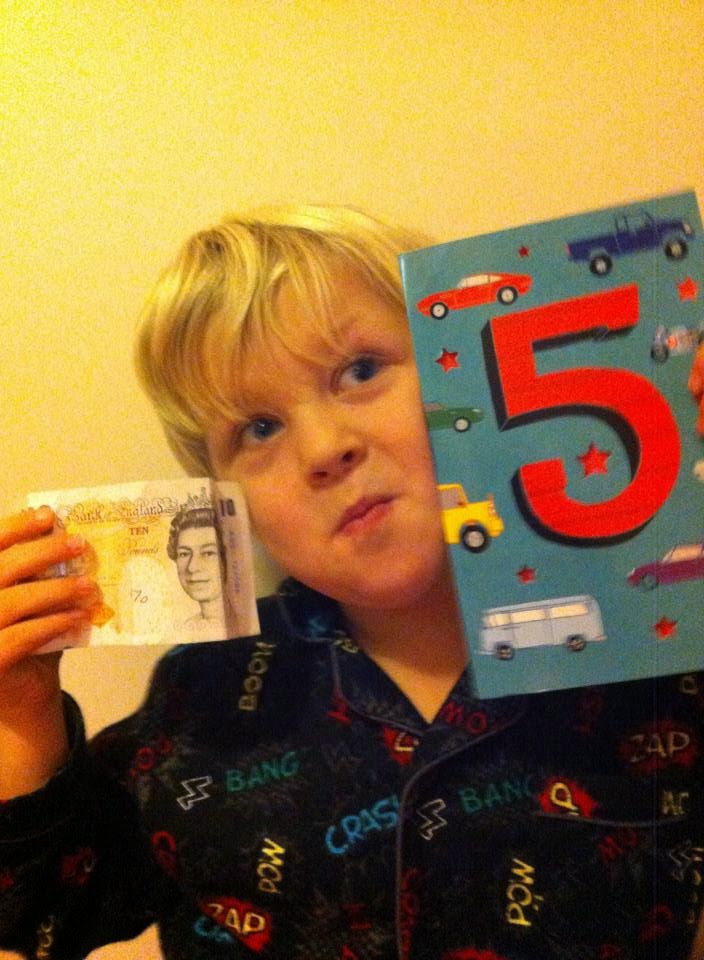 We spend the day at my Auntie's house as we had intended going to a soft play centre. The weather had other ideas though as it was majorly windy and I didn't like the idea of driving too far in that.

Harvey packed his bag of the things he wanted to take with him.

The first task when we got there were to blow up the 10 illuminating balloons. These were fantastic as you just pulled the tab out and then blew them up. There's a little LED inside that made the balloons glow. This photo was taken at about half past 10 in the morning as we had to shut all the curtains again to see how good they would glow. 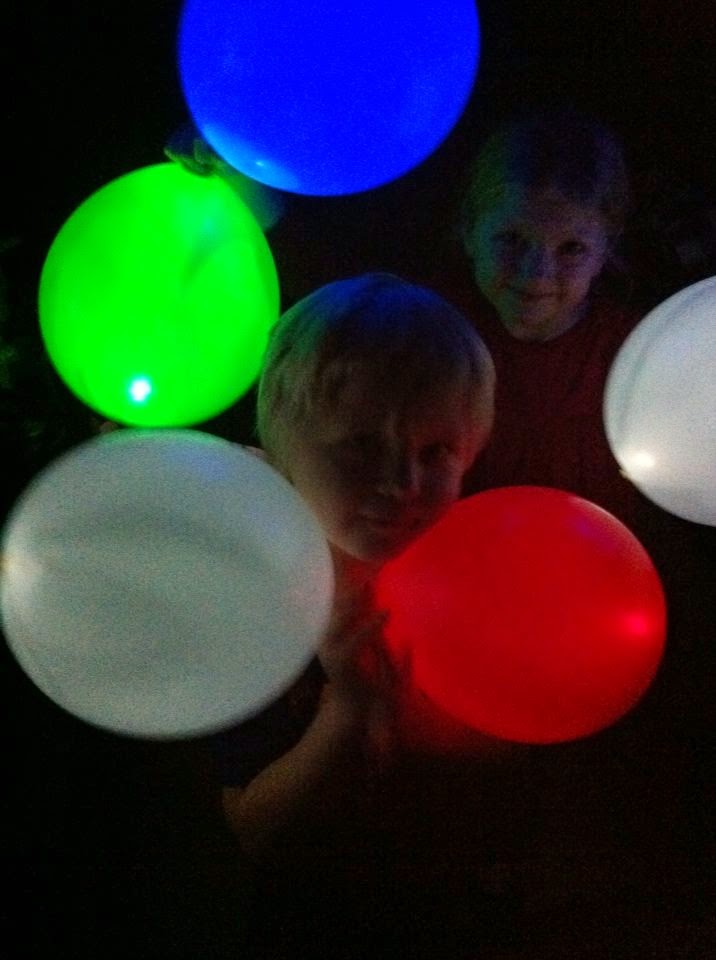 I'd got him a little excavation kit from 99p stores as he'd loved playing with one when we were on holiday last summer. It's amazing how something so inexpensive can keep him occupied for so long. He really loved chipping away at it with the little tools to reveal some glass nuggets inside. 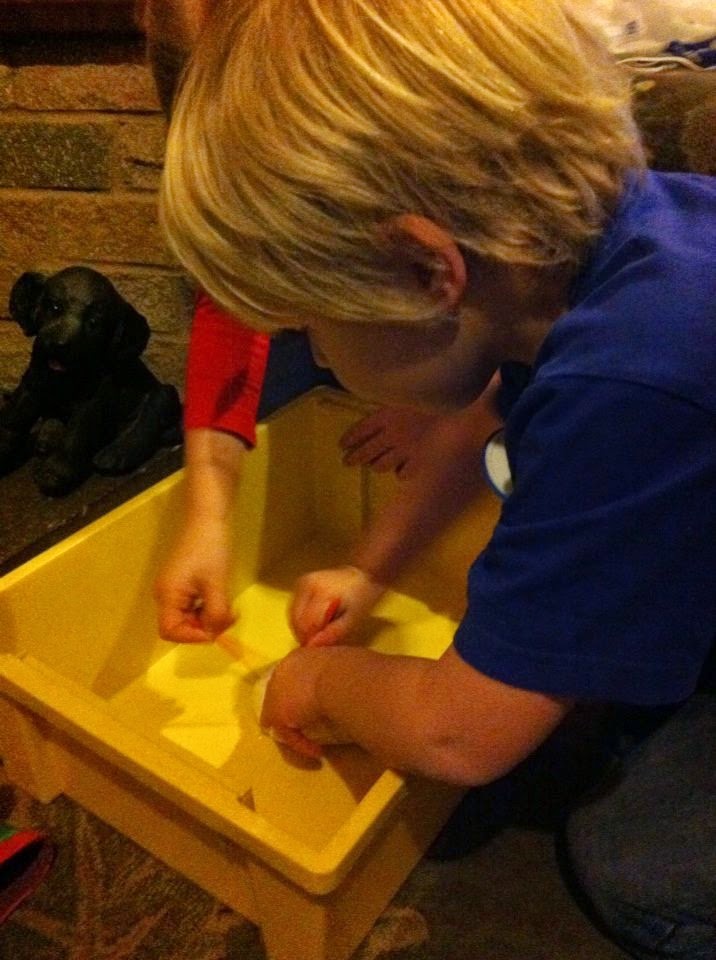 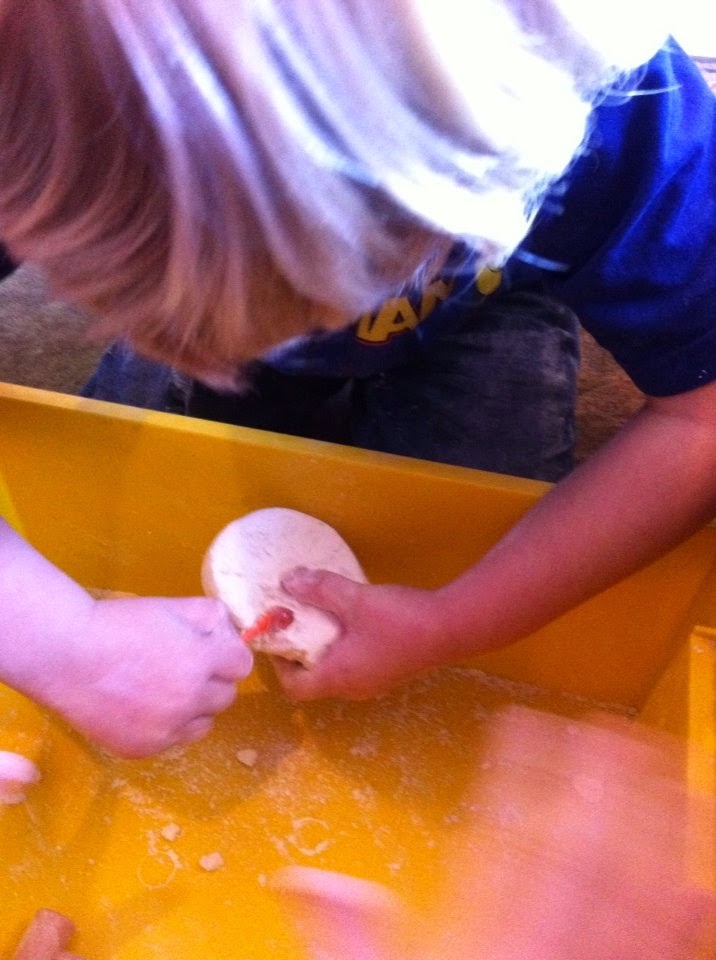 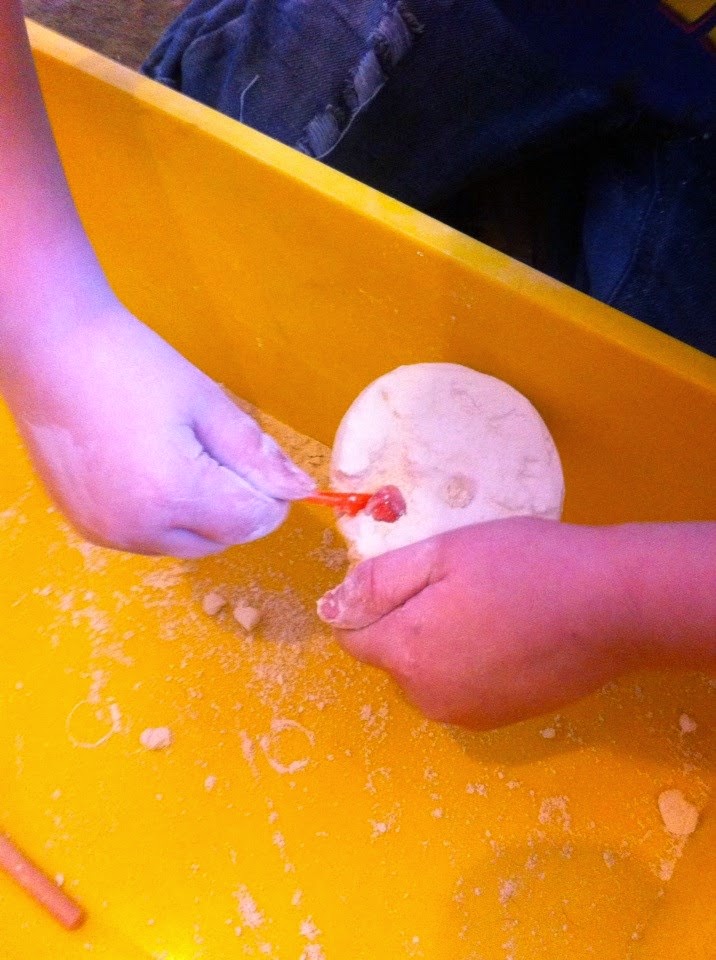 Later on, some more friends and family arrived and we had Harvey's choice of a takeaway for tea. We could then put his candles on his cake and sing "Happy Birthday" which he had been wanted to do since he woke up at half past 5 that morning.

As you can see, I didn't even attempt to make him a birthday cake this year. He'd decided he wanted a Teenage Mutant Ninja Turtle cake and seeing as Tesco sell these, I went for that option. (Some may call that lazy, I call it "I won't poison anyone on Harvey's 5th birthday.) 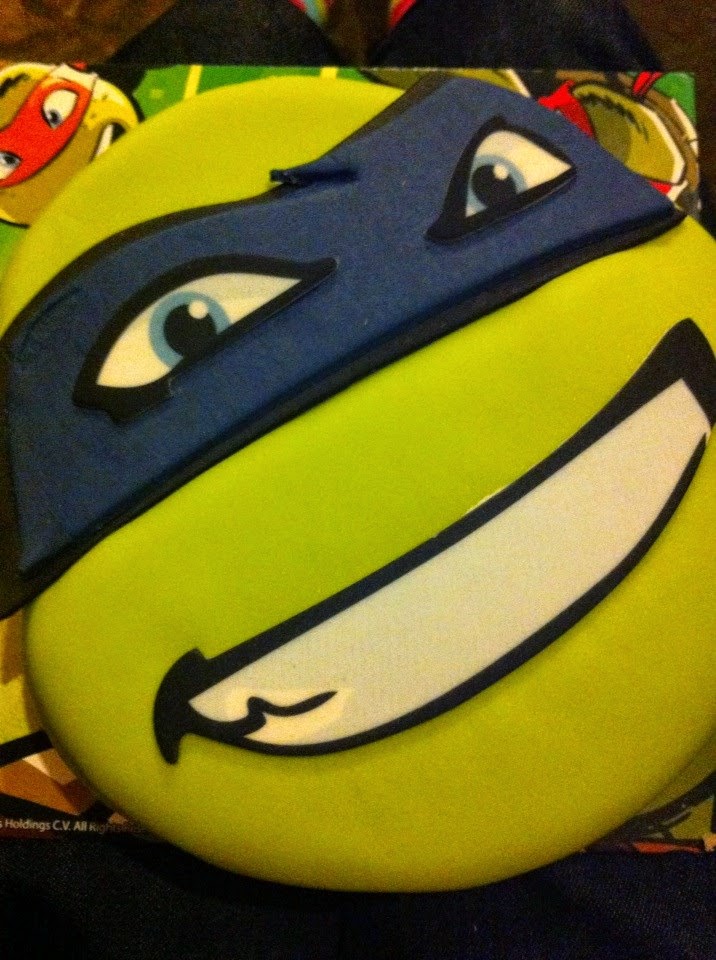 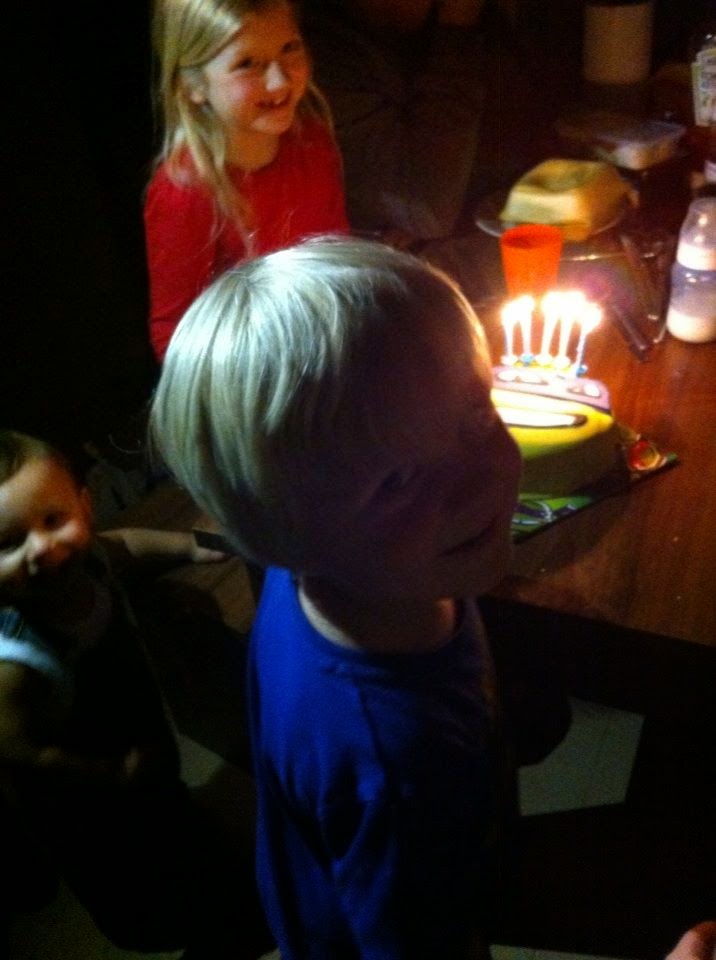 So however you know him, whether it's by the name Chunky, Harvey Warvey Woo Hoo, Har Harv or simply just Harvey, please wish him a very Happy 5th Birthday.

(Oh and the balloons are still going over 24 hours after we started them off even though Alyssa kept telling everyone that "The instructions say they only last 15 hours.")

Email ThisBlogThis!Share to TwitterShare to FacebookShare to Pinterest
Labels: birthday