The Sweetpeas and I head off on a summer holiday with my mum and auntie. I suppose you are now reading this and thinking why on earth I am writing a review about it now. Well, it's because I'm currently on holiday from work and I'm having a bit of a sort out. I came across some of the photographs and also the blog post that I had written but for some reason I never published it. It followed on from when we were packing. (This is now why I have my diary so that I stick to my publishing routine.)

For more details of the resort, please do head to their website.

It was incredibly sunny when we left home and they were very excited about going to Sunny Hunny. 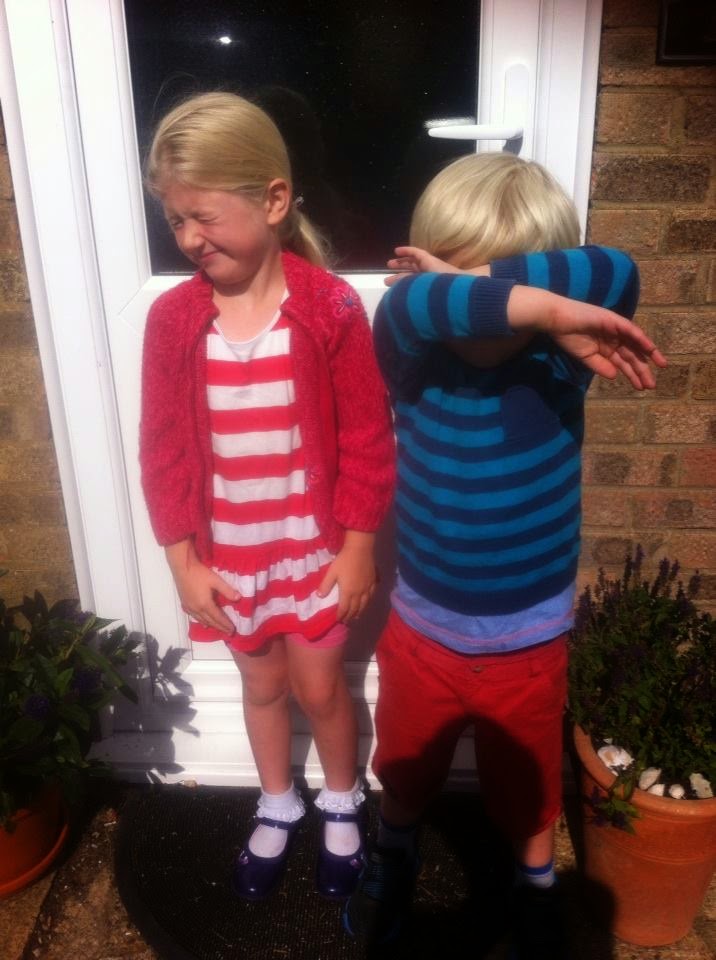 Going through the main gates, I initially encountered a problem of finding where to park in order to go and check-in. There seems to be a few spaces at the front and then some more further down. Most were full up but this may have been due to their being a caravan sales afternoon when we arrived.

A young man greeted us as soon as we approached Reception which was really polite as that clearly wasn’t his role and he was just passing through. A young woman helped us to check in by confirming our reference number. She was very efficient and handed us an envelope containing our entertainment passes and then guided us on the map to where our caravan would be.

It was really easy to find as everywhere is signposted. There was room for our two cars right next to the caravan off the road where others will be driving and walking.

They couldn't wait to get in. 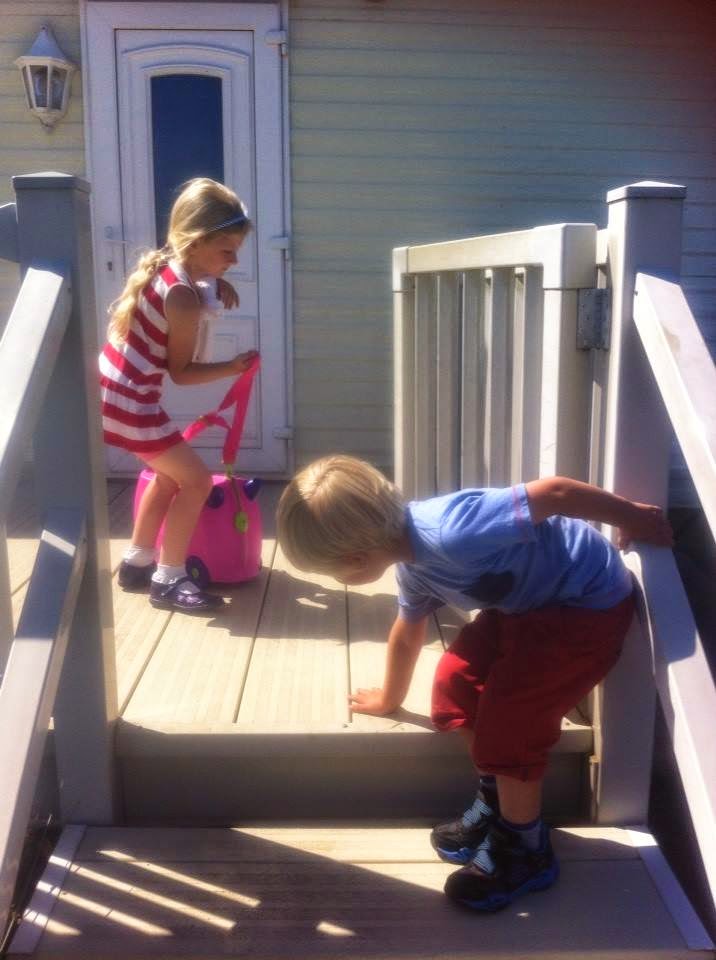 Upon entering, everything looked and smelt really clean. I had to smile to myself when I instantly saw the "fighting octopus" coat hooks. I saw someone say that once and now I can't see anything but a row of octopuses. 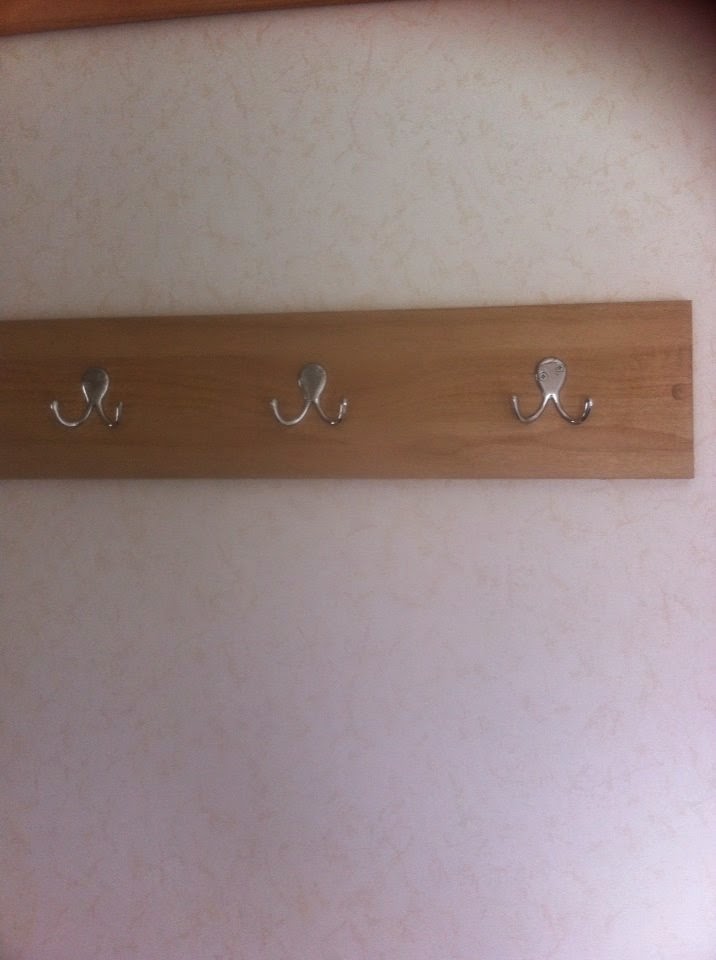 We’d decided on a silver plus package. This basically meant that we could check in at 2:30pm rather than 4pm and that it was a better standard of caravan. It had multi-room heating which was a major plus point. (A freezing cold caravan holiday a few years ago has now made that imperative if we are going to get a good night sleep.) They are also 12ft wide which means there was more space.

Our caravan had lovely French windows from the living room. This meant that the children could go outside onto the veranda and then play alongside the caravan too if they wished. This piece of enclosed outside space was absolutely superb and ideal for our needs. I’d definitely want that option again.

Harvey loved that he could be outside whilst we were indoors. 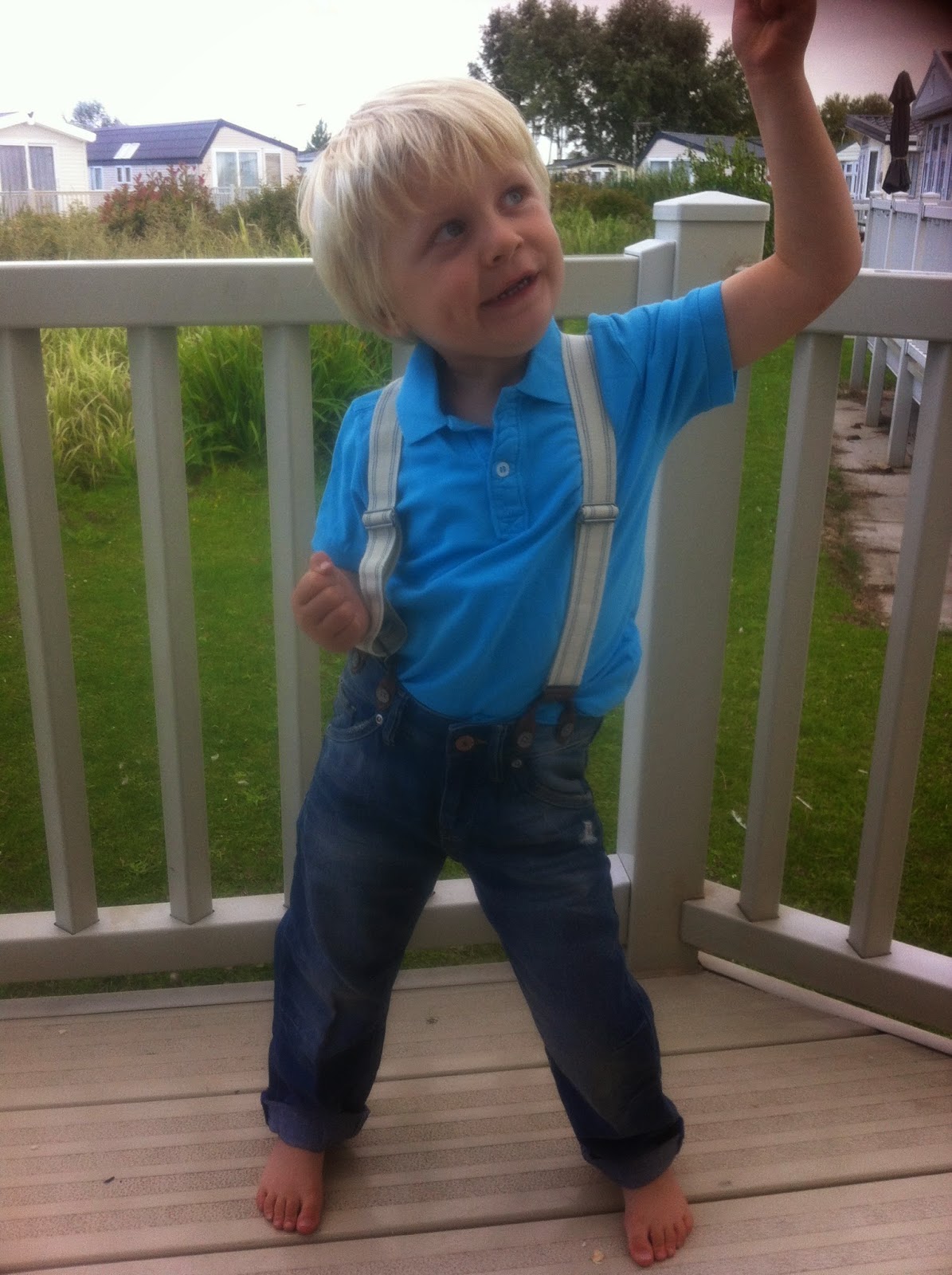 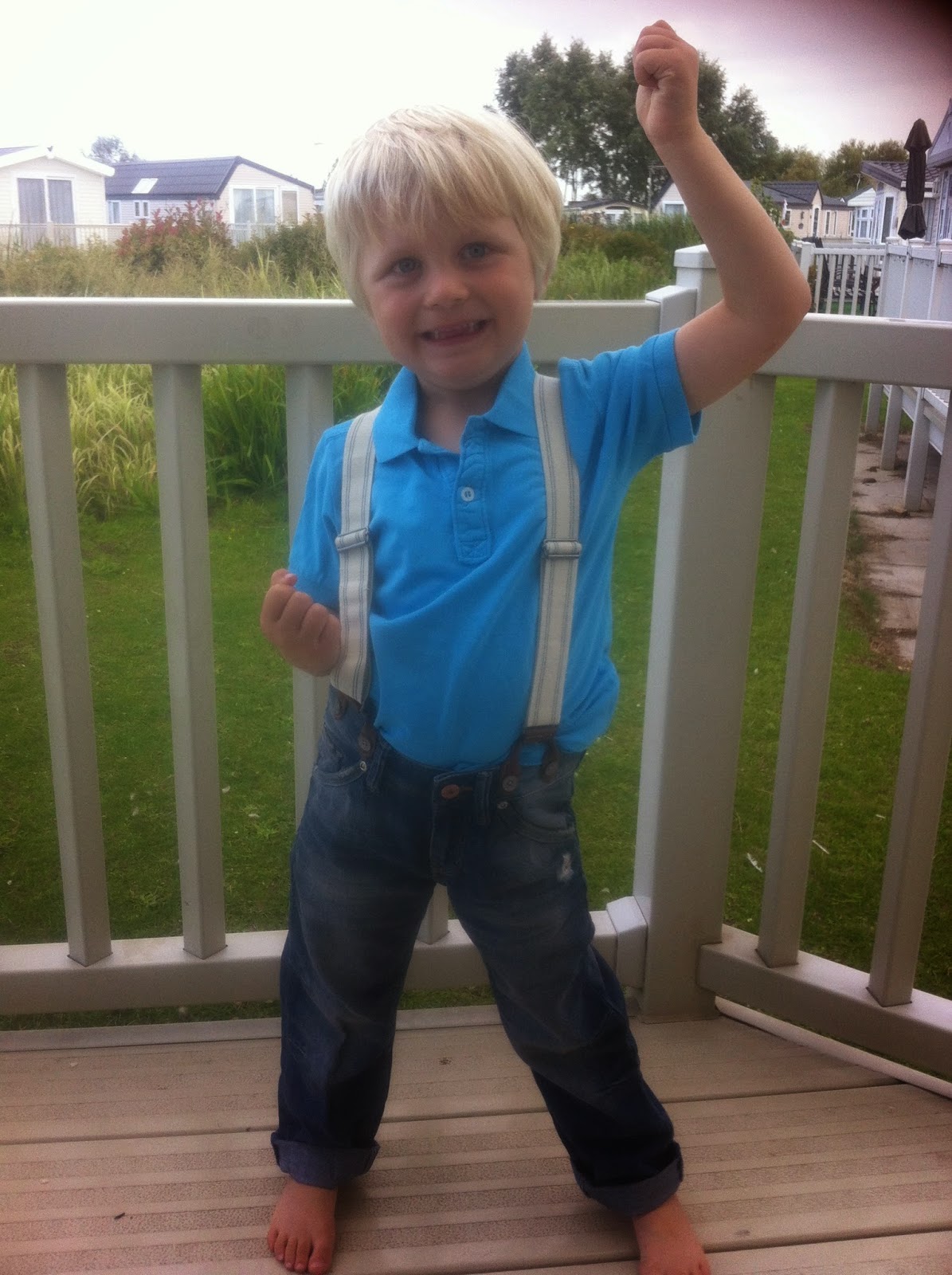 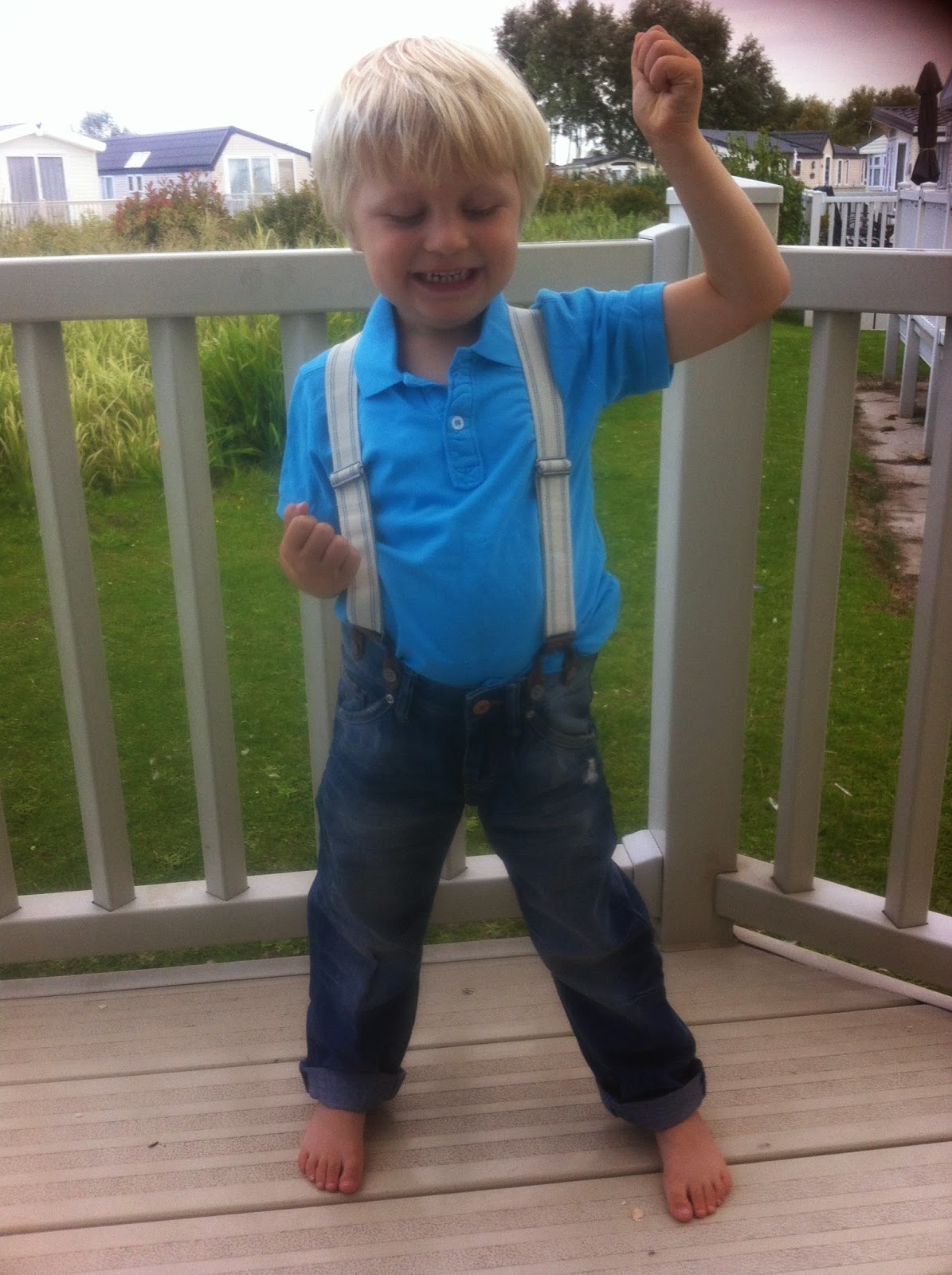 Alyssa also liked being out there too. I shouldn't have really bothered with the caravan, just the veranda would have done to be honest. 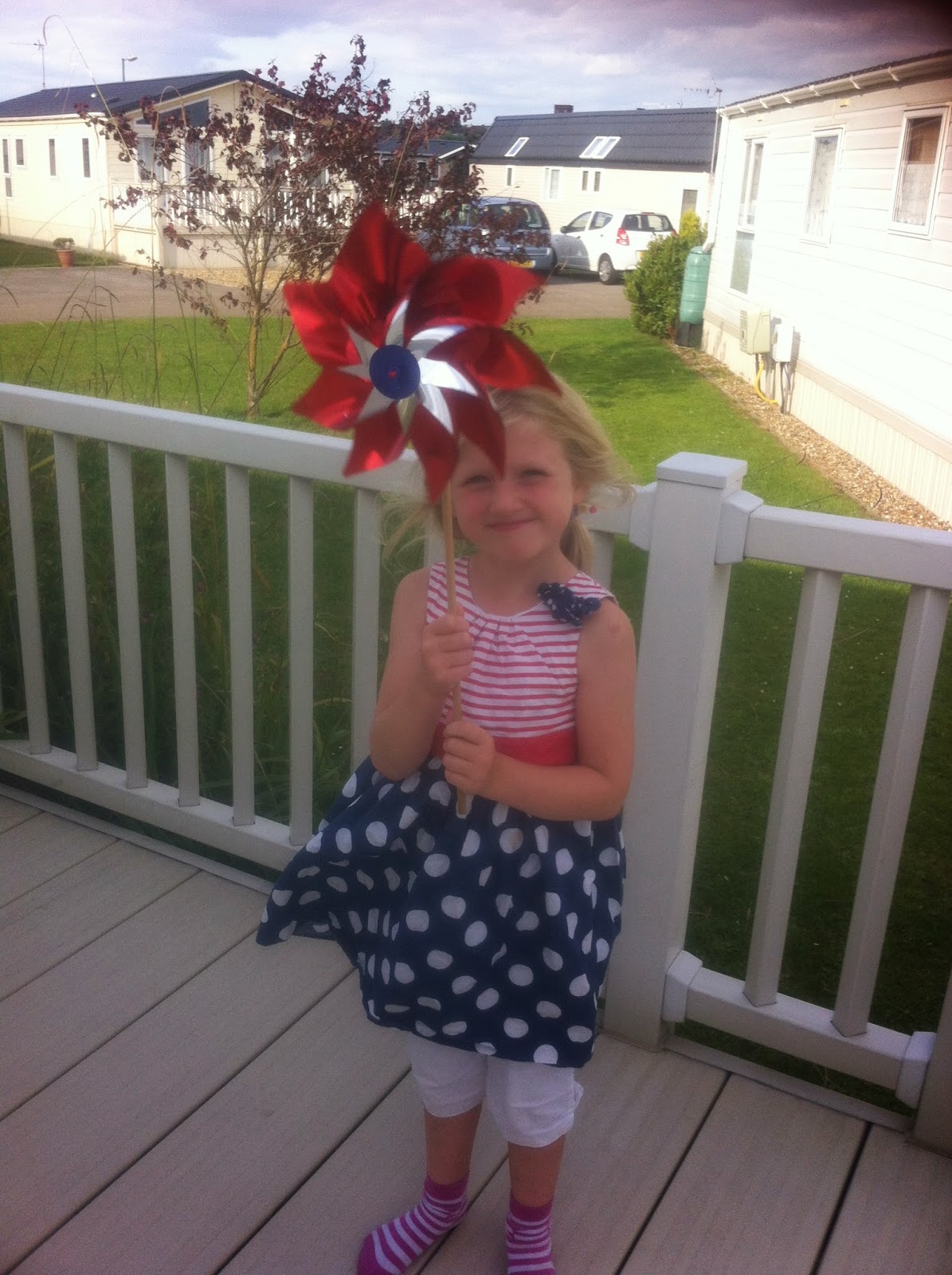 The caravan was decorated minimally. A few little ornaments and some non-offensive artwork. Ironically, also a framed picture of the lighthouse in Hunstanton where we were originally going to be staying. (There were a couple of large vases which were soon put up out of the way to avoid any breakages.)

Also some kind of basket was in our caravan which they thought was fantastic. 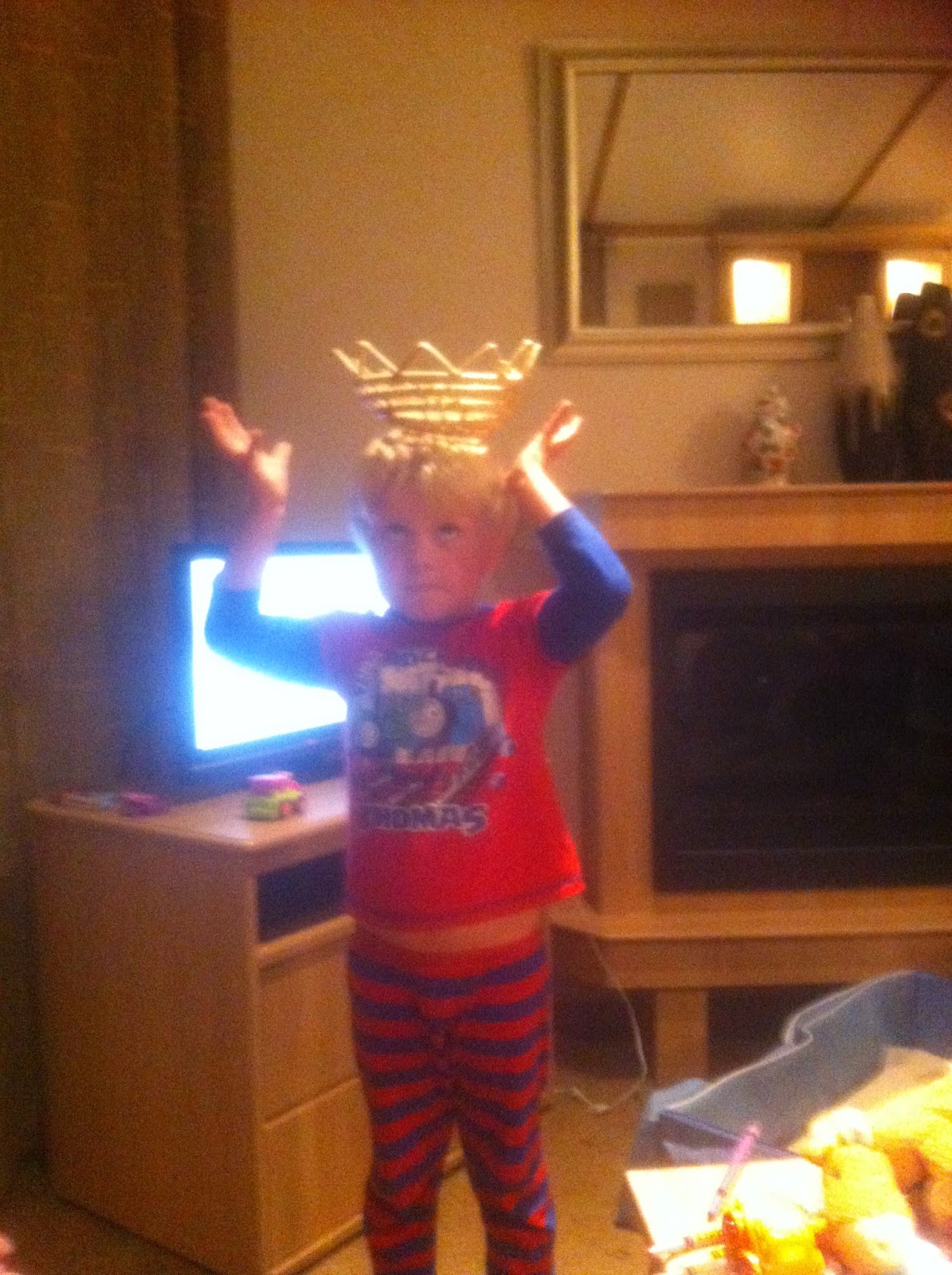 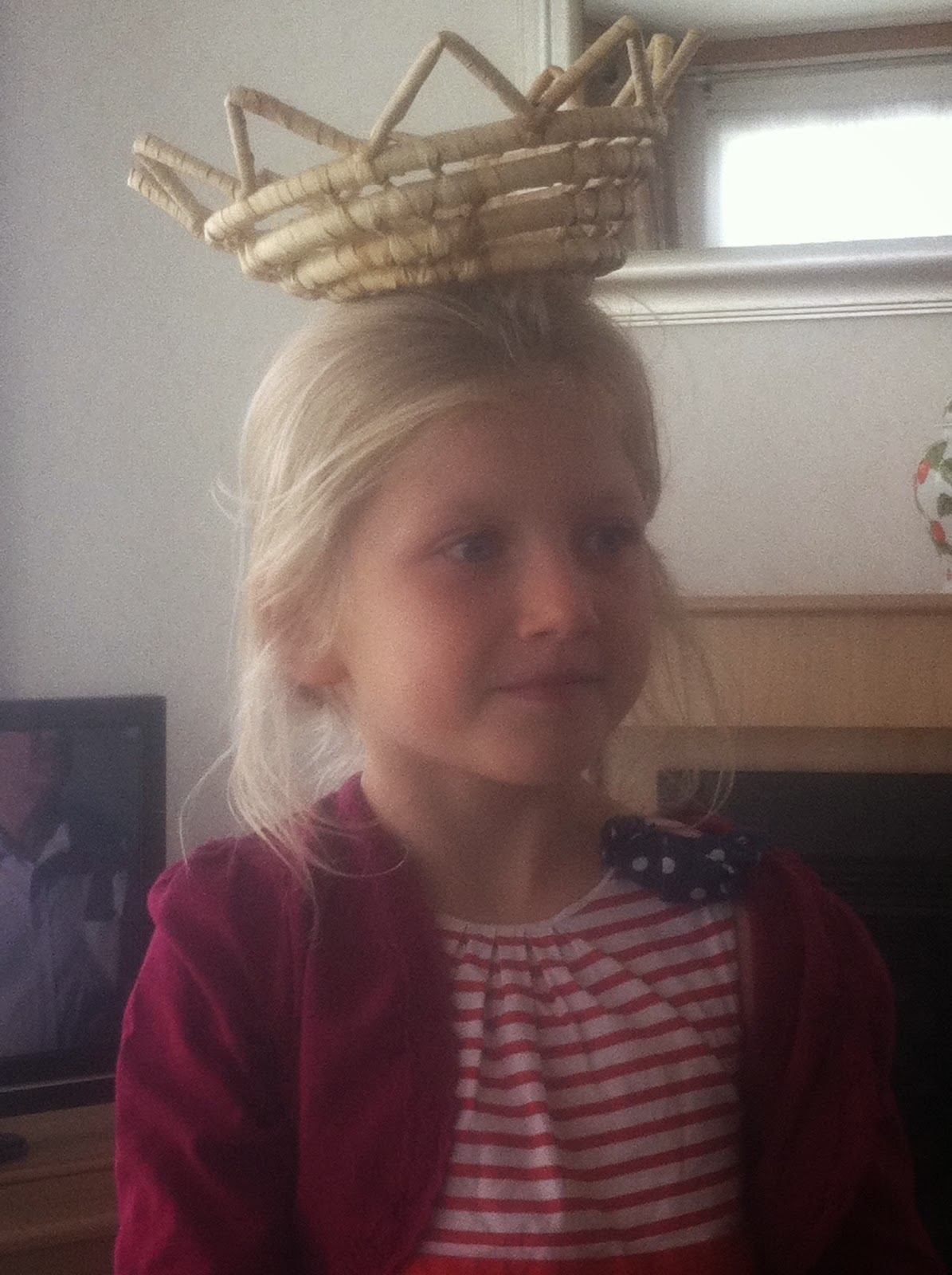 The kitchen was well equipped with toaster, microwave, saucepans and utensils. Some of the items looked like they could do with replacing like the very stained plastic jug. It did include a grater, bottle openers, vegetable peeler,kitchen scissors and varying sized sharp knives. Matches were also included in the drawer but you are advised to bring your own anyway as it has a gas hob.

There were enough dinner plates, small plates and dishes. Mugs were plentiful and also lots of glasses including wine glasses.

There was an immense amount of storage. Even cupboards that a small child could fit in. Bit of a panic when “The Sweetpeas” went missing and I eventually heard this sound of “sssh, Mummy will hear us.”

There was a shower room with basin and then a separate toilet and basin. This was great for a family like mine as you can almost guarantee one of the children would need the toilet when you are in the shower.

A small, flat screen TV with in-built DVD player also sat in the corner of the living room.

I liked that there were plenty of sockets throughout the caravan so enough to have phones charging, kettle boiling, laptop plugged in and the TV all on the go if necessary.

On the first night, we found out that then front lights of the caravan worked but the back half with the bedrooms in didn’t.We only realized this when we actually wanted to use them.  Thank goodness for the iPhone flashlight.

We did try ringing the security number which was given on check in and we left 2 messages. It finally got to 11pm and no reply so we all headed to bed. This problem was soon rectified in the morning when we spoke to someone at reception.

The caravan that we chose had a twin room and a double bedroom. 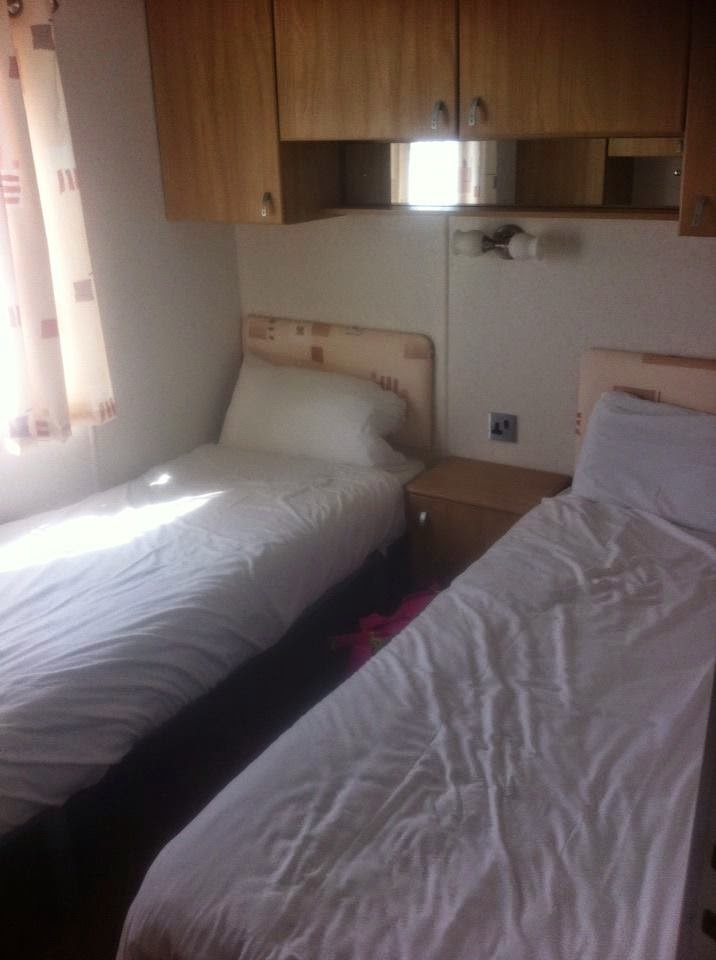 It has become a bit of a tradition within our family to take this Snatch bedding with us on all our trips. The Sweetpeas think it's their "holiday bedding". 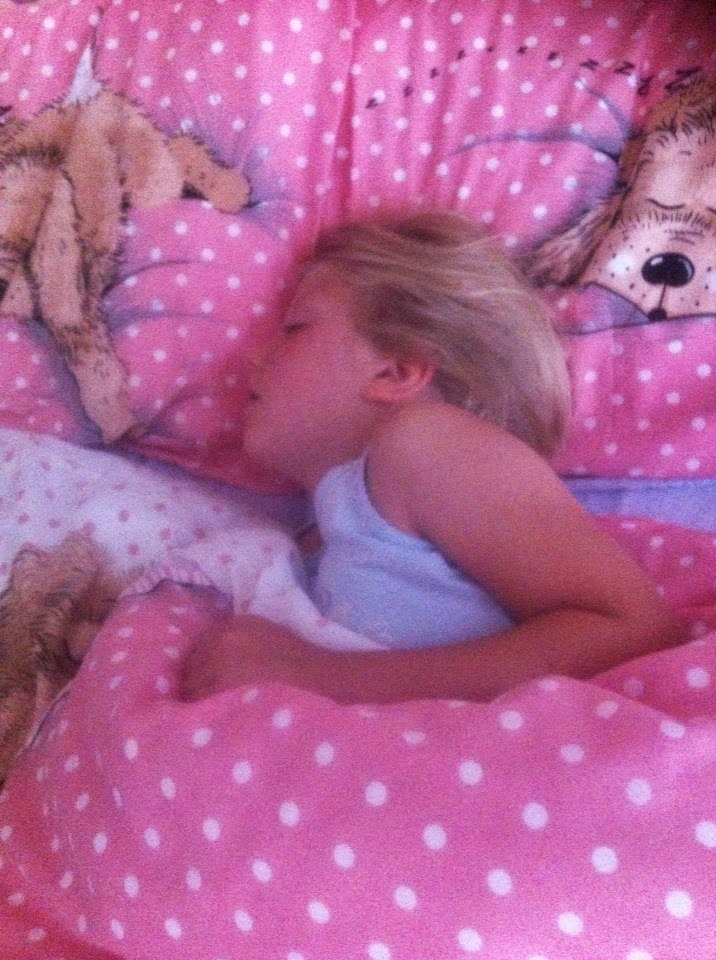 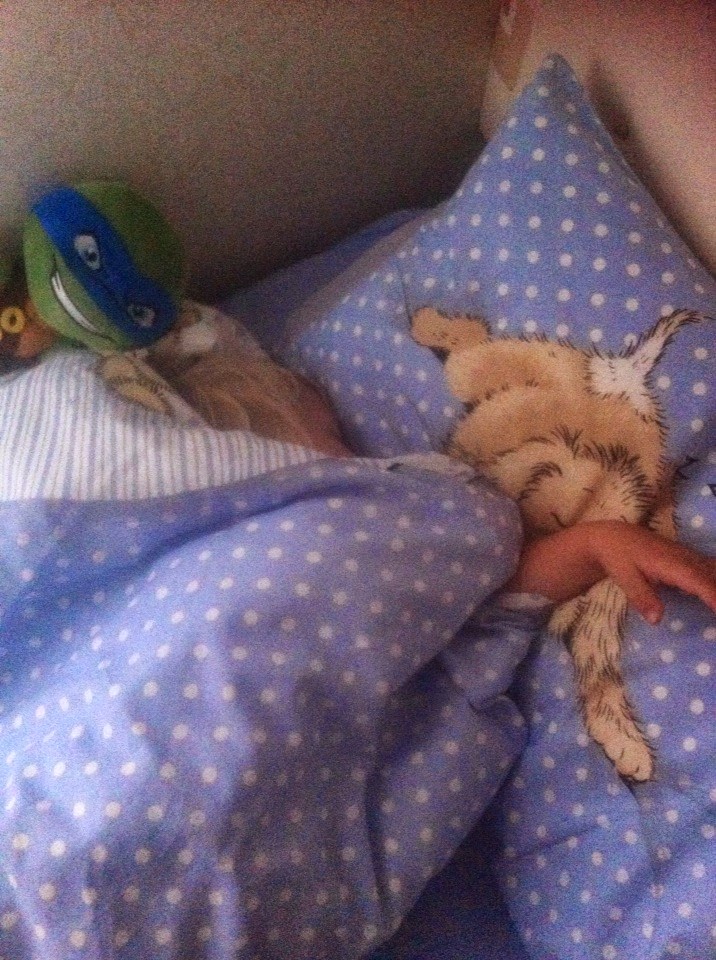 I slept at the front of the caravan on the sofa bed. I found that it was incredibly easy to put up and was very comfy. I was woken by the noise of the numerous ducks at around 6am but that was my fault for not shutting the windows completely.

There is a heater in the living area of the caravan which, once you work out how to operate it, soon warms up the area. We also had central heating so there was a radiator in each bedroom, hallway, shower room and dining area.

You're at the seaside so obviously you have the beach to play on if the weather allowed you to get your bucket and spade out. Mostly it didn't and we ended up doing lots of puzzles and games. 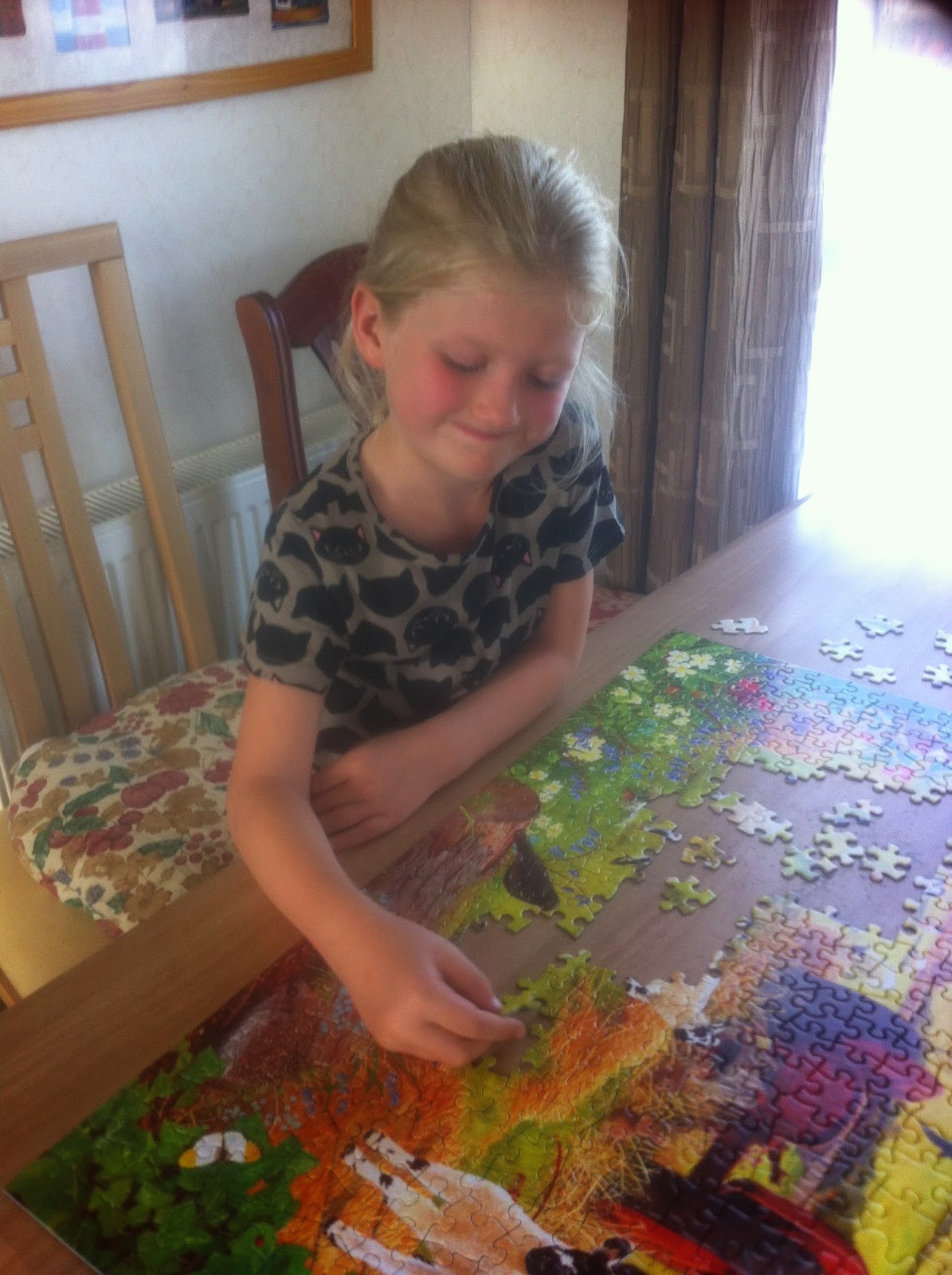 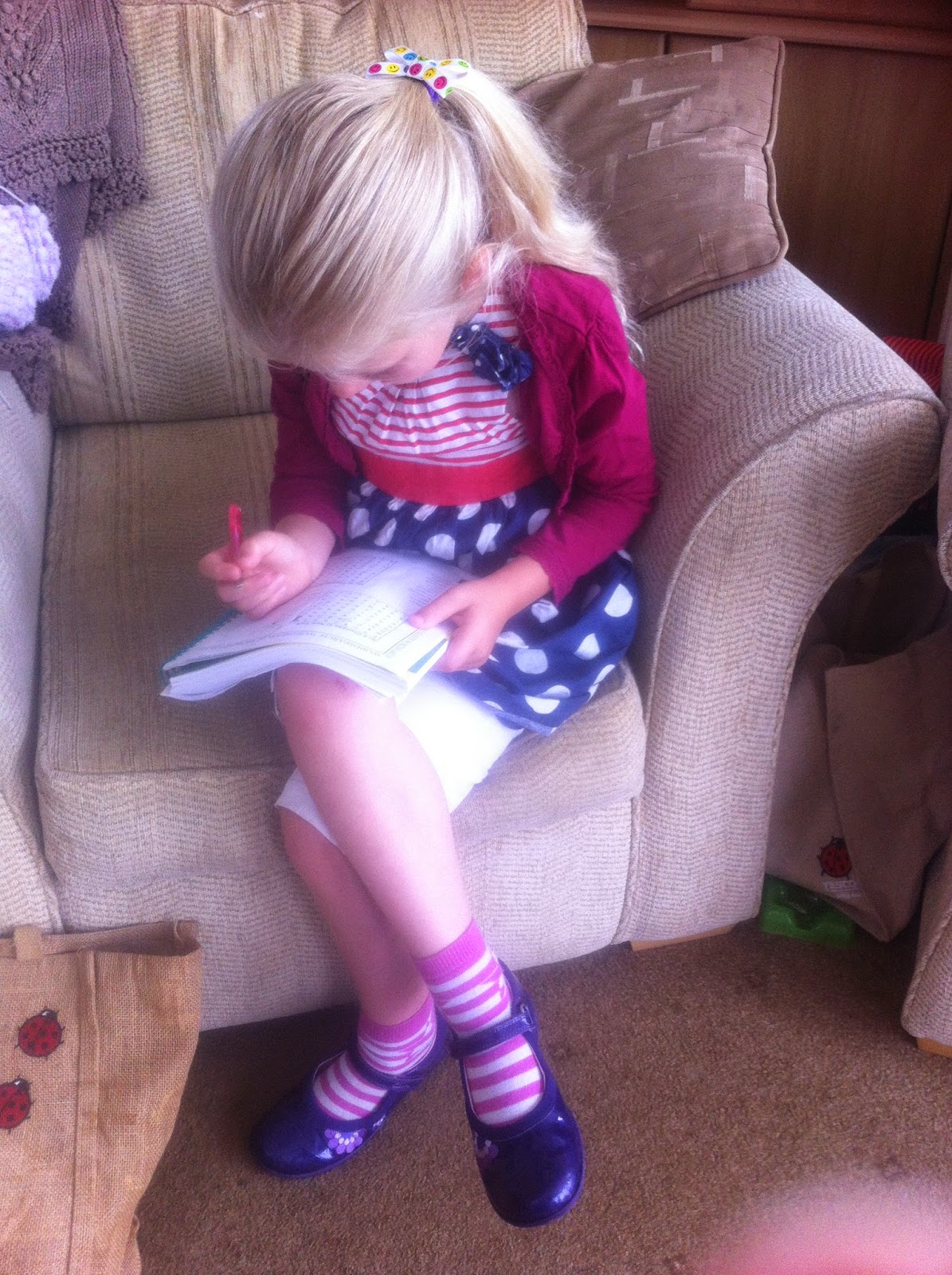 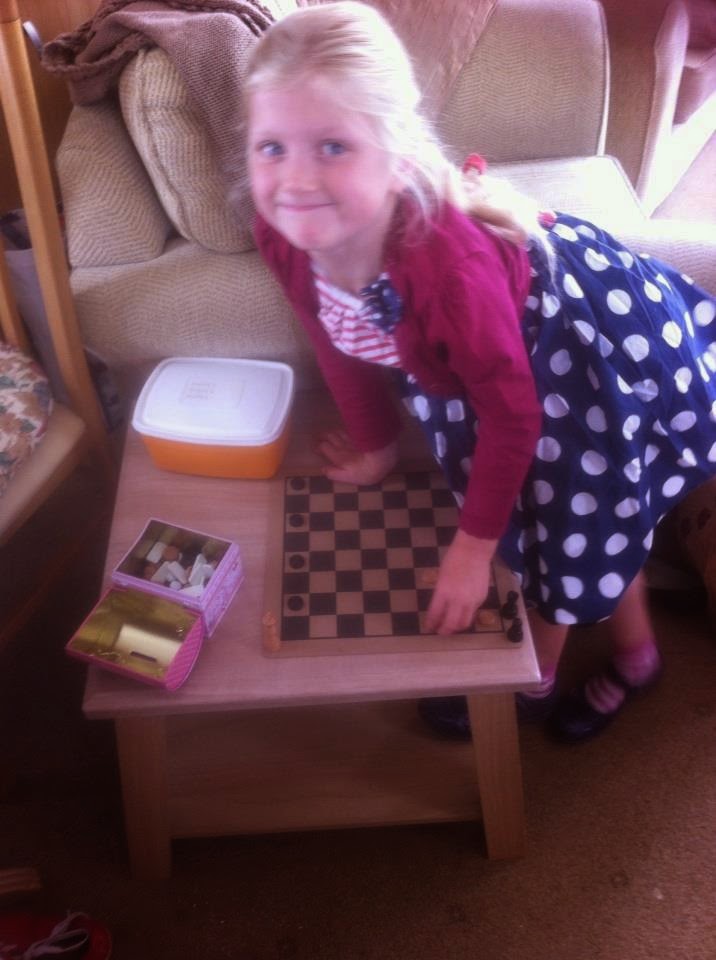 We also did a bit of shopping in Hunstanton too. 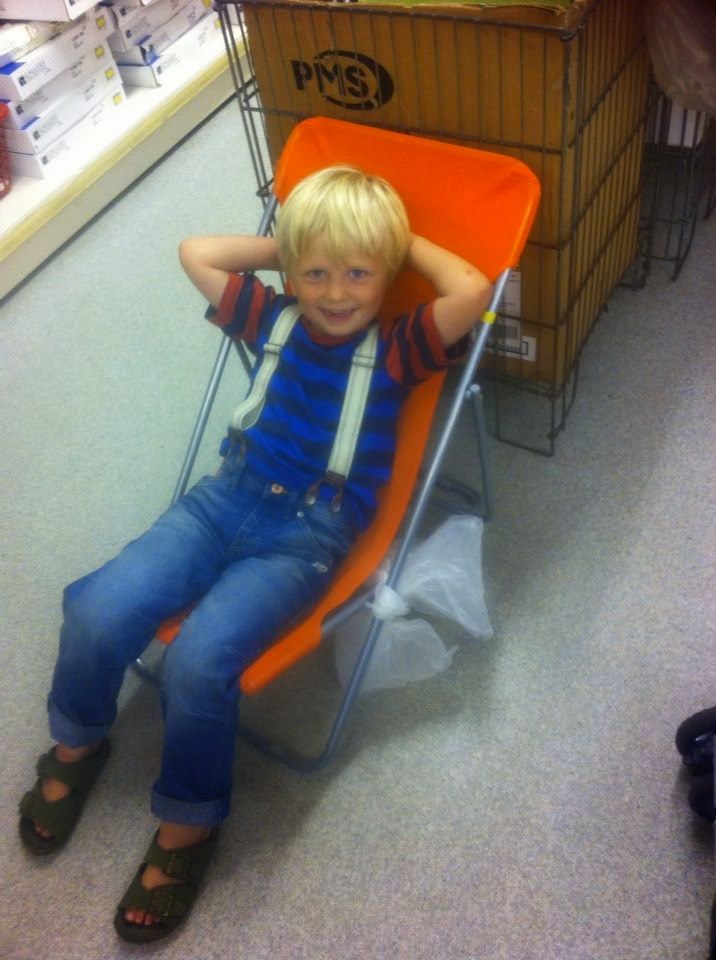 There was some entertainment on the actual park but The Sweetpeas decided that they'd much prefer to use their spending money in the arcades in the evening.

After a quick nap of course... 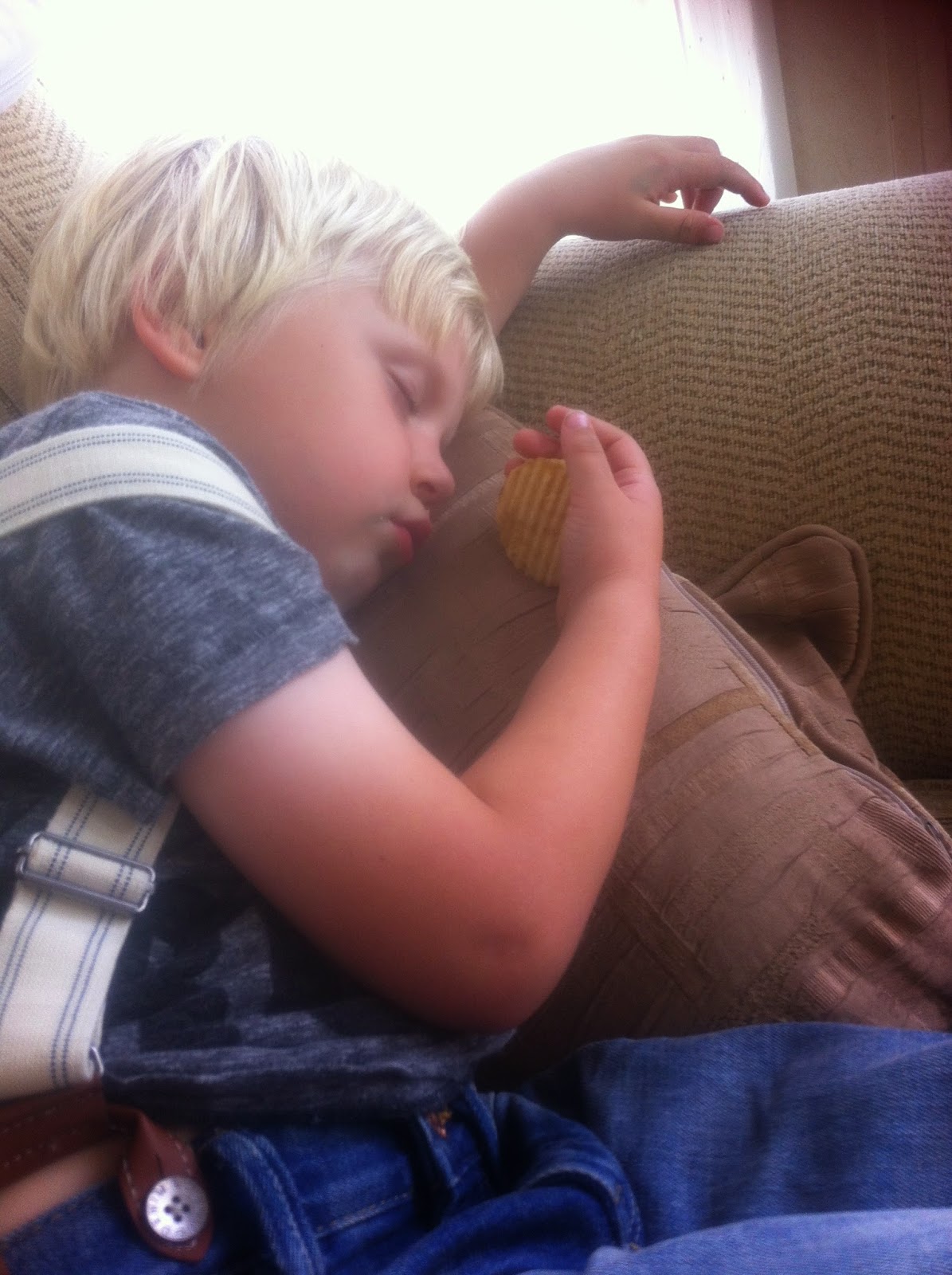 Anyone that knows me will tell you that I absolutely love the 2p machines and will happily play on those all evening. Harvey's eyes lit up at the crane machines though at 10p a play. 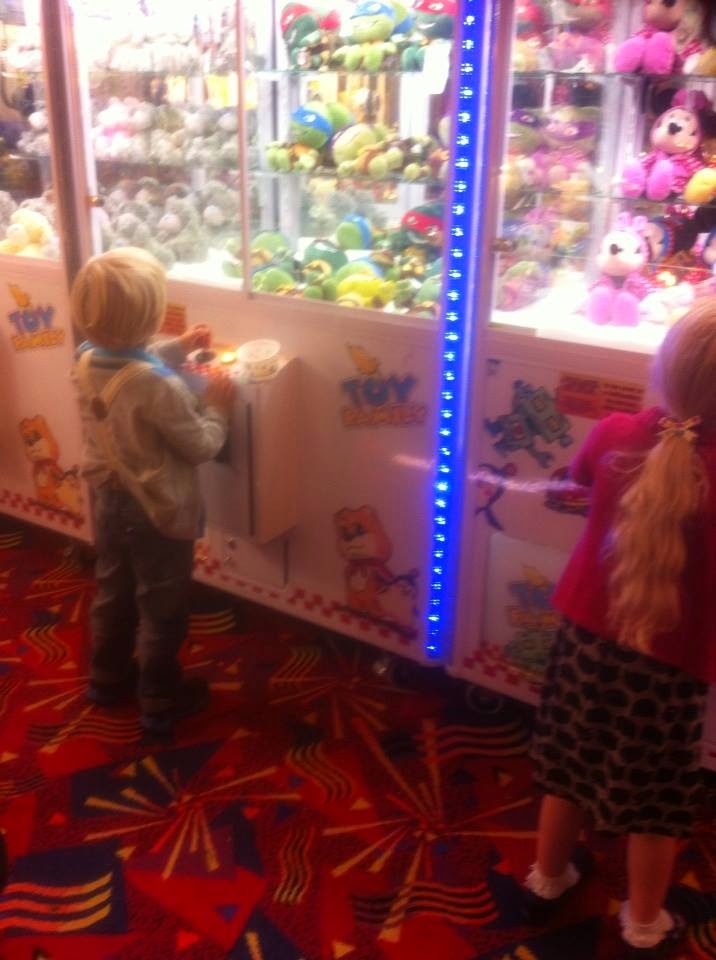 Me ~ "When your money has gone, it's gone. You'll never get anything out." 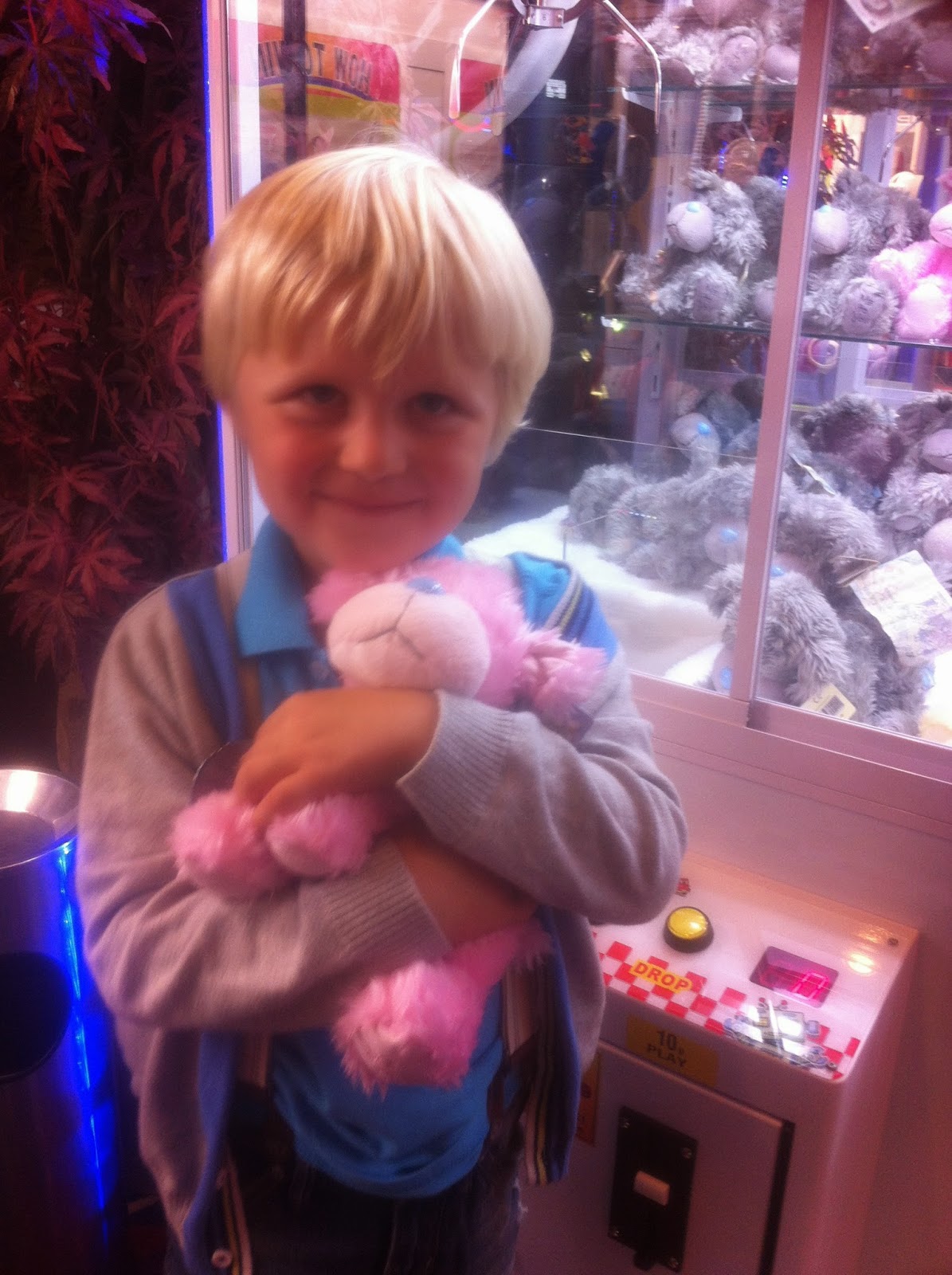 That was them both hooked then and that's all they wanted to play on. They ended up getting out 3 of the Tatty Teddy dogs and also a Teenage Mutant ninja Turtle soft toy. Don't you just hate it when your own children prove you wrong and never let you forget it? 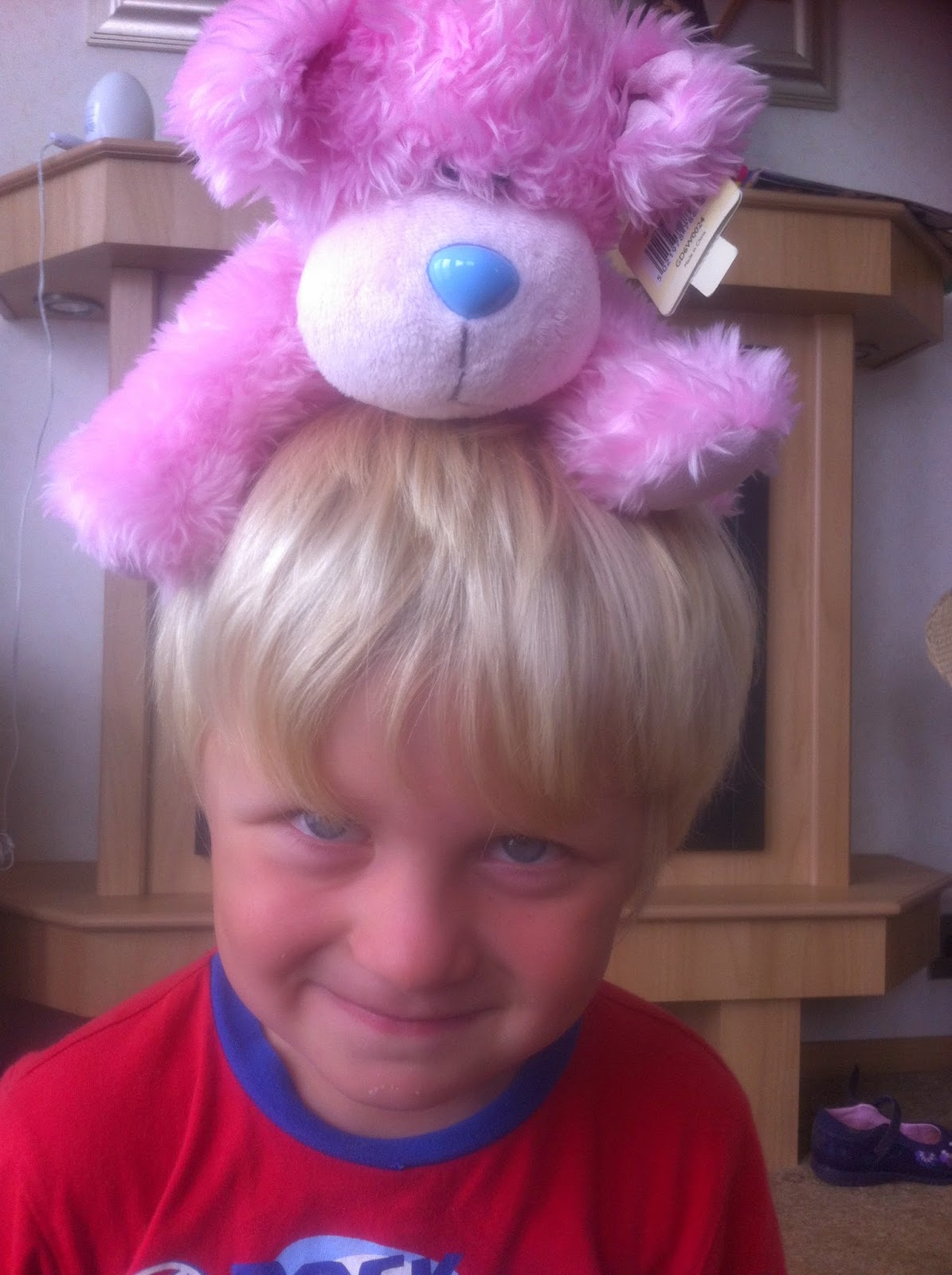 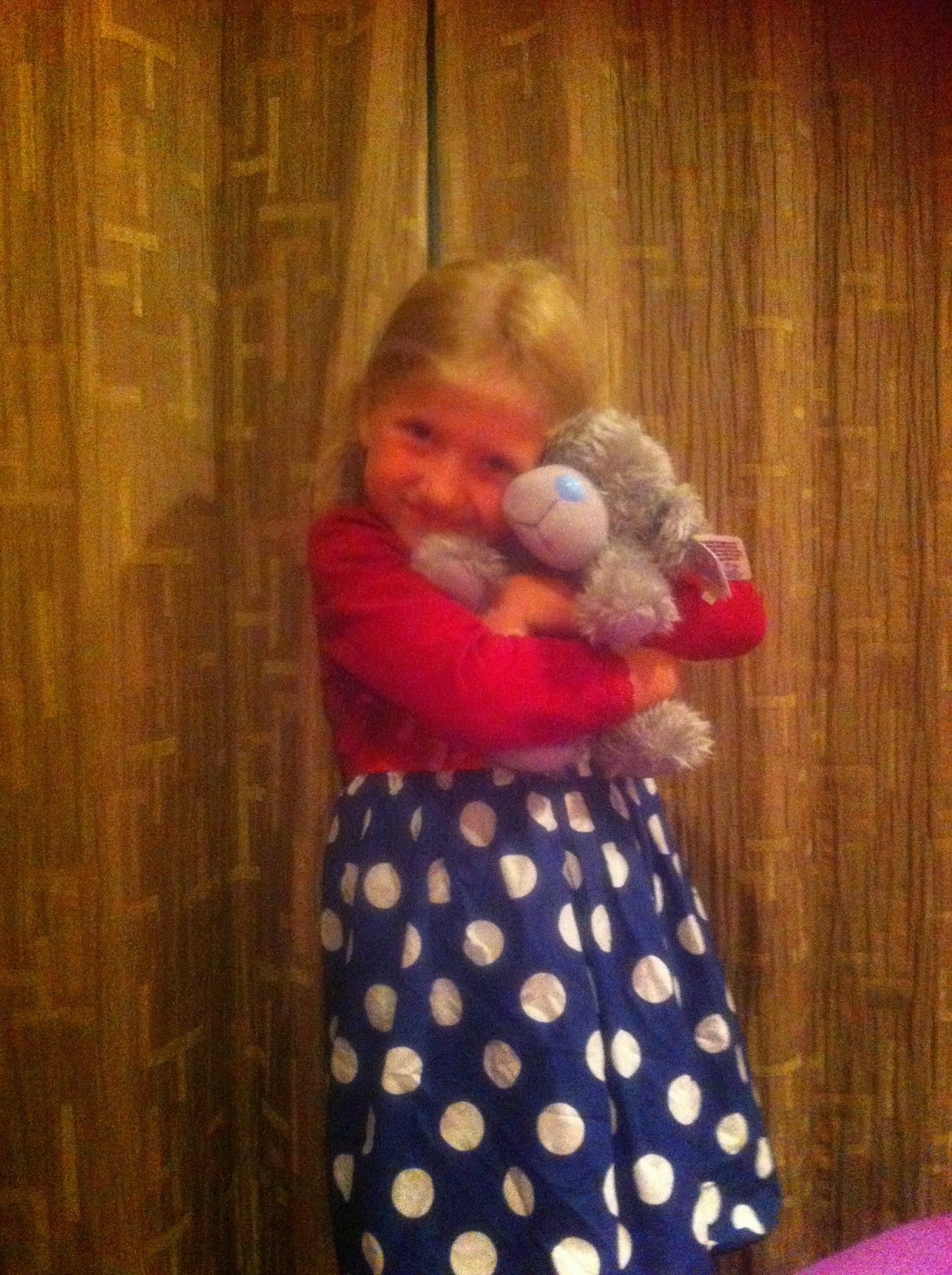 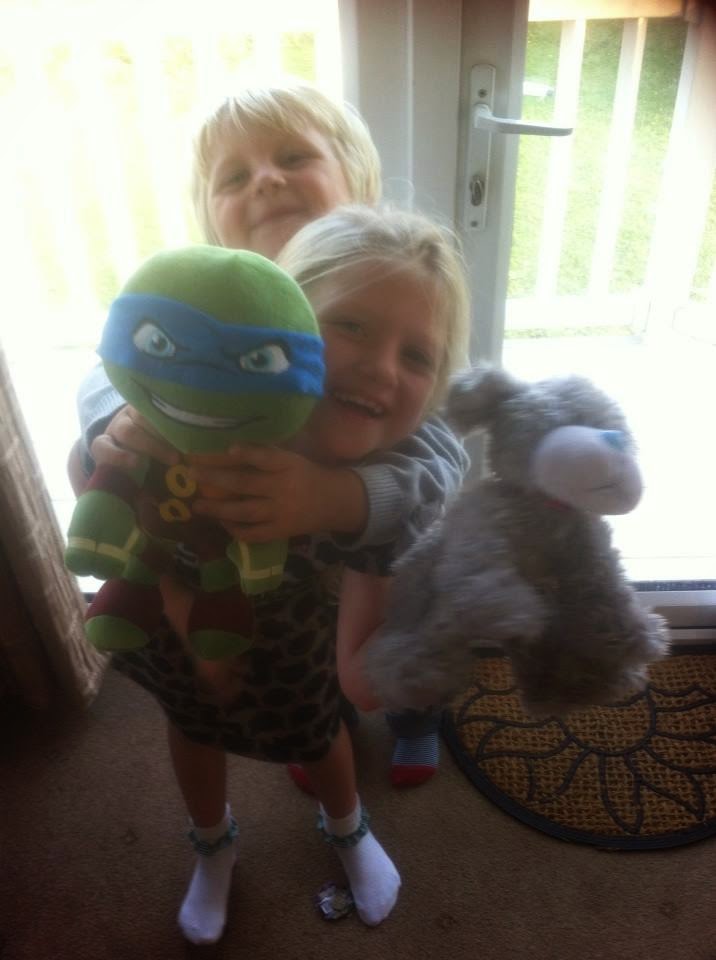 They did have a few goes on some of the other games though but that was mainly because I wanted to have a go! 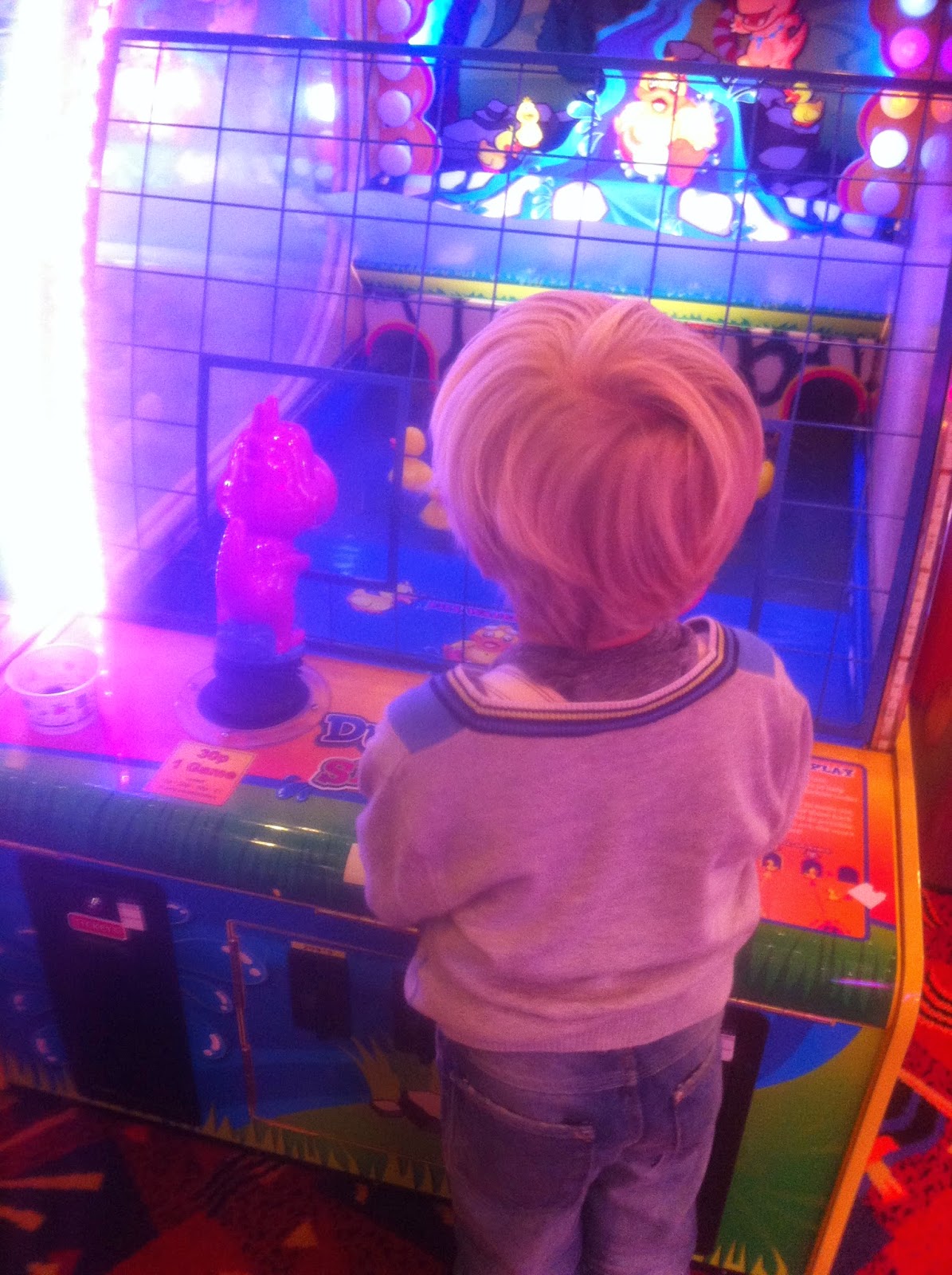 I thoroughly enjoyed the walks back from the amusements to either the car straight back to the caravan. (It depended on what the weather was like as to if we drove up or walked. ) The Sweetpeas,content with their haul of soft toys and prizes, would sometimes have a slushy on the way back. It's never too cold for a slushy. Never. 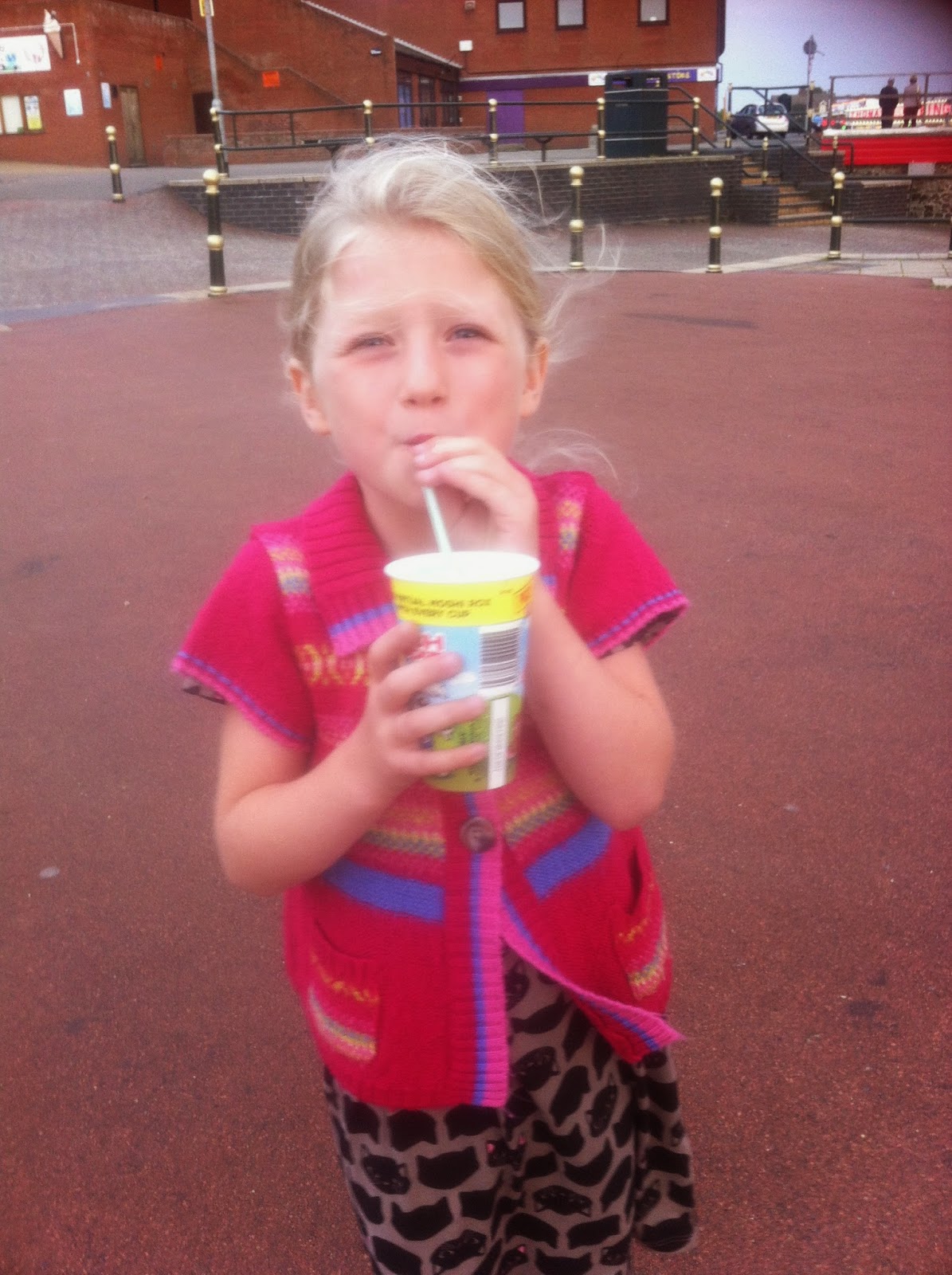 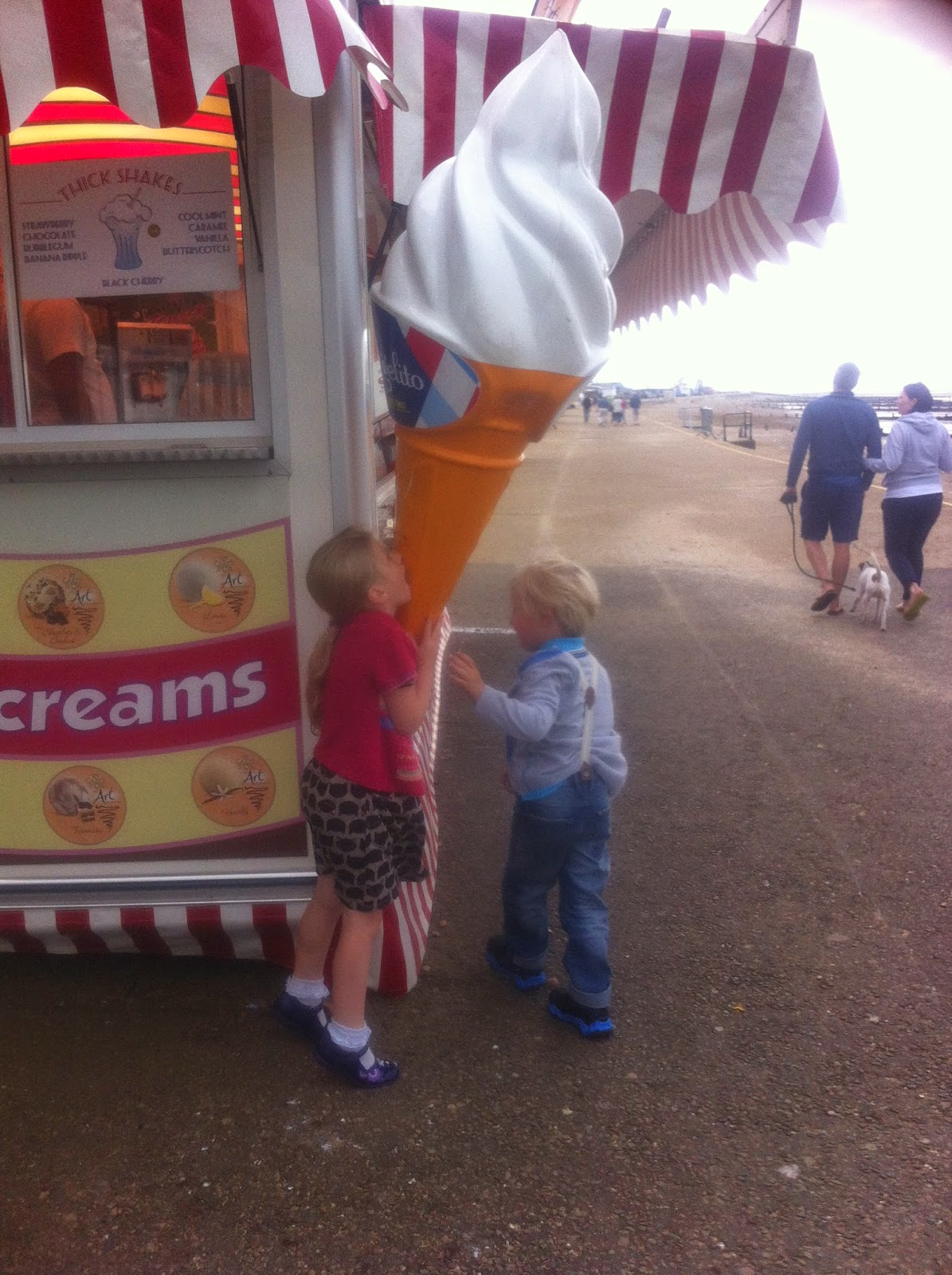 We paid £391 for the 3 nights during the August summer holidays. I think this was a reasonable price for the time of the year and the standard of caravan that we had. It was made a little cheaper too as I booked through TopCashBack and received some money back when I paid the balance. (If you do decide to sign up to the cashback site and actively use it, I will then get £7.50 at the time of writing this post. That's 75 goes on the grabbers so I thank you.)

I would definitely recommend a visit to this park. I would strongly advise the upgrade too as it was such good value to have the added little extras.

Thank you so much to the owner of Kensington 223 and the staff at Manor Park, Hunstanton. We had a great time. The Sweetpeas didn't want to leave. 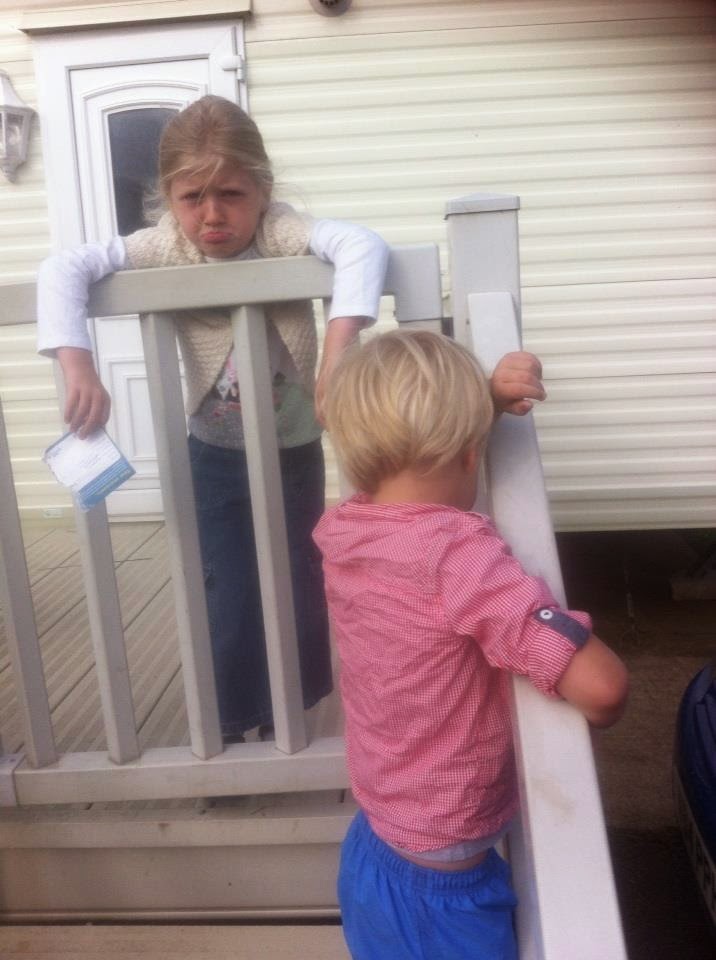 I absolutely love the seaside and can't wait until our holiday this year. As long as I get a view like this, I'm happy. 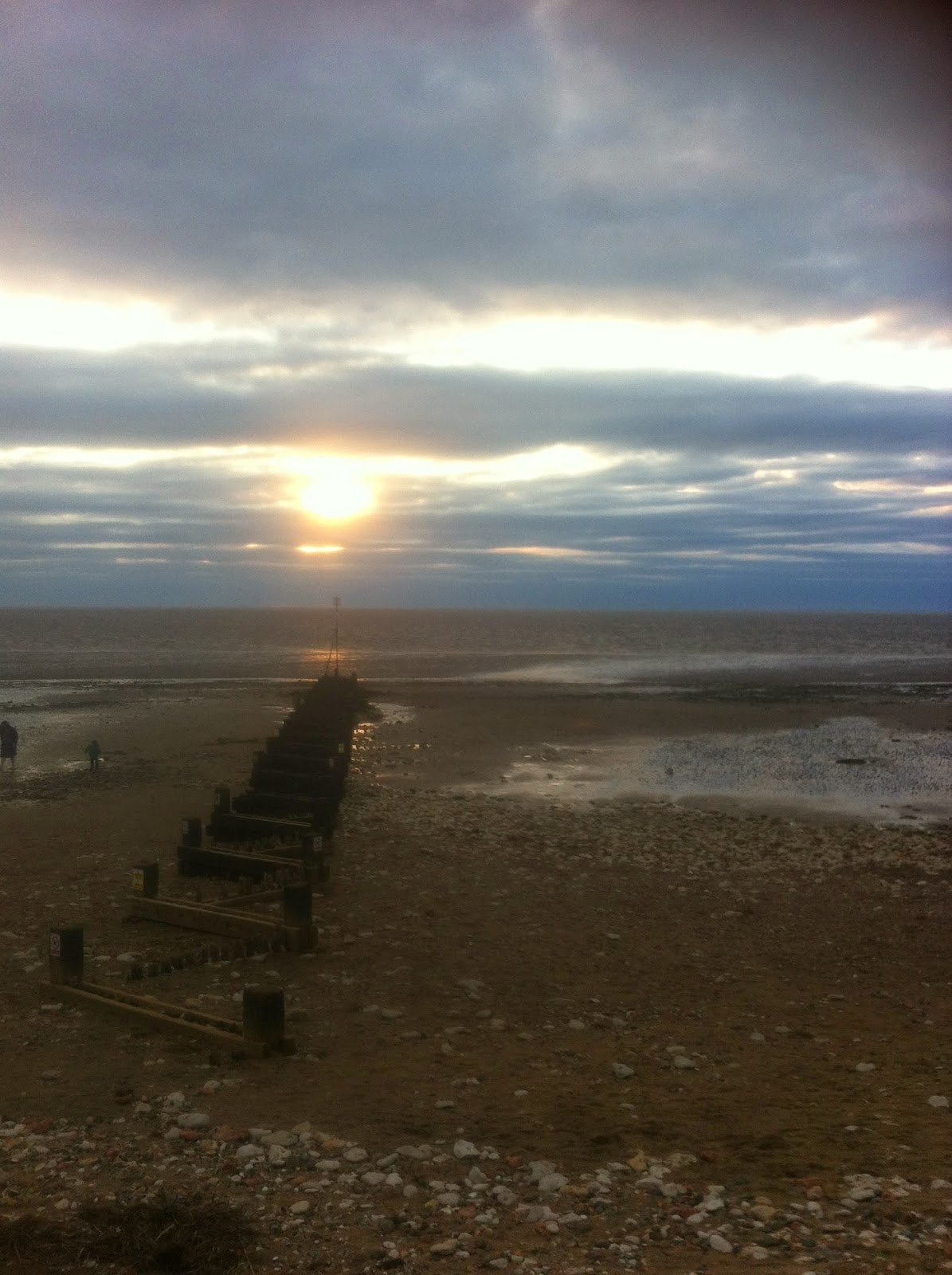 I did not get paid to write this review nor get compensated in any other way. I just wanted to share our experiences of being at that particular site.