I desperately wanted a Fiesta XR2i as my first car. A white one with blue detailing. I wanted something sporty and fun that was going to showcase my impeccable driving capabilities and be the envy of all my friends. My brother is older than me and him and all of his friends were always on the look out for an ideal first car for me for when I finally passed my driving test. My dad was adamant that I needed a car that I could have some L plates on to get a bit of practice.

Suddenly, out of the blue, one of my brother's friends appeared at our house and mentioned that he'd seen an ideal car in the car park at Halfords and that we should go and have a look. I was so excited! I was finally going to get my little sporty Fiesta.

We arrived, I scanned the car park looking for that shining, magnificent vision of a car, my Fiesta XR2i.

I saw the for sale sign in the window. In the window of a Nova. A breeze blue Nova.

Now I don't want to sound ungrateful as I wasn't at all. It's just my brother had a Nova. 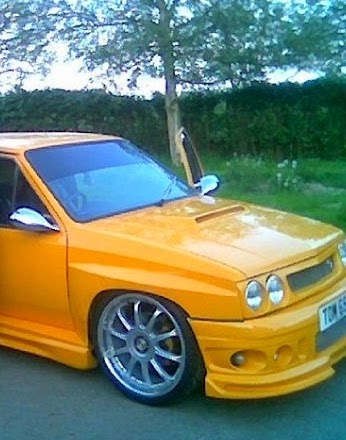 He'd even had a blue Nova before too. I didn't want to try and follow in his footsteps. I'd heard the swearwords that had come out of his mouth when he was modifying it and I'd push started it on cold mornings.

But... I had heard all the good things about Novas too. How easy they were to look after, they were economical and how they were the car to own in my area.

Could I really be an Nova owner too?

We trudged into Halfords and found that the owner of the car worked there. My parents exchanged numbers with him and arranged a viewing where my dad and brother could check it over to make sure it was suitable. We left empty handed and that was it. I'd put it out of my mind.

I used to help out at a local Brownie pack when I was younger and my mum used to collect me when it was over. I remember her and my brother both appearing which was very peculiar. As we walked round the corner, there it was. MY Nova. That was the point I fell in love with him. It wasn't love at first sight but at second sight I suppose.

It was 28th May 2002 at 5pm. That's the moment when I officially gained my freedom albeit with L plates and a driver beside me for now. It was also the time that my parents had to part with £850 for that little H reg Vauxhall Nova Flair. 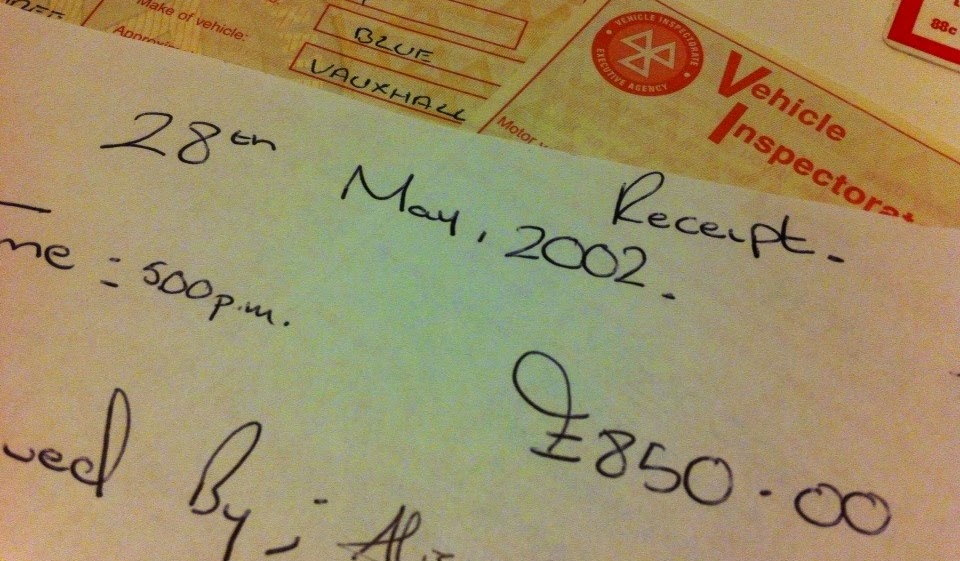 We managed to find this Polaroid of Norris later on that year looking pretty much how he did when I bought him. 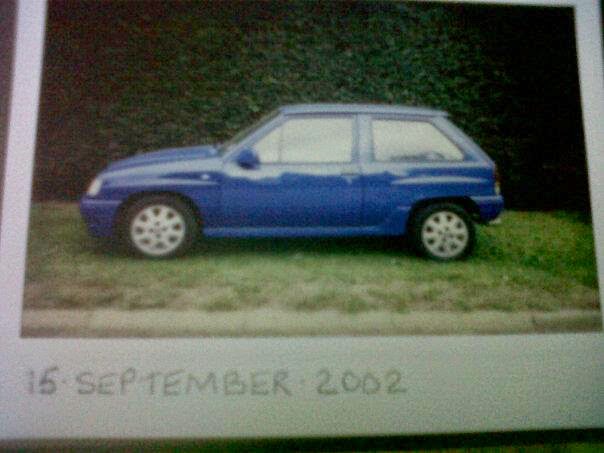 How I adored him just as he was but sometimes he went off with my brother to work and would return with a new headunit or some alloy wheels as a thank you gesture. That very same Kenwood headunit is still going strong after all these years.

I remember going back to Halfords and buying a flashing gearknob for Norris too. It was all the rage in those days to have modifications to your car of some kind. He didn't have too much as my brother had done all that already and like I said earlier, I didn't want to be exactly the same now did I?

You'll notice too my anodised finished pedals and Ripspeed car mats. Oh yes, you couldn't be a Nova owner in those days without them!

Driving around in my Nova was the highlight of my evenings. I used to love how nippy he was and how economical. I loved his reliability and the fact that if he did ever breakdown, he was usually very easy to fix and I'd be back on the road again. (I do remember having a bit of a meltdown when no one would listen when I said something was wrong after driving him to work. He started to splutter and mess around after about 15 miles into my journey and leave me in tears. He was eventually fixed though as I just couldn't part with him. That's true love right there.)

I was often designated driver whenever my friends and I ventured places. I didn't mind at all. I loved driving him. My Grandma had bought me the AA roadmap and I had the intention of using as many pages of it as I possibly could. I used to always keep it with me along with my roadside kit comprising of jump leads and a warning triangle. I'd love to show you a photograph of that too but I'm afraid someone stole it.

I know! Disgusting isn't it. Someone stole my roadside kit and my CDs from Norris. If they had really wanted my Fleetwood Mac and Greatest Hits of The BeeGees all that had to do was ask. I felt violated when I'd gone to my car that morning and seen the door ajar. They'd tampered with the lock and then also the ignition barrel. Thank goodness they didn't manage to steal the entire car as I would have been utterly devastated. That was the point that I then ended up with 3 keys on my keyring for my car. One for the boot and passenger side, one for the driver's door and one for the ignition. Oh yes, no fancy electronic unlocking devices for my car! 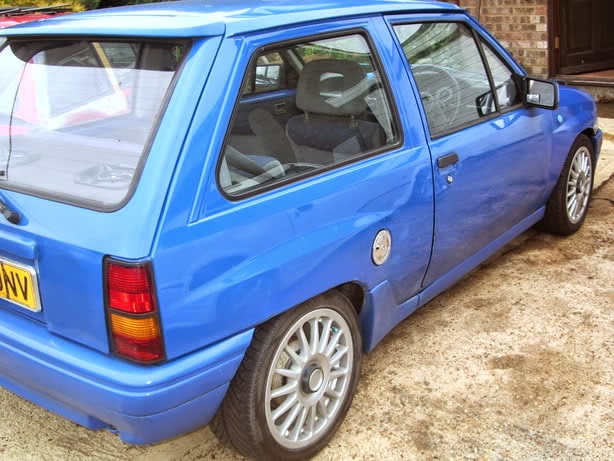 So that was my 1st car. Norris the Nova. He started my obsession with cars which you'll see me mention in my blog.

I bet you think that's the end of the story. Well it's not. I'll let you in on the fact that I could never part with him. I still own him. Yes he's been SORNed and yes I know he will never be driven on the road again but one day (soon I hope as I keep saying it)  he will be upcycled into something.  The engine would make a fantastic coffee table base, the front half could make an interesting barbecue and if nothing else, I could use the doors as a great exercise routine. You've got to remember the "keep fit" windows where you would wind and wind and wind to open or close the windows.

Those were the days and Norris is the reason that my username is novagirl on many sites.

I wanted to show you how much of an impact that little H reg Nova had on my friends at the time too so here are a few quotes after I put up a little request on my Facebook page.

Lisa ~ "He ferried me about on many an occasion, including to the seaside (where I think we text radio one to play mmmbop?!), McDonald's where we sat in the car park eating burgers ... and to Tesco Hampton for a midnight muffin mission. *salutes Norris*"

Norris has definitely been the reason I have such fond memories of my late teenage years and early twenties. As my dear friend Lisa says, Norris, I salute you.

This is my entry into the insurance revolution competition. Blog about your first car and you may scoop the prize of a Head to Head driving experience at Silverstone and a voucher to the value of £100 for Park Inn by Radisson hotels.

Email ThisBlogThis!Share to TwitterShare to FacebookShare to Pinterest
Labels: car