Red Nose Day appeared and The Sweetpeas took part in their school "bake off". They made some Coca-Cola cakes as we thought it would be something a little different from the usual sponge cakes.


We used the recipe over at thelittleloaf.com so a huge thank you to Kate over on that page. (Please take a look over there as there are some great ideas for decorating these cakes.)

For the cake mix

So this is how we transformed all those ingredients into some pretty yummy cupcakes.

Harvey combined the flour, sugar, baking powder and salt in one bowl whilst Alyssa mixed the buttermilk, egg and vanilla essence in her bowl.


I melted together the butter, Coca-Cola and cocoa in a suacepan over a low heat. 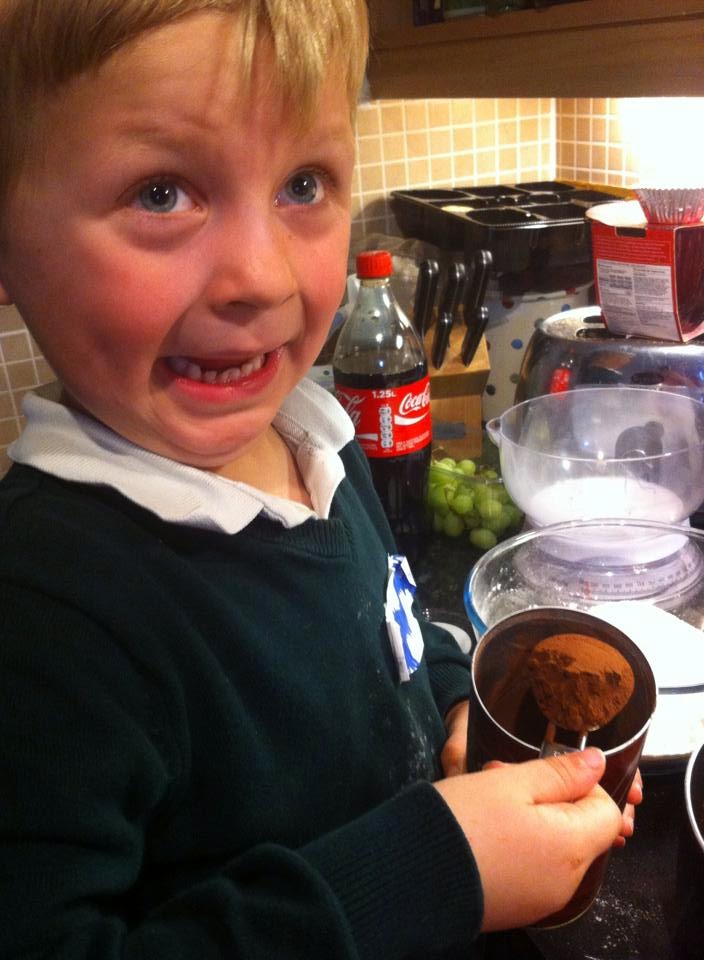 I then poured the Coca-Cola mixture into Harvey's dry bowl. He then mixed it all together before we then added in Alyssa's buttermilk concoction. 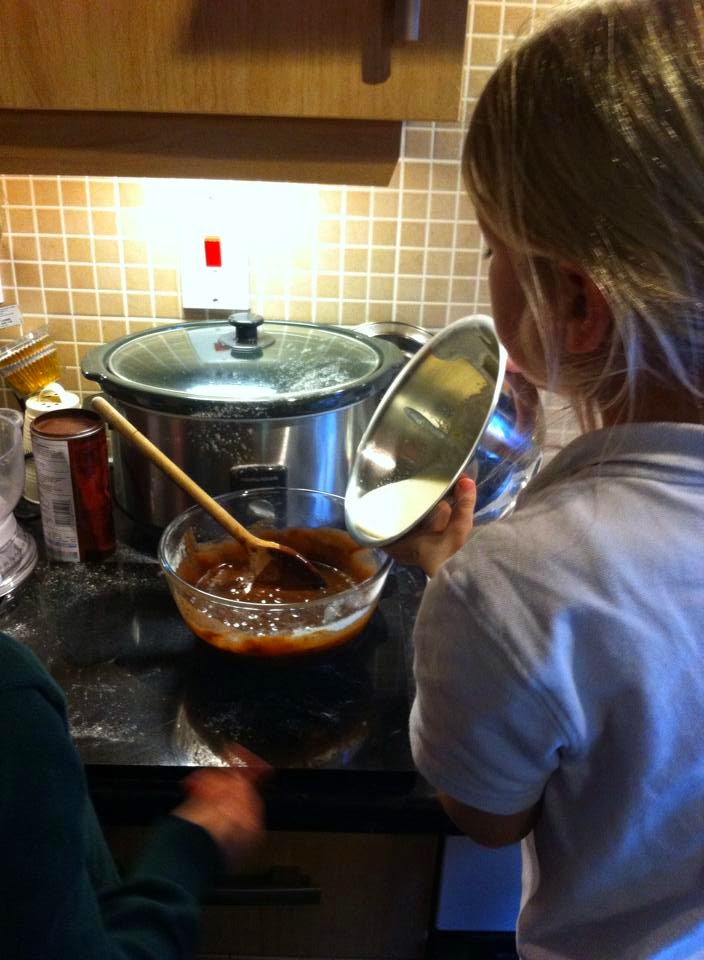 You really need to beat it well in order for it to combine altogether. It may look like it will never happen but it will suddenly all turn to a glossy chocolate mixture. 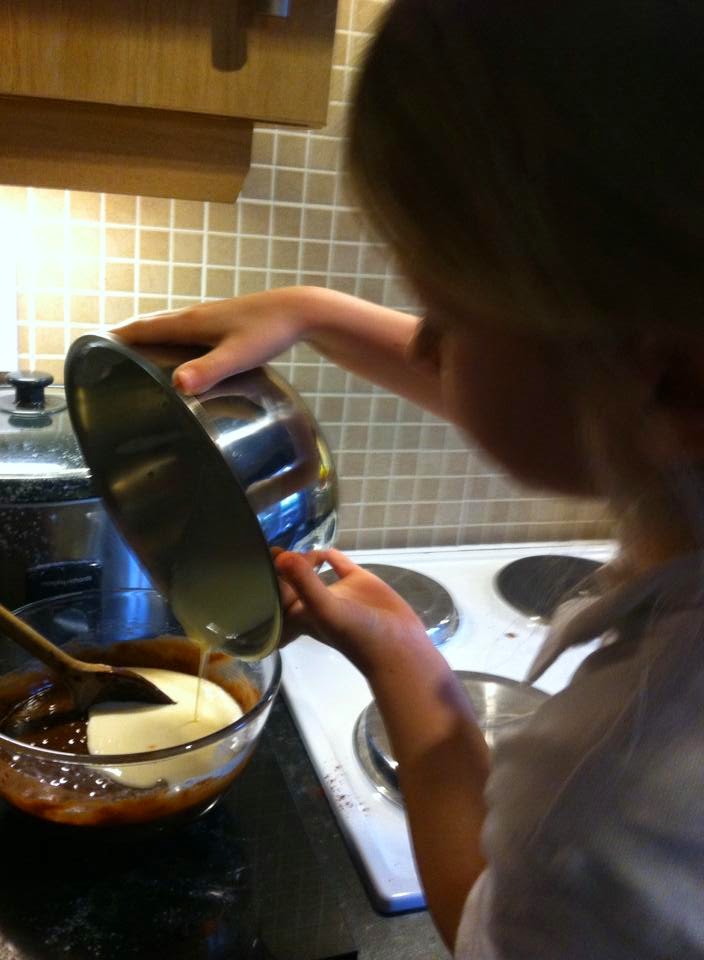 The cake mixture is then poured into cake cases. We used some great silver foil cases inside a silicon muffin tray. We filled them nearly to the top. 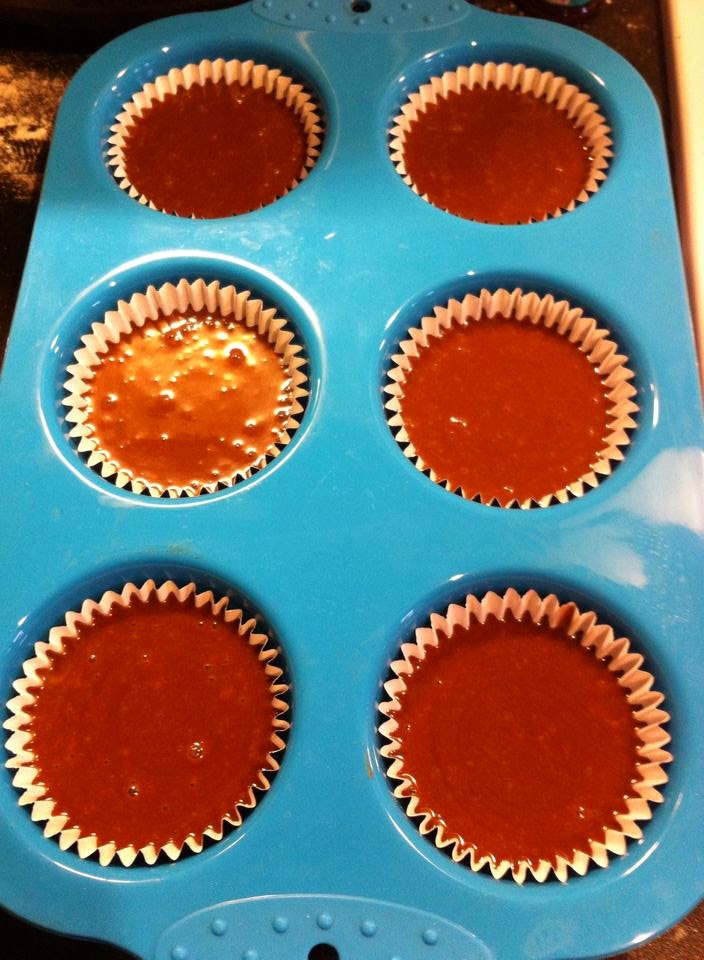 After cooking in a preheated fan oven at 180 degrees C, this is how they turned out.
They took about 17 minutes for my batch but you just need to cook until a skewer comes out clean when test them. This mixture makes 12 cakes. 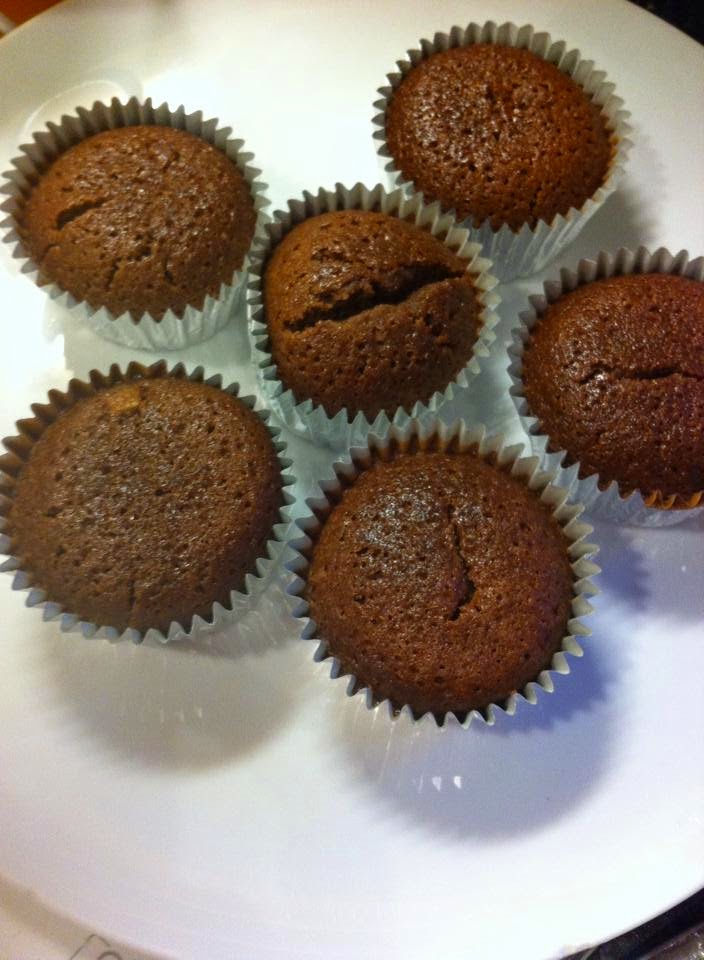 We allowed them to cool before icing them.

Mix together the butter and icing sugar. Add in the milk and Cola syrup. The original recipe said to beat with an electric whisk slowly and then increasing until it becomes light and fluffy.

We had to use a wooden spoon and do it "old skool" as we did it very early in the morning and didn't want to wake up the neighbours with our very noisy electric whisk. Bad idea and took forever so a good lesson learnt there,

we then piped on a bit of icing onto each one and decorated with a fizzy cola bottle sweet and a sprinkling of popping candy. (You could put popping candy into the actual icing too if you wished like the original recipe suggests.) 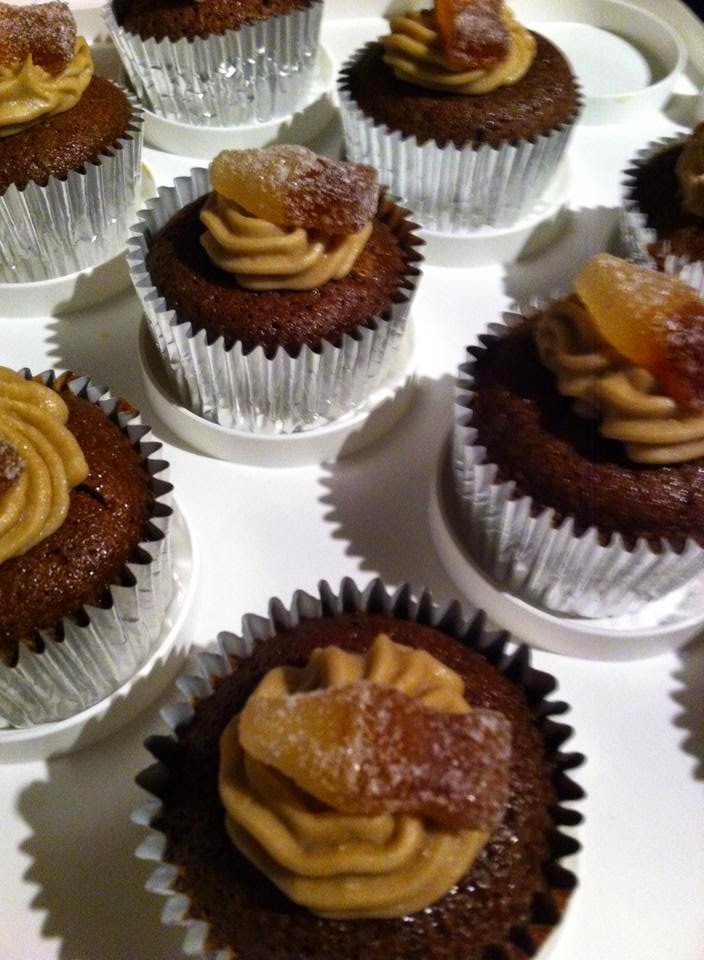 They were awarded 3rd place in the Red Nose Day "bake off" at their school too. 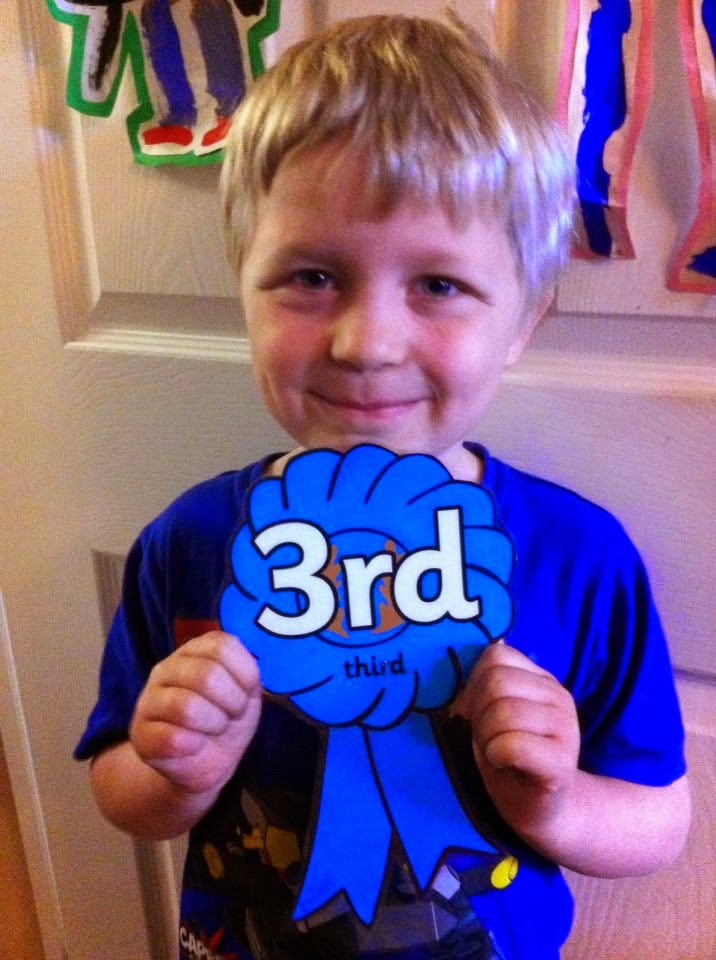 There was half a tub of buttermilk left so I thought I should make use of it rather than waste it. I made the same mixture and just baked it in a normal cake tin to make one giant cake. These definitely worked better as little cupcakes I found but they do have an unusual taste.

"I'm not really quite sure about them" ~ Harvey 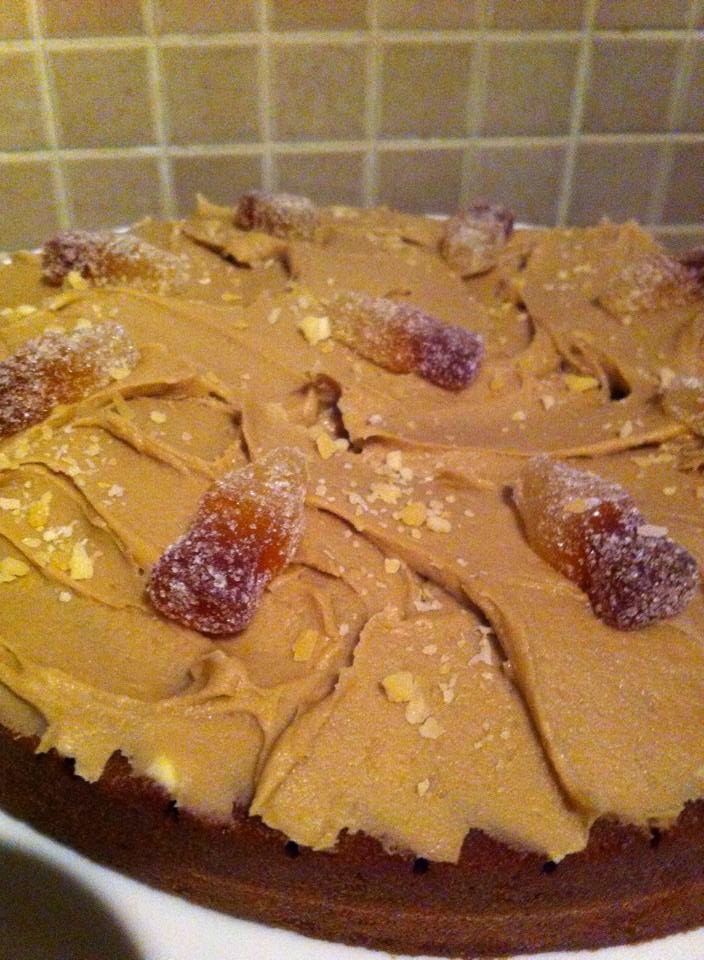 I thought the little cupcakes were great and I shall definitely be doing the frosting again if nothing else. I like the addition of the popping candy especially.
Posted by Unknown at 09:13