We ventured to London to buy a heat magazine meet friends and do a bit of sheep hunting. The Sweetpeas had never been into London before and were very excited about going down on the train and being able to stay over in a hotel. (I use that term loosely but more on that later.) 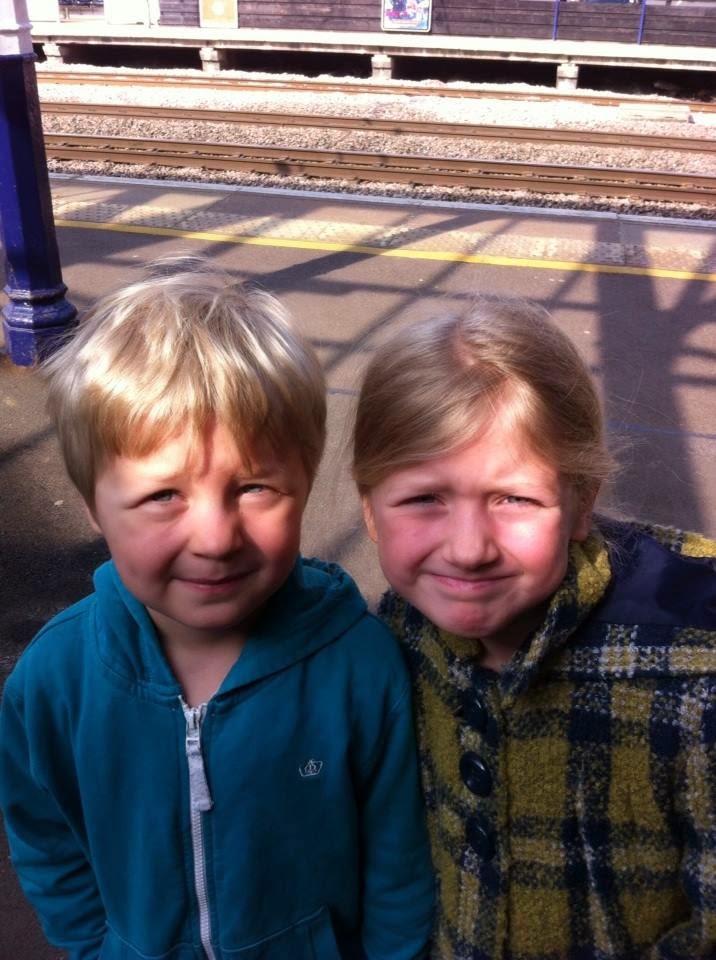 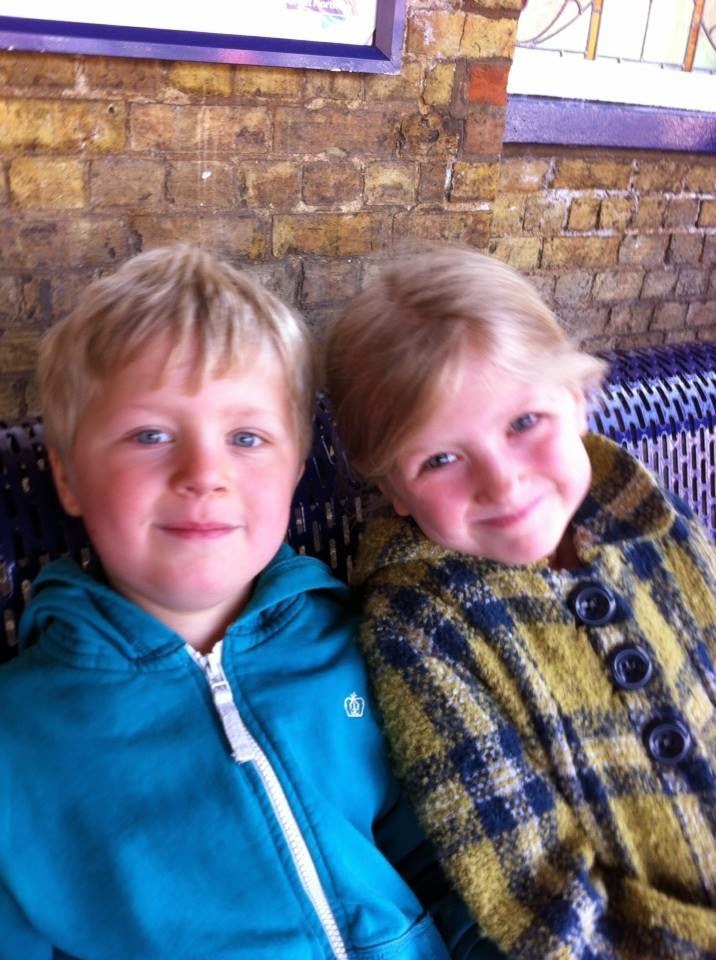 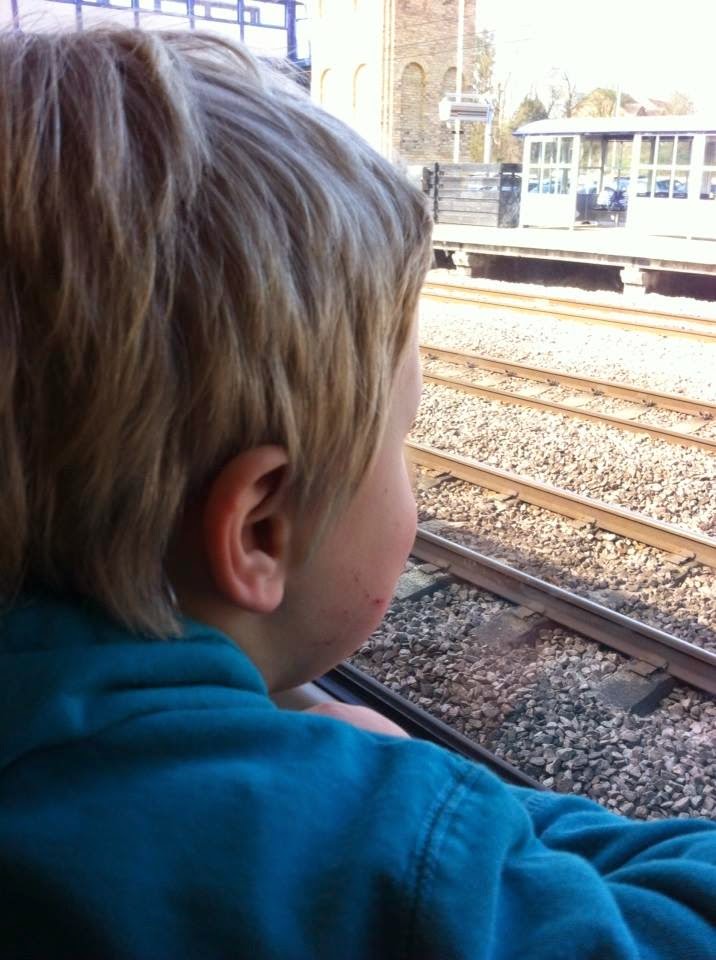 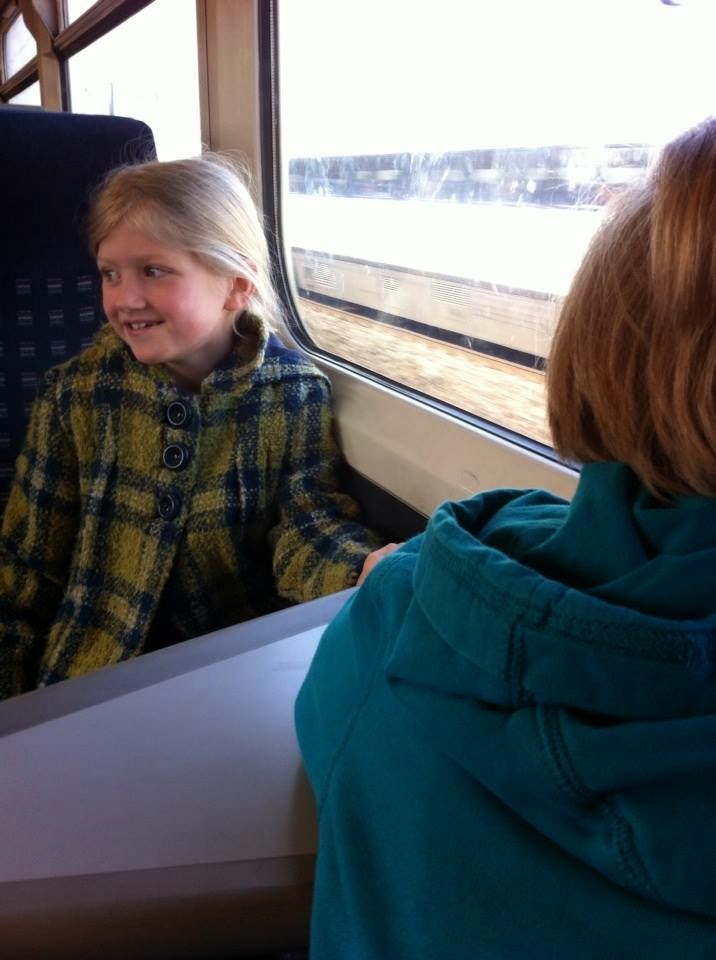 The pink boppers in the background were a fantastic group of hens which had little toy puppies on leads. Harvey thought they sounded like they were having great fun whereas Alyssa asked when a Hen Party was and then finished up with.....

"that sounds fun but I'm never getting married." 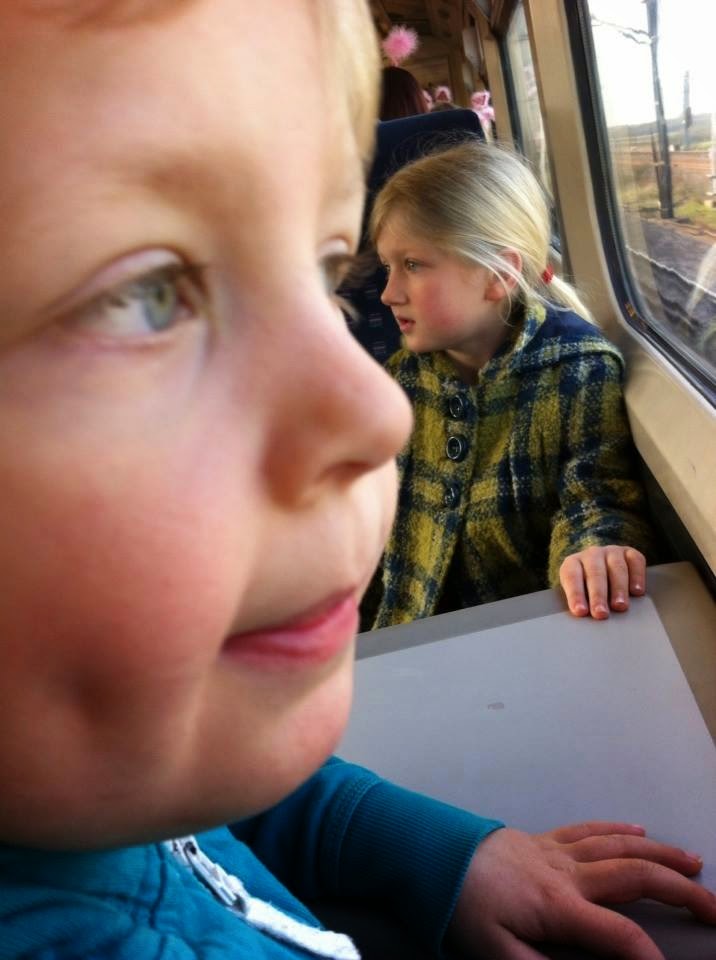 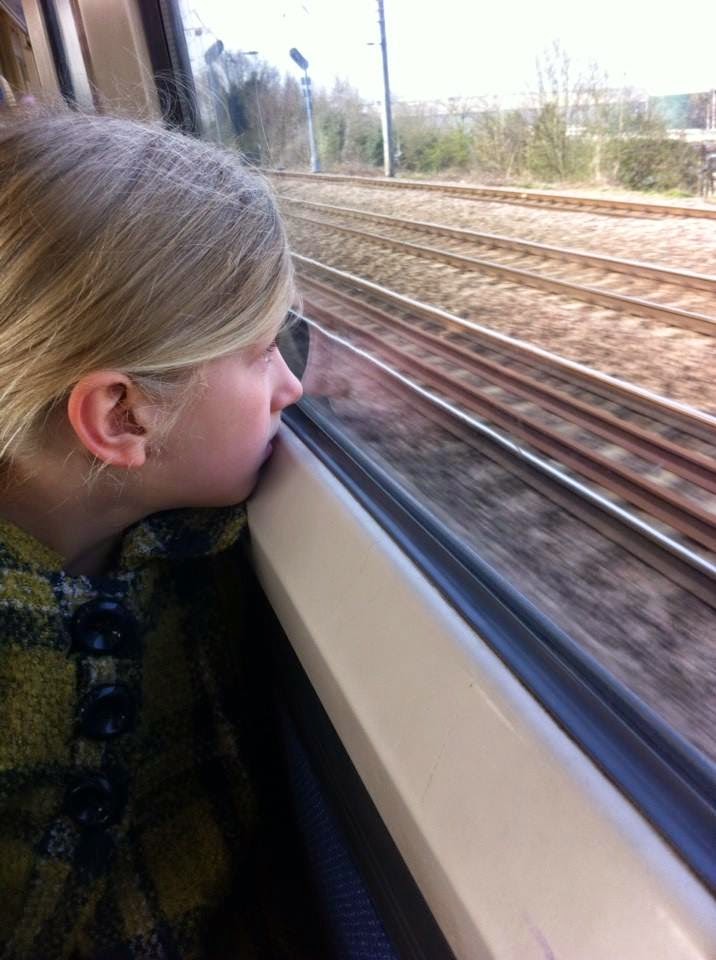 The train journey was only an hour long but Harvey felt the need for a little nap anyway. He had got a big day ahead of him as, at the moment there are 50 huge Shaun the Sheep models scattered around the Capital and you have to hunt them down. 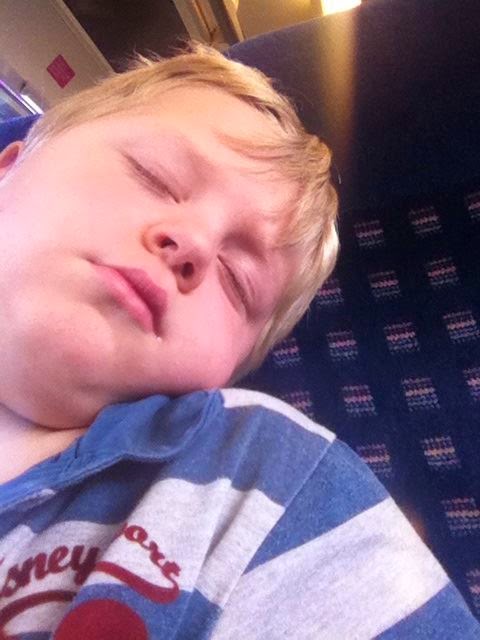 We waited for our friends at King's Cross which actually highlighted to me how lucky we are as a family. They noticed a few people wandering about asking if people could spare any change which meant we had a long discussion about some people not having homes or jobs. This is something that they had never experienced before or at least not on that kind of scale. Quite a sad conversation in some ways as those people were obviously having a really tough life at the moment whilst we were starting out on another fun adventure. 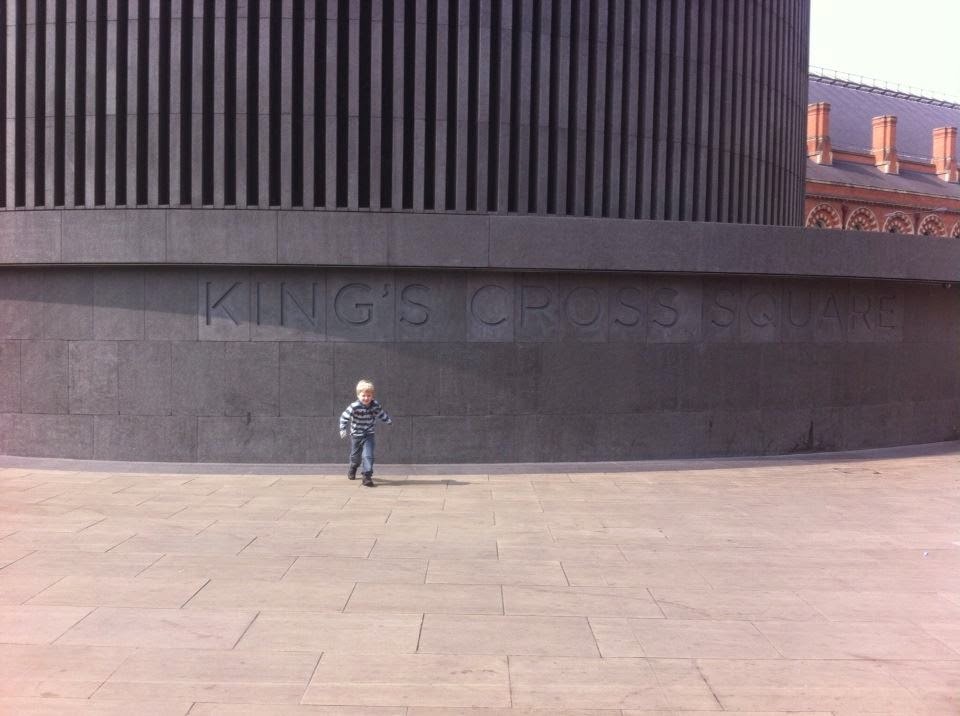 One group of friends arrived and we headed off to meet the others. For London being so big, we happened to bump into each other on the Underground. The Sweetpeas loved being on the tube and didn't look at all daunted. They were told the rule of standing on the right hand side of escalators so that other people that were faster could run past them on the left. I was very proud of them both that they remembered this each and every time that we used them.

**This seems like a good point to issue a huge apology to the heavily pregnant lady that was sat next to Harvey on the Underground. He was so tired on the second day of our trip that we could see his eyes closing on the ride back to the train station. All of a sudden he fell straight off his seat and sprawled across the floor still asleep. We quickly pulled him up  and tried to wake him up a bit so that he was a bit more alert. She looked so shocked and commented that she thought he had fainted.

Mummy lesson Number 243  ~ do not let your children get so tired that they view the tube as a good sleeping point. **

Anyway, back to those Sheep.

You can print off a map, use the app on your phone or get a paper copy of the map at certain points in London. We had all 3 just to make sure we were prepared for our trek. 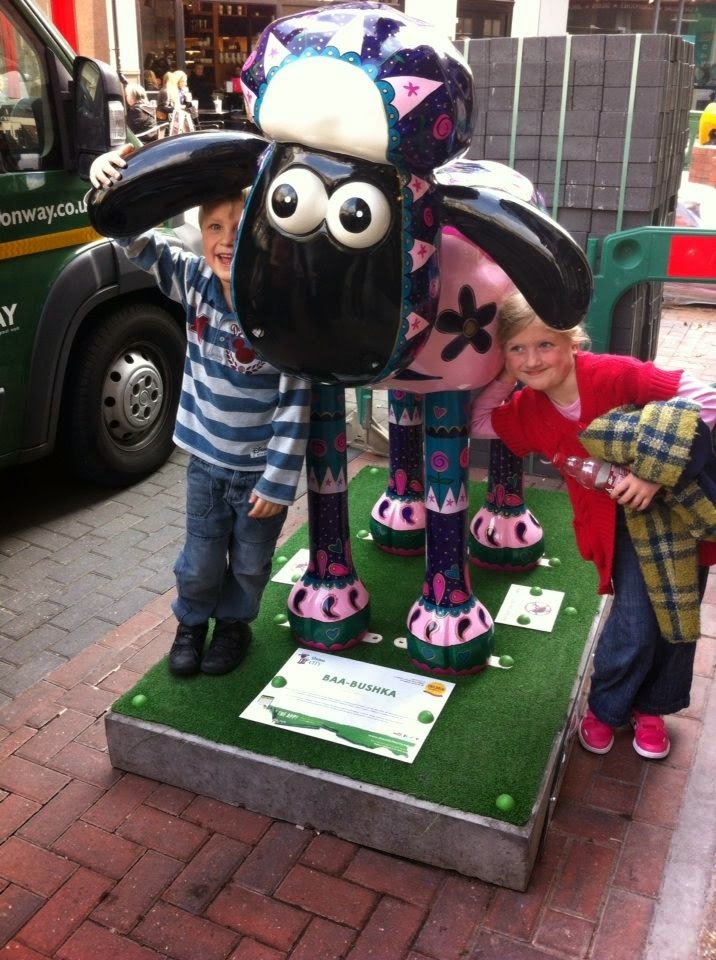 It was a really interesting kind of journey round as it meant I got to see lots of parts of London that I had never seen before as well as some of the more interesting "tourist" parts. 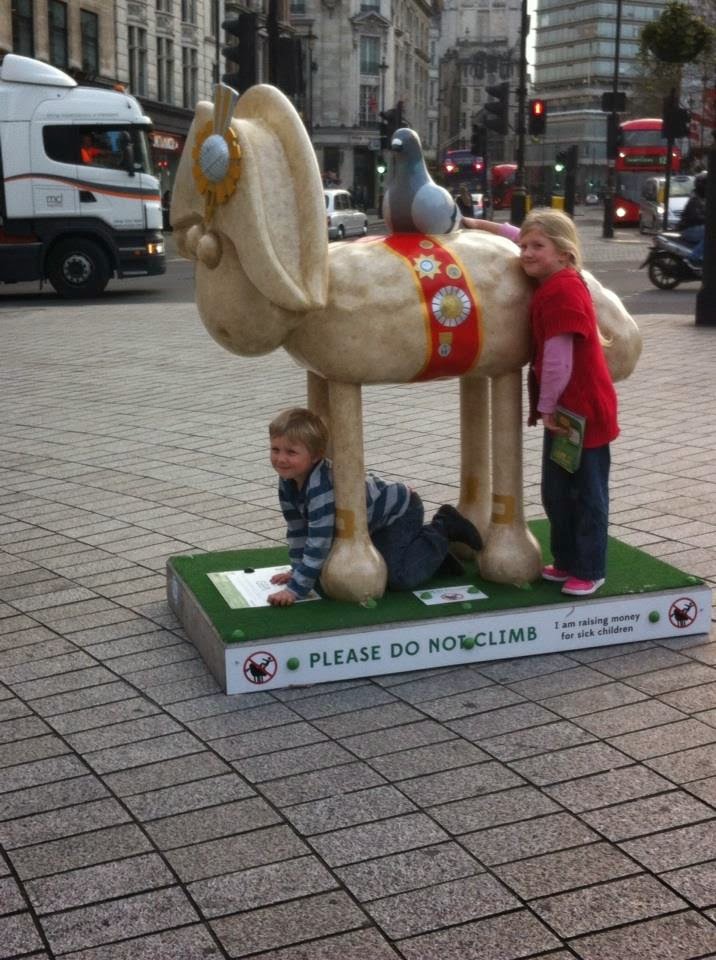 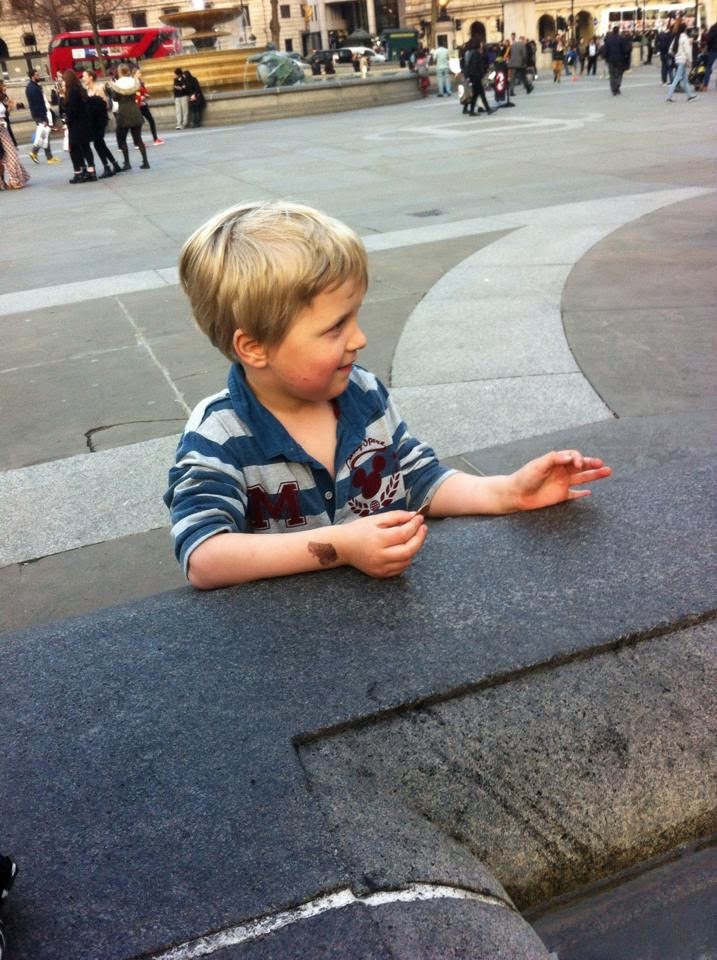 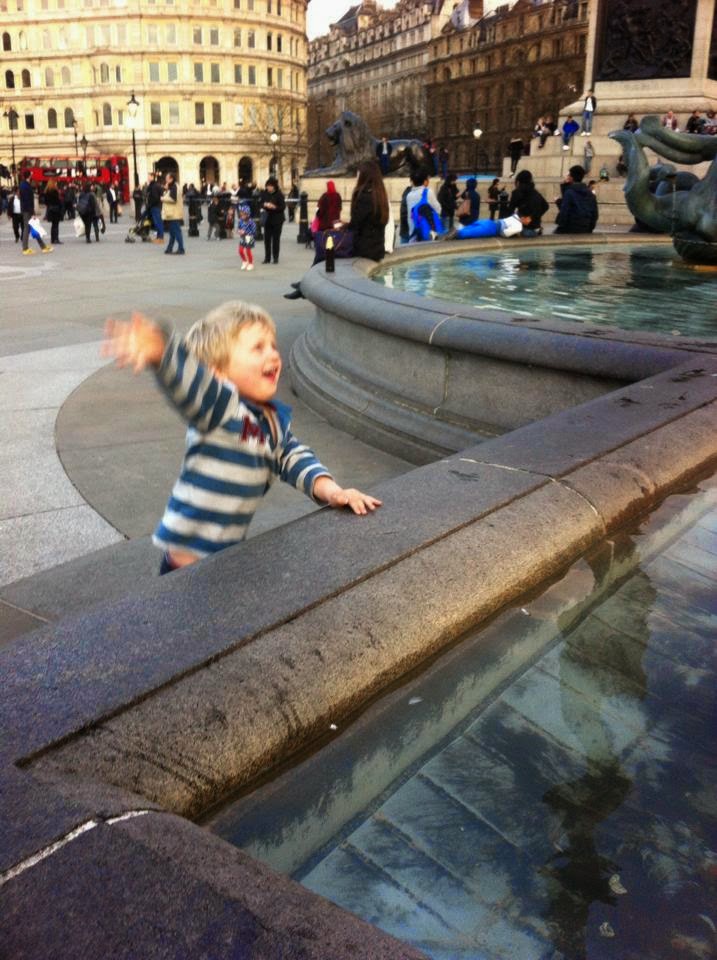 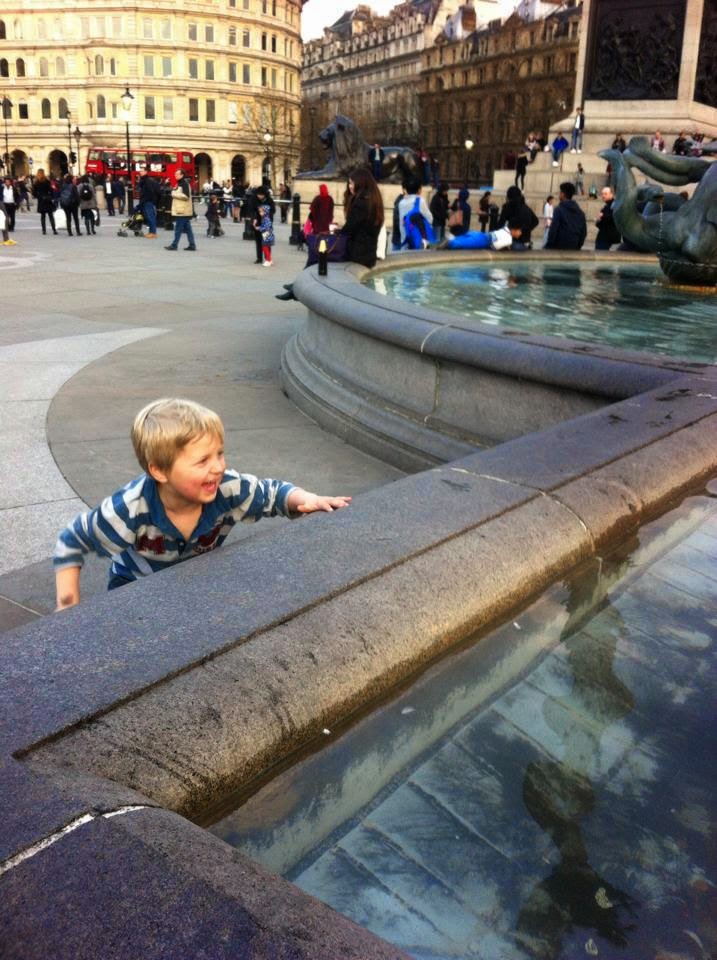 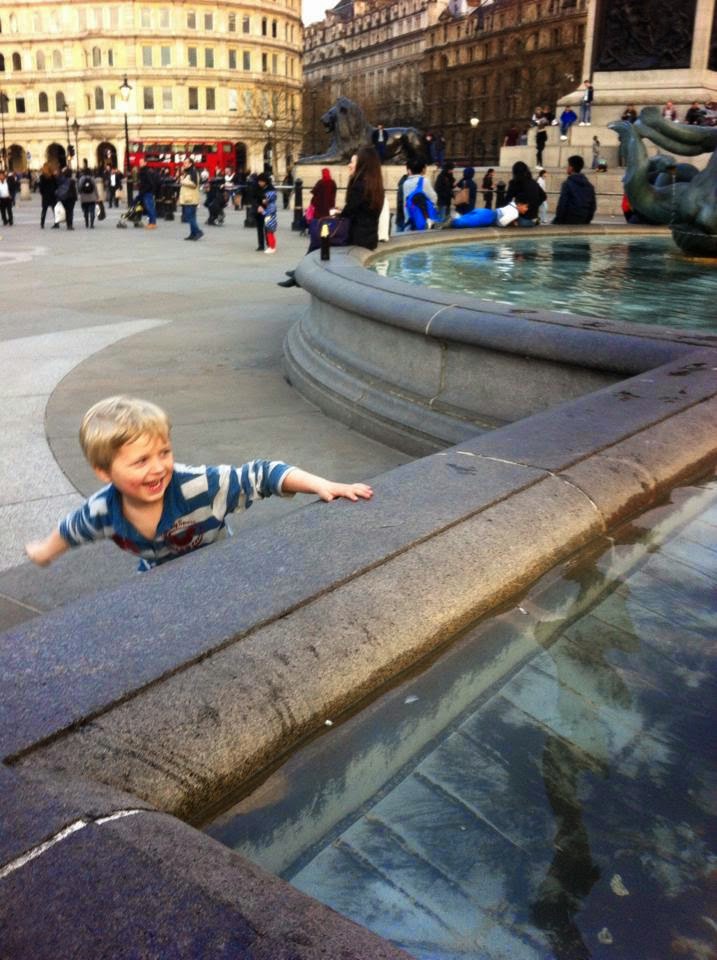 What did you wish for Harvey? 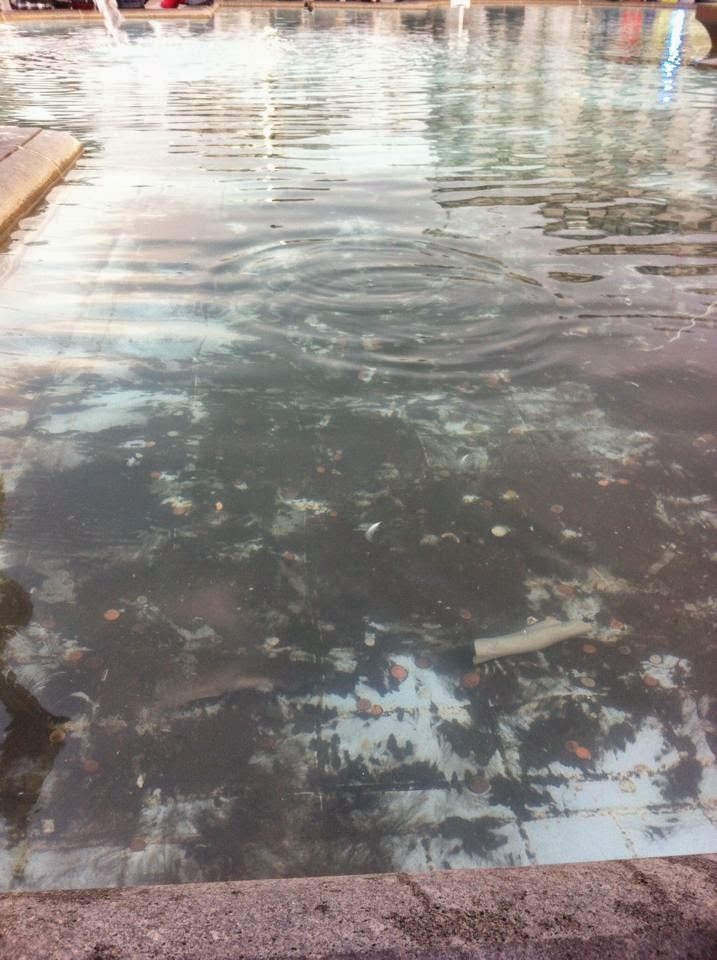 The hunt was still on though so we kept looking for them. 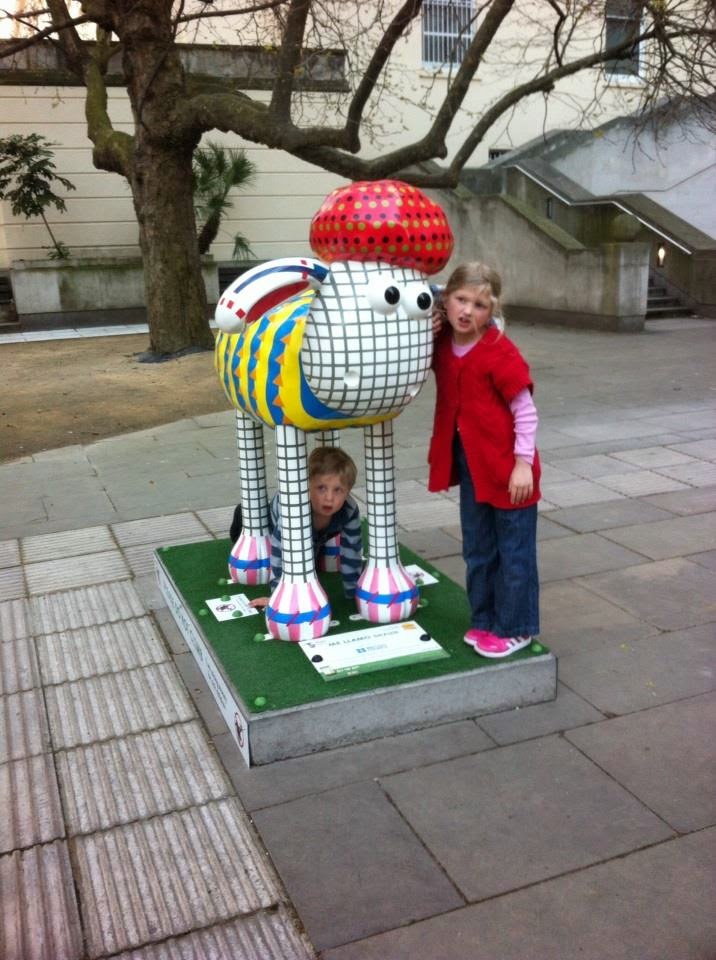 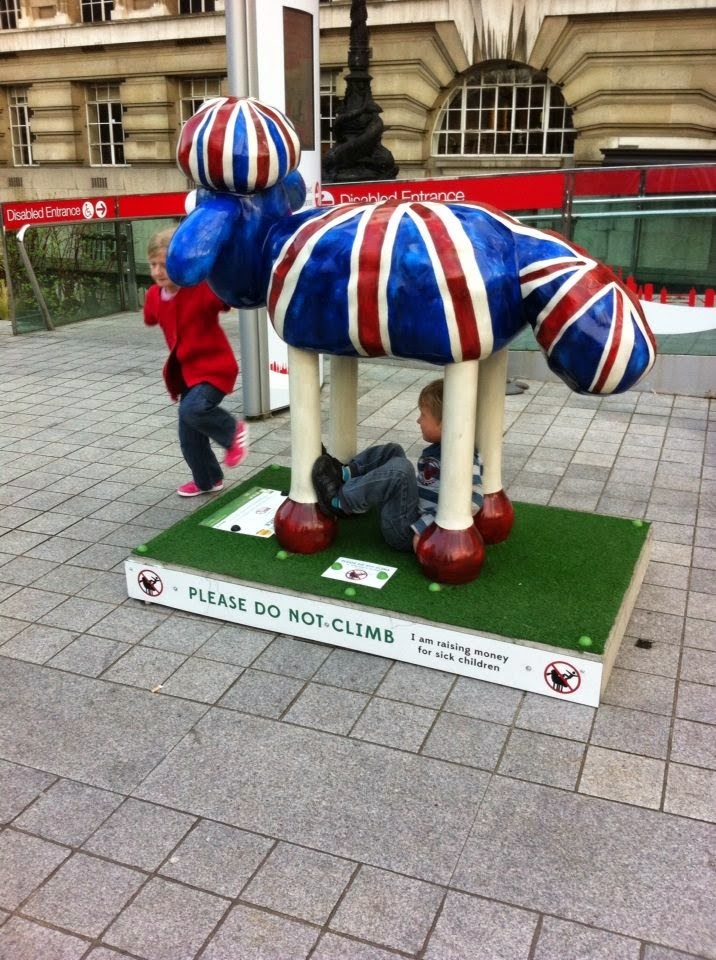 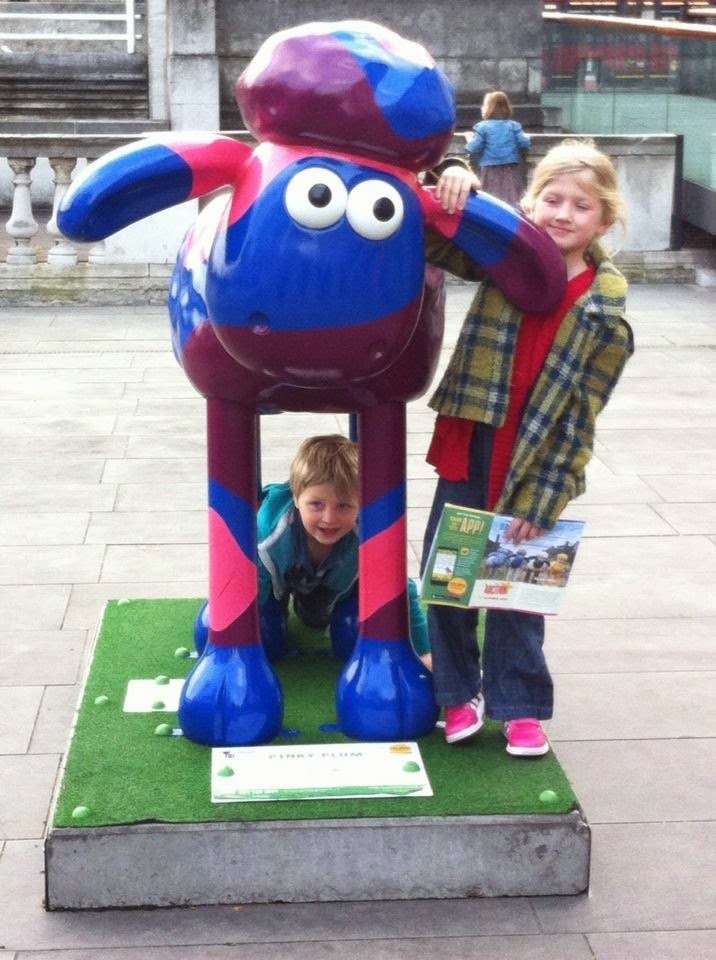 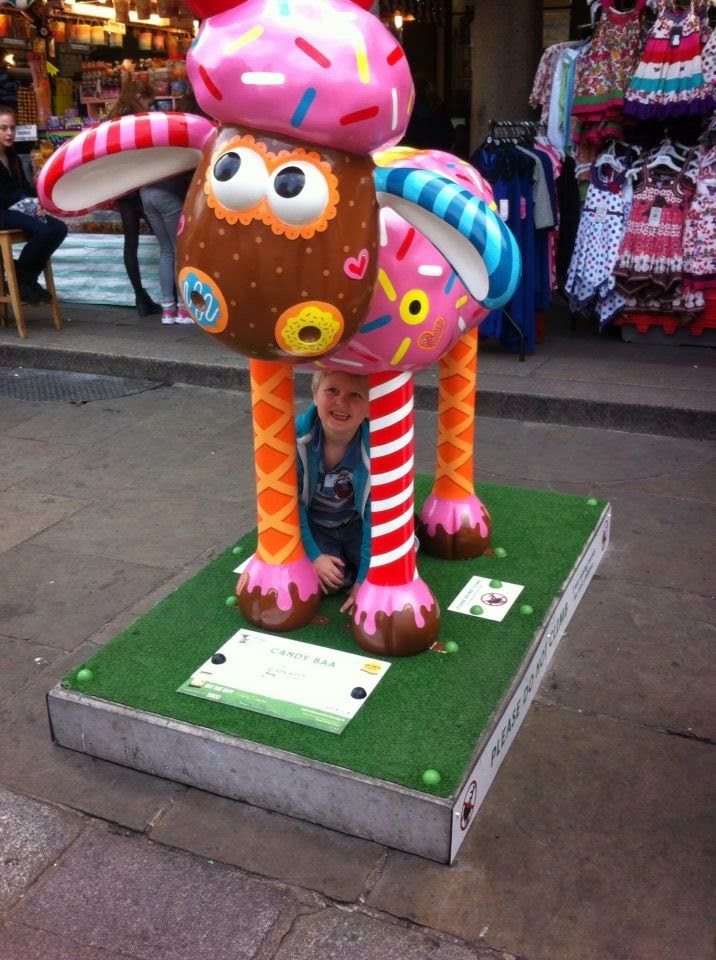 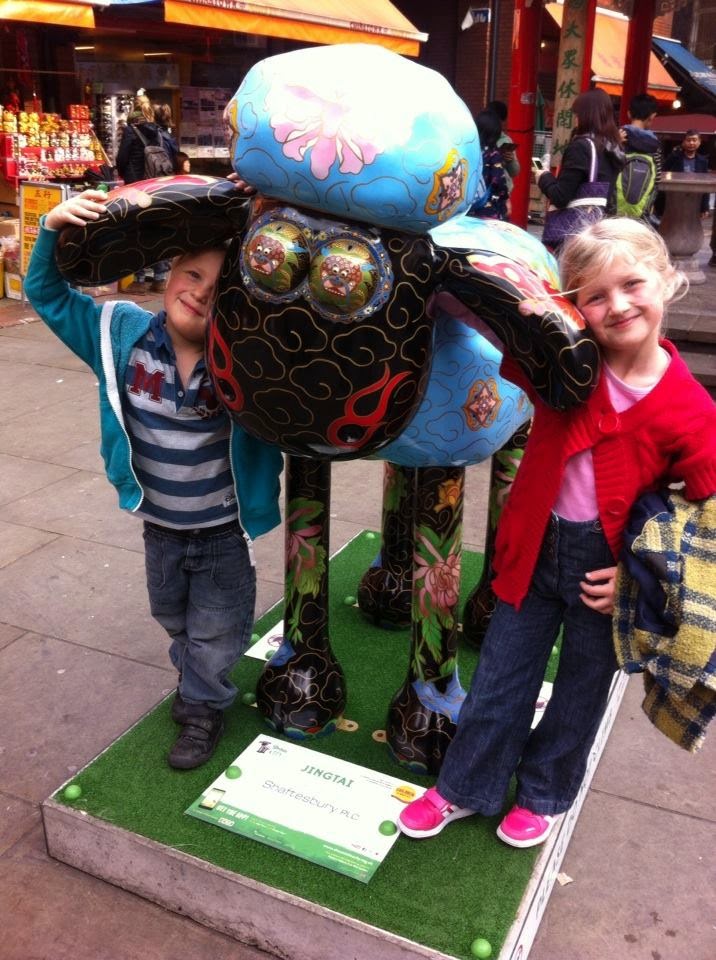 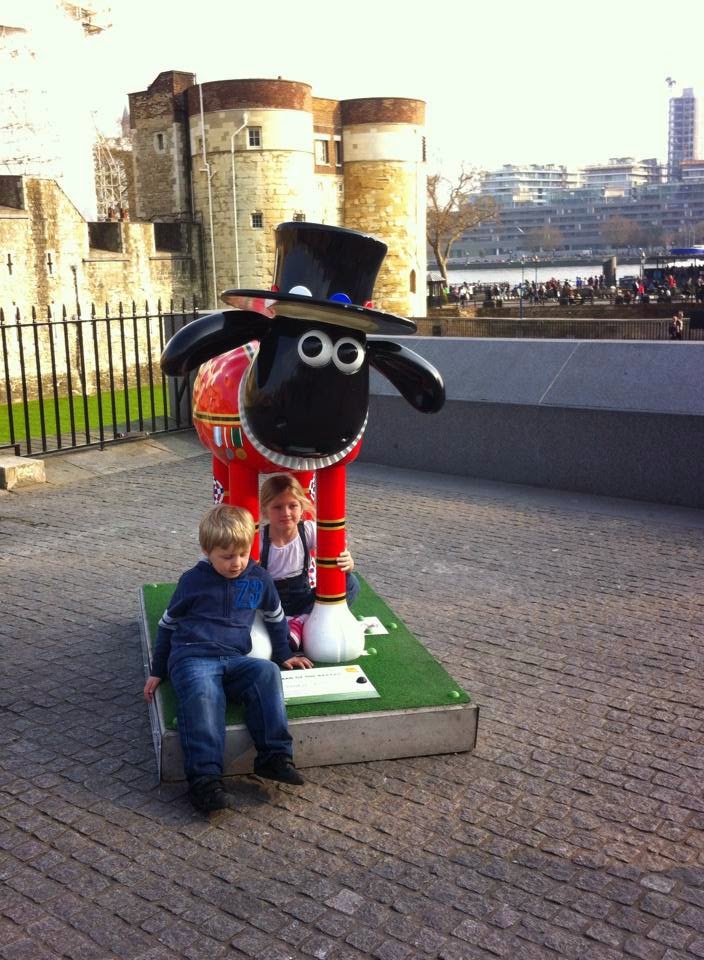 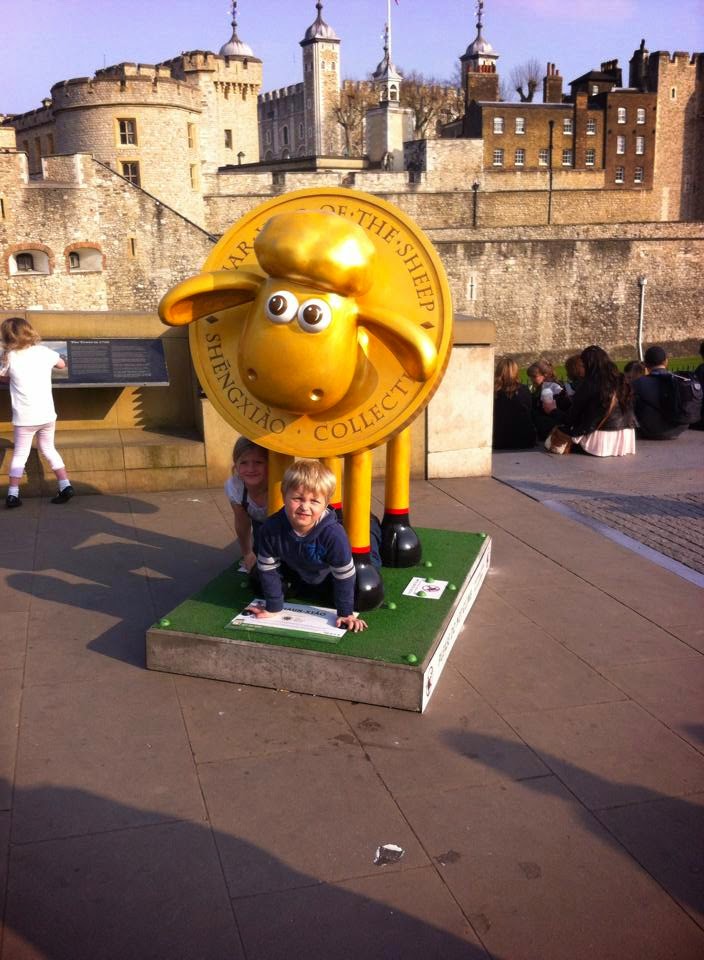 We had great fun over the 2 days and we managed to find "all baaaa 7" (thanks Angie for that quote!)

Oh I forgot to say about the "hotel". We stopped the night at Apollo Hotel in London Bayswater. Do not let their website fool you with thinking it is all of that standard as it just isn't at all. I had requested a twin room with an extra single bed. (In the past, we have all managed to squeeze in a double bed but as they are getting bigger, I want them to be able to enjoy stopping in hotels and having their own bed to themselves. I have also taken many pictures of them both sleeping in the past and they often resemble a starfish so I didn't really fancy waking up to that.)

What I actually received was 2 bunk beds. One very noisy and wobbly one at that and one that had quite a dangerous spring poking out of the mattress right near the ladder. 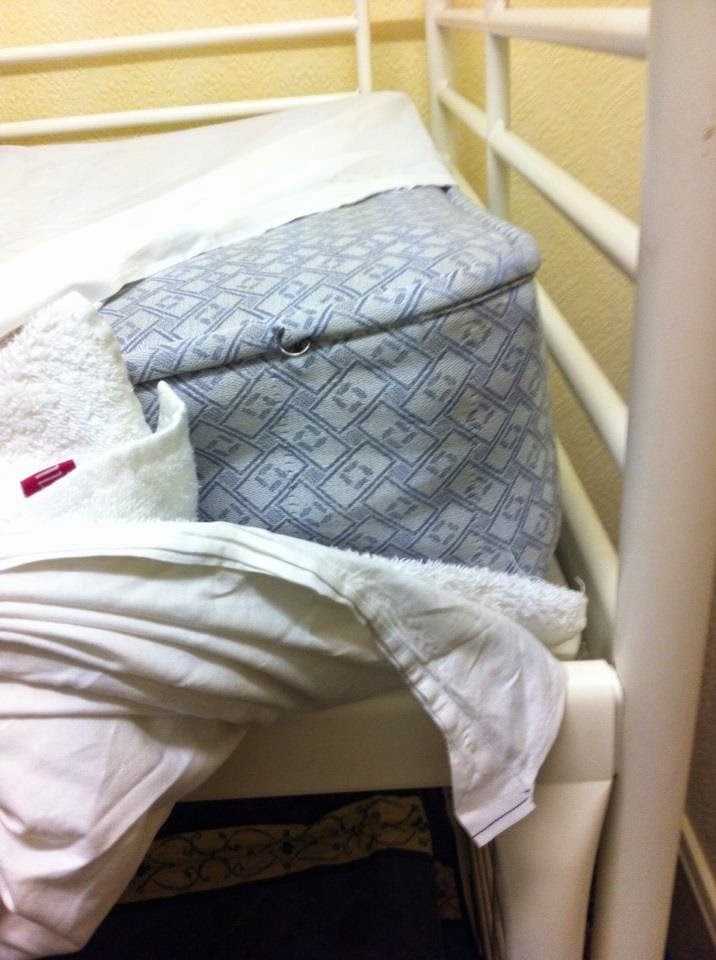 I was instantly returned to the days of sitting on the bottom bunk of my brother's bunk bed and getting my long hair tangled up in the springs of the top bunk. Bunks beds and I have been enemies ever since. Alyssa seemed thrilled at the idea of them though. 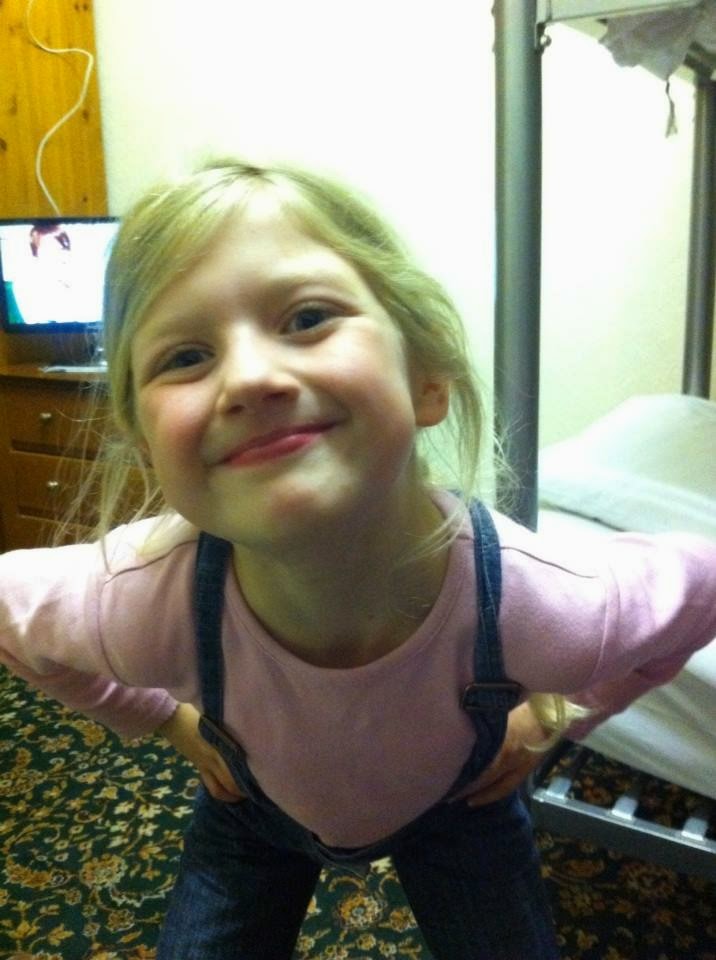 We all got ready for bed and started to watch some television together to unwind from a long day.

Once we got the television working that was

Yes, that mattress really was too long for the actual bed. 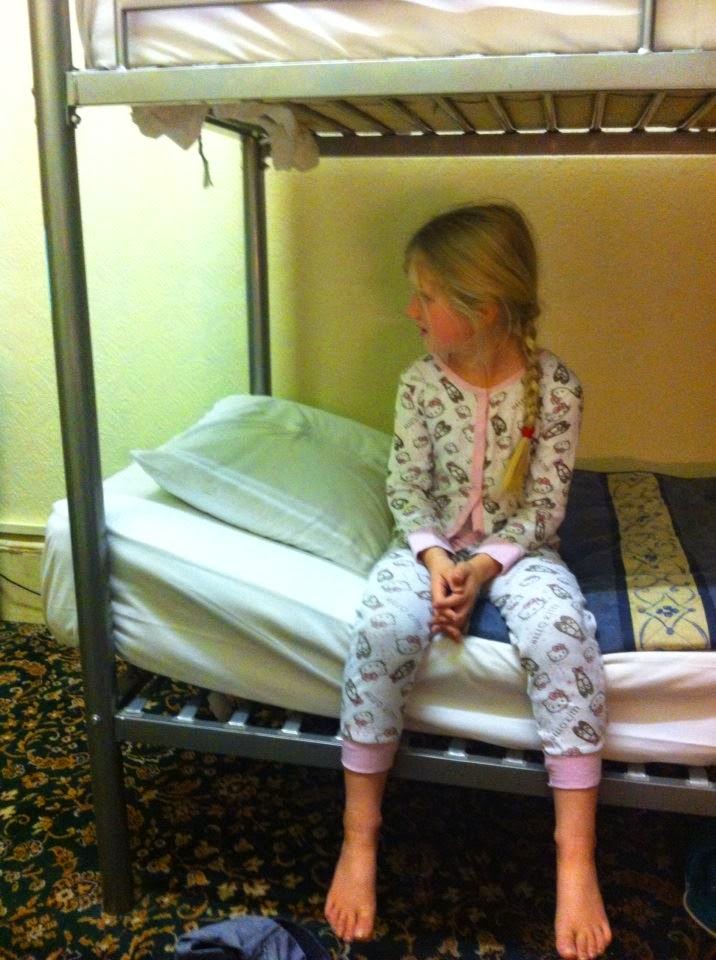 The icing on the "bunk bed" cake was that the film BIG came on. Bunk beds feature in that too!

The hotel definitely needed some major improvements to it as some of the repairs were horrendous. 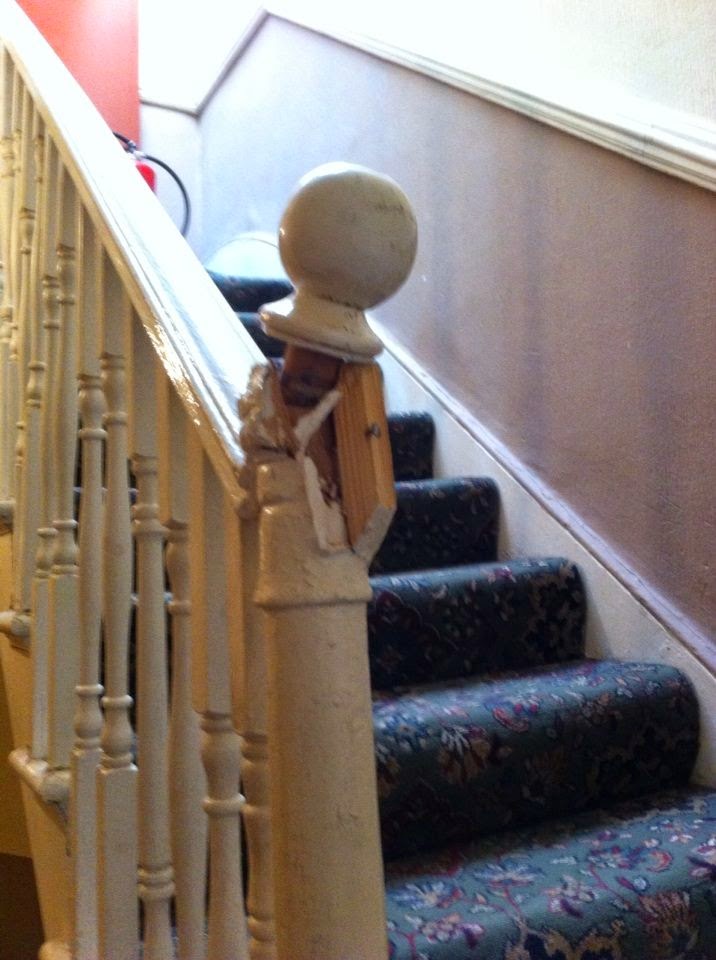 Mind you, we possibly didn't help matters when it came to trying to repair the place. Harvey somehow managed to lock the bathroom door from outside meaning that we couldn't get back into it. He did try to do the manly thing of trying to break in but we were seriously lacking with tools. He used a teabag instead. Tea is supposed to solve many problems but unfortunately opening doors isn't one of them. 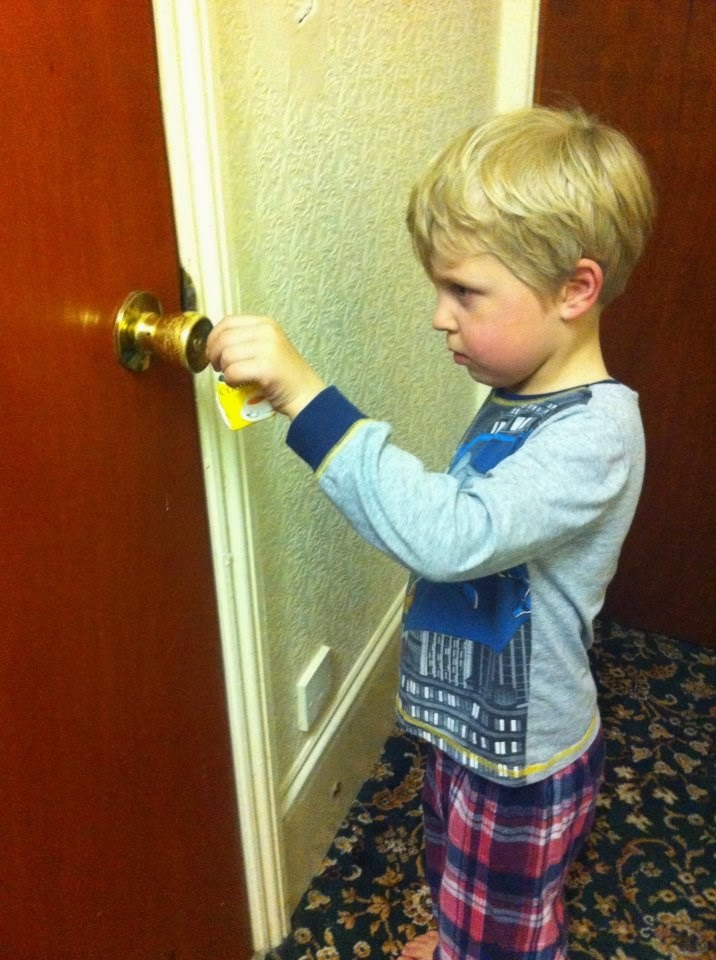 Next trip is being planned to hunt the sheep again in Bristol. This time will probably be staying in a Travelodge!
Posted by Unknown at 21:01