A Minion kind of weekend


I'd been tagged at least 3 times in a photo that was going around Facebook of some car tyres that had been made into Minions to be a garden planter. This obviously was a sign that I needed to make my own version.

One quick discussion with family and friends and they understood what I was hoping to achieve.

But then something dreadful happened. Our imagination got carried away and  Project Minion had to be started immediately. The adults were definitely feeling more excited than the children.

We found 6 tyres which needed to be stacked on top of each other. These were no ordinary car tyres though for our project. Oh no! These were tractor tyres so this minion was going to be a monster.

As you can see, Harvey was very helpful at moving the tyres into position. 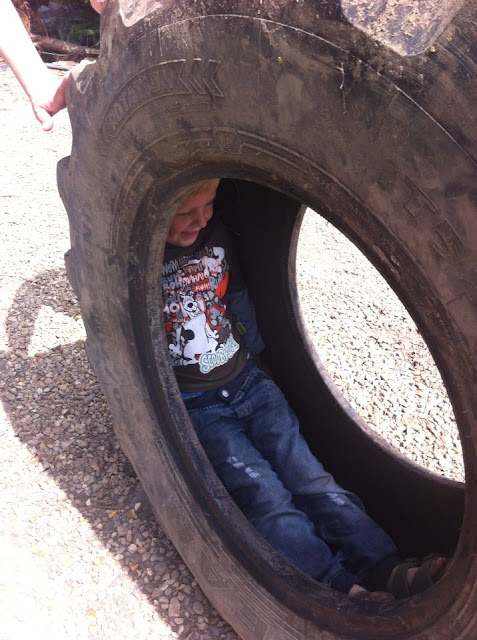 Alyssa was starting to feel the excitement though. 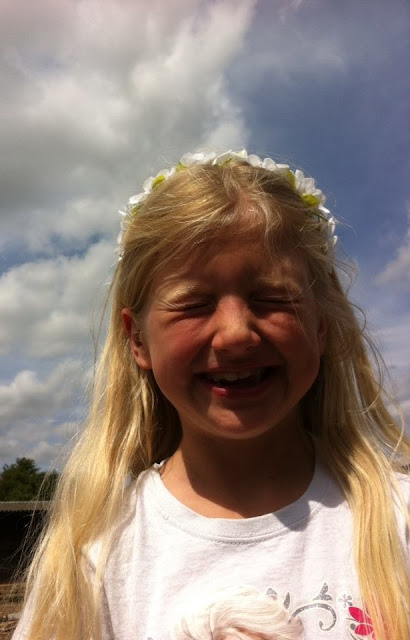 They were pressure washed down and scrubbed so they didn't have any mud left on them. 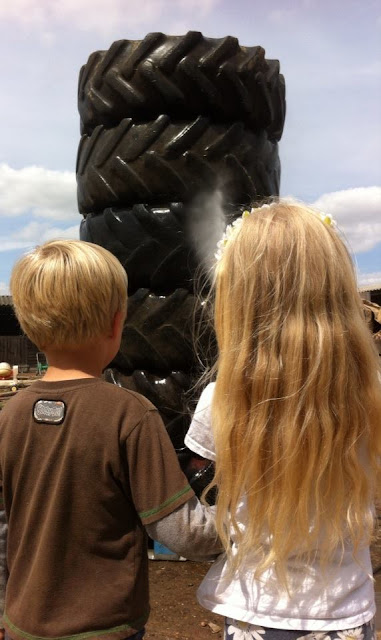 We did a quick outline with some masking tape of where we wanted the mouth to be and the top of the dungarees. 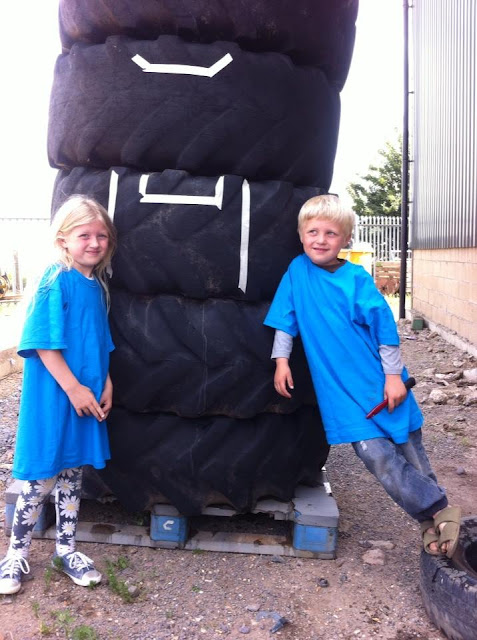 The paint we were going to use was tractor paint in JCB Yellow and Fordson Empire Blue. 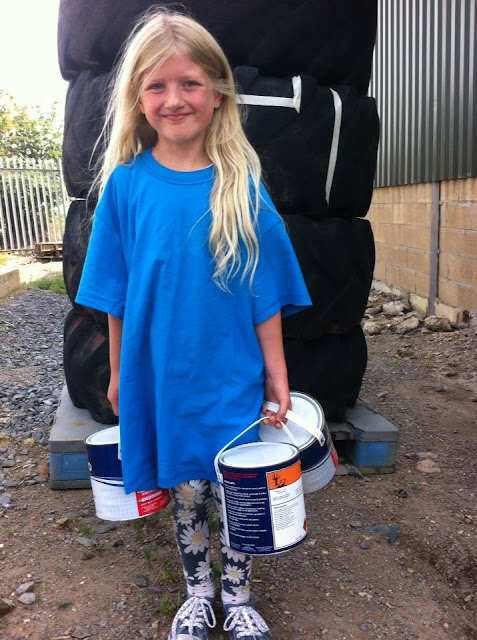 We soon realised that although we had the forethought to cover our clothes with old t-shirts, we had forgotten our shoes.

Sorted easily enough so the work could continue without delay. 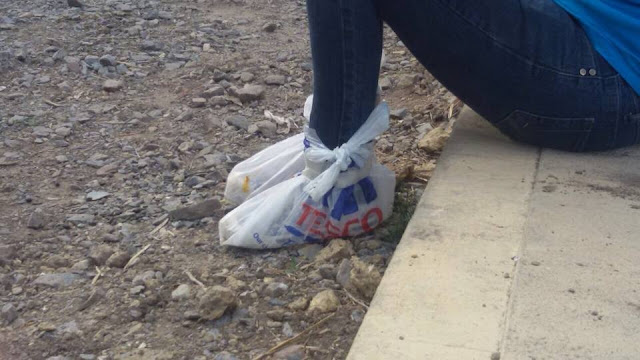 We did one coat and let it go tacky before applying another coat on top. It became really vibrant and was a perfect Minion shade. 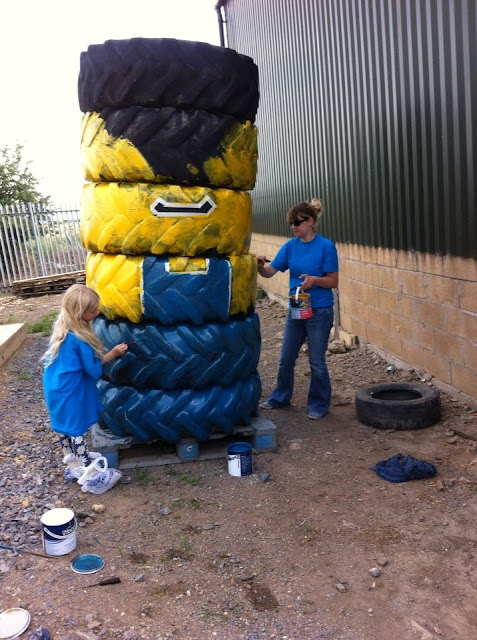 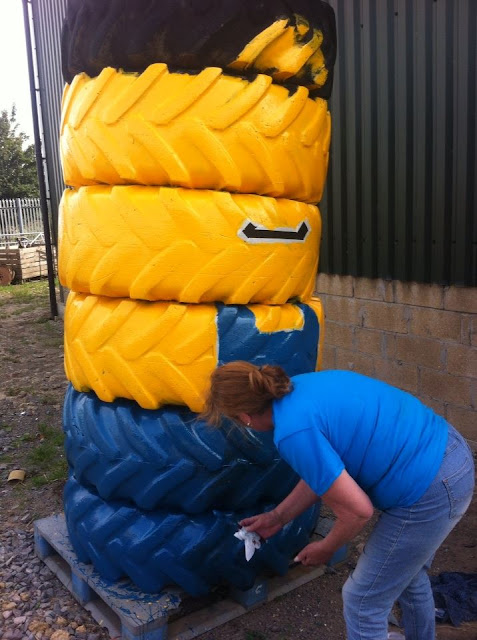 The wheel was bolted on and then masking tape was added ready for the black band to be painted on. 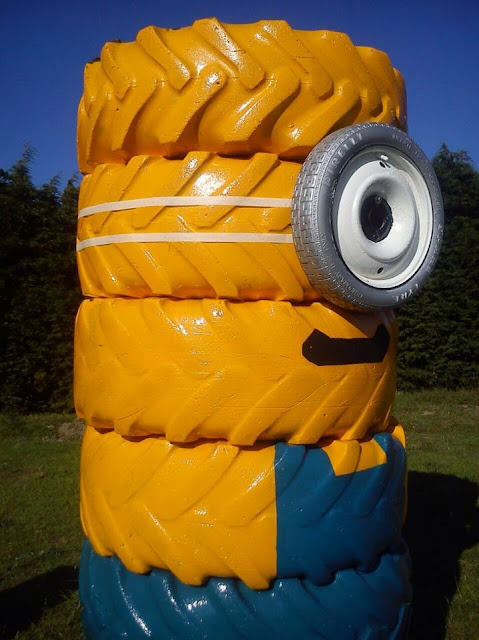 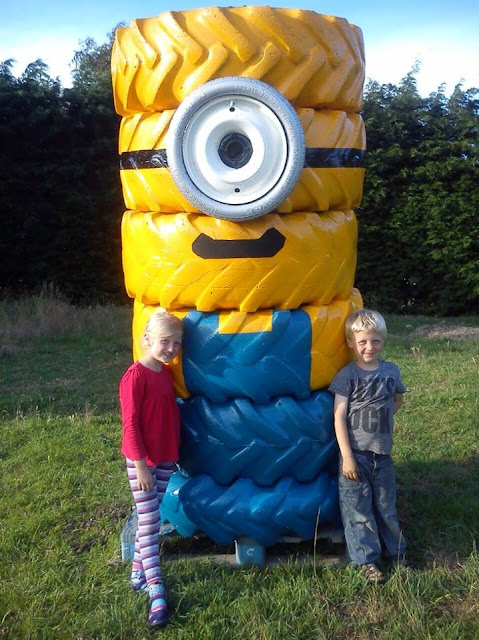 A huge thank you to my family and friends who helped with the build of "Stuart". I hope that he brings as much pleasure to people that see him as he has to us that created him. We have learnt many things and I don't think he's turned out too bad for a first attempt. 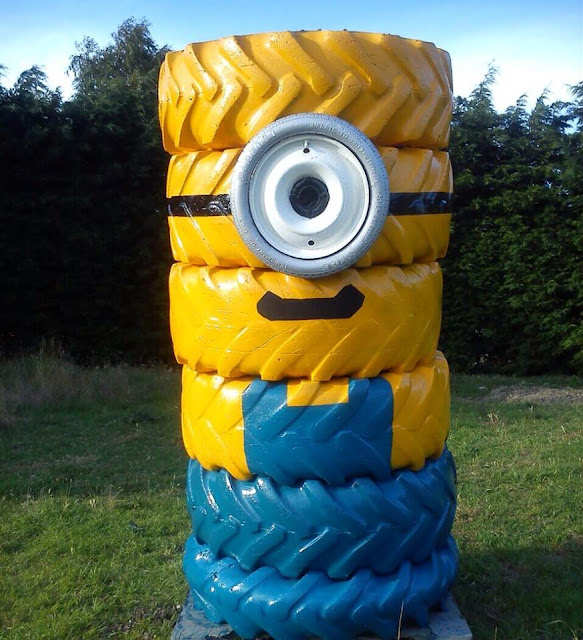 When I finally get round to making my own little one, it'll seem a piece of cake.

Please comment too if you ever see our "little" Stuart.