Harvey hadn't done anything particularly bad today but he obviously felt that he needed to say sorry or his actions this week. He wrote a letter by himself and then came to say he was sorry for being "nortee". 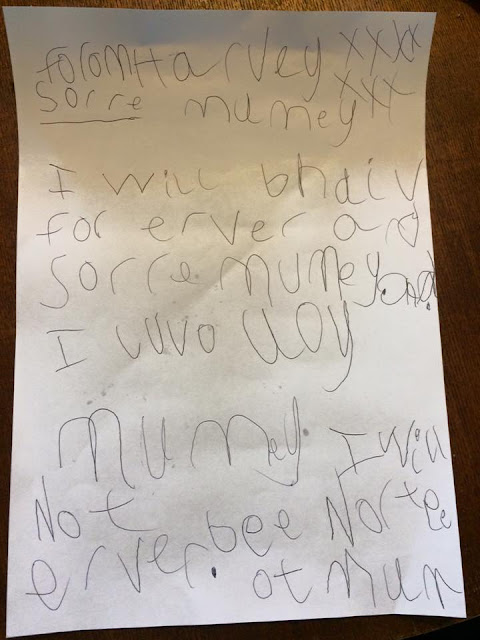 Harvey wasn't keen at all on his new-to-him overalls. He detested them in fact. I had to think of a way of him to wear them and I remembered what I had done when he didn't want to wear braces to keep his trousers up. Good old-fashioned bribery. I called on my Facebook friends to 'like' his picture of him wearing them and for every 'like' he would receive 50pence. The money would stop the moment that he took them off. 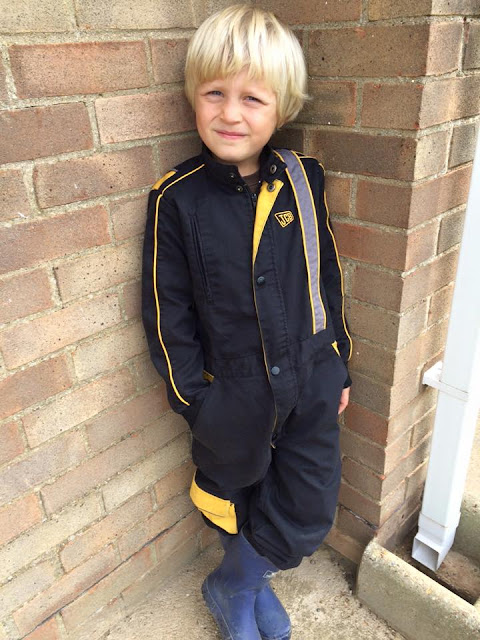 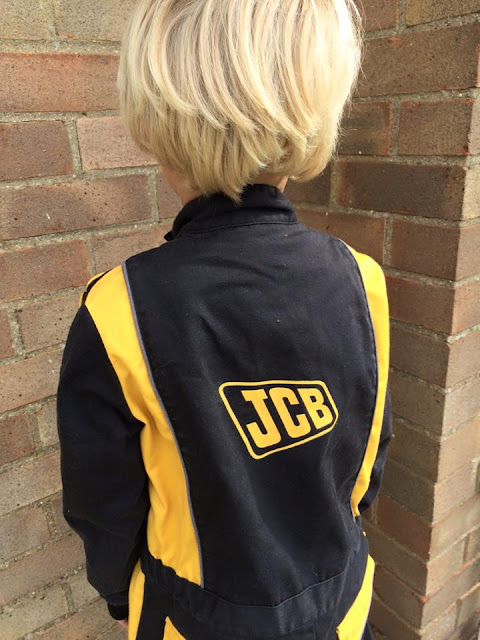 We discussed how to work out the money as his photos instantly started to gain 'likes'. 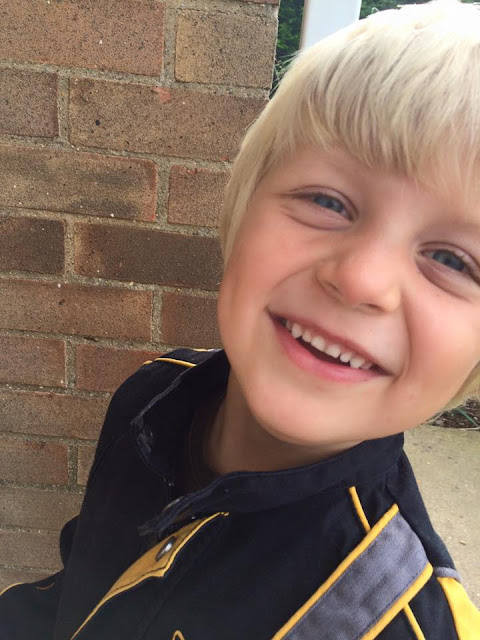 Harvey was adamant that he should now keep his overalls on and he enjoyed asking for an update on the 'likes'. It started to become harder at translating 'likes' into cold hard cash but he did it.
Alyssa realised this could be a great money-making exercise and requested that her photograph also appeared. My friends were very quick to join in trying to make me even poorer as she promptly gathered her 'likes'. 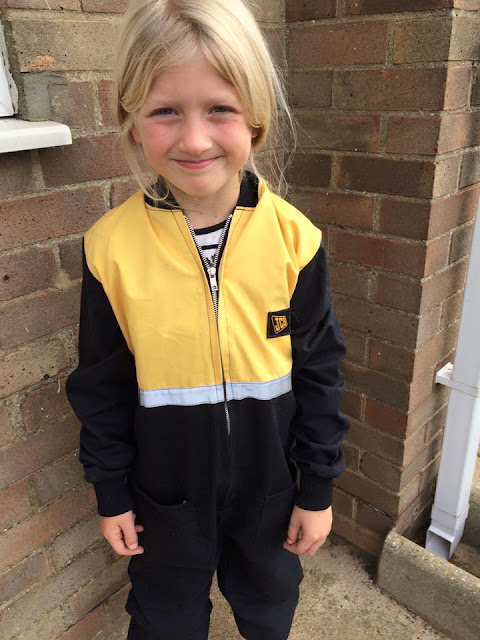 I thoroughly enjoyed spending the day with them messing about in the mud and playing lots of games both inside and out. 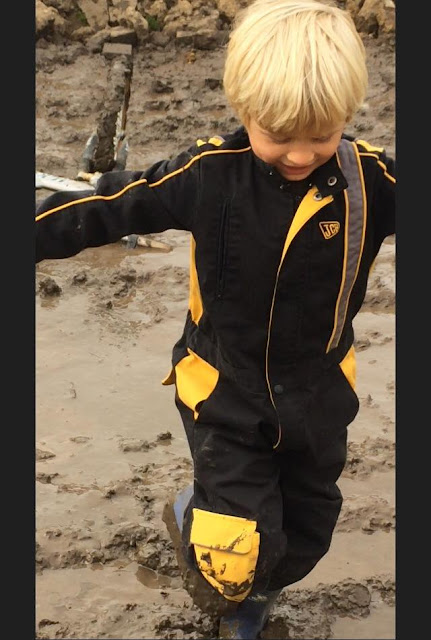 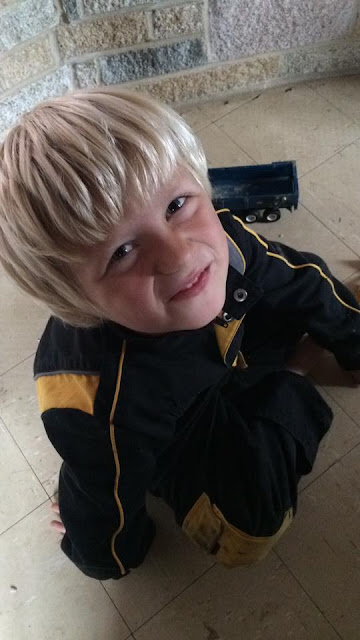 By mid-afternoon, it was obvious to us all that wearing overalls can be exhausting. A nap was required but the overalls stayed on. 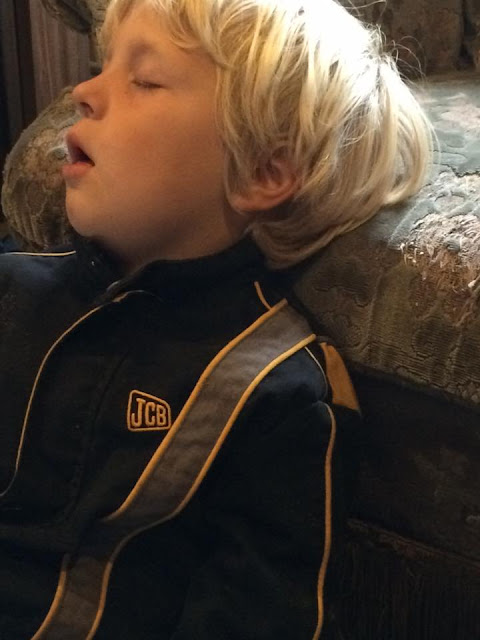 Alyssa was happy wearing hers and carried on with her task of feeding some kittens that had recently lost their mums. The concentration and love she shows is immense. 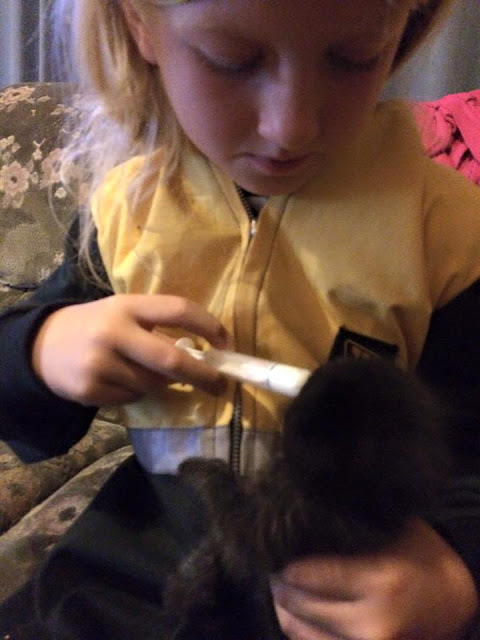 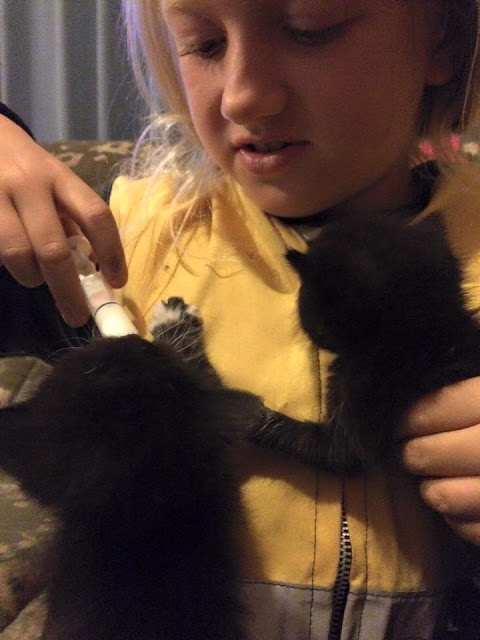 This one is "Bailey". Happily enjoying the attention from Alyssa. 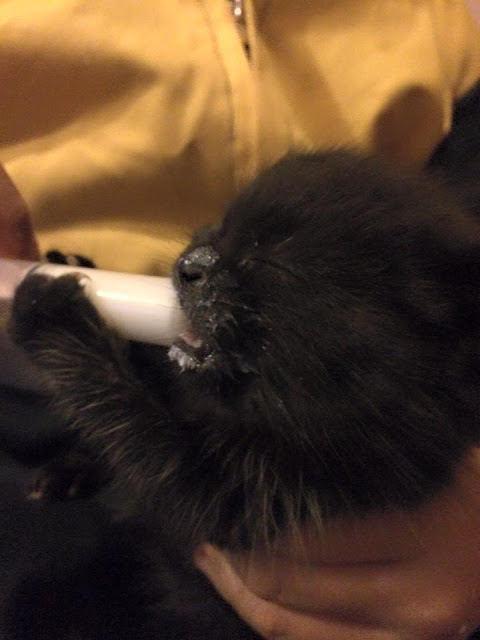 Harvey eventually woke up and realised that it would soon be bedtime and then the JCB overalls would have to come off to be replaced by his pyjamas. He was one unhappy boy I can tell you! 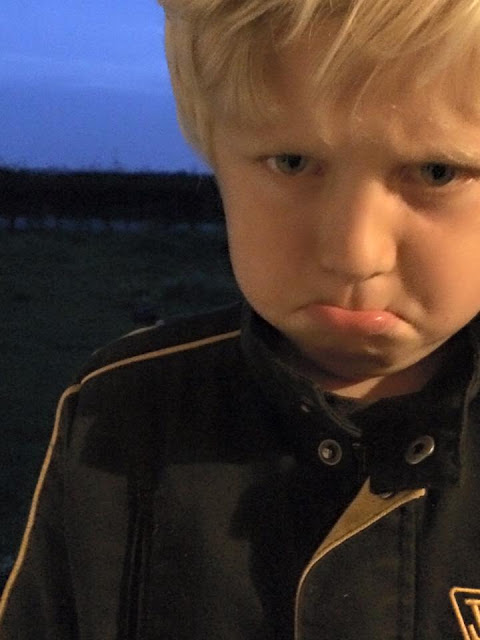 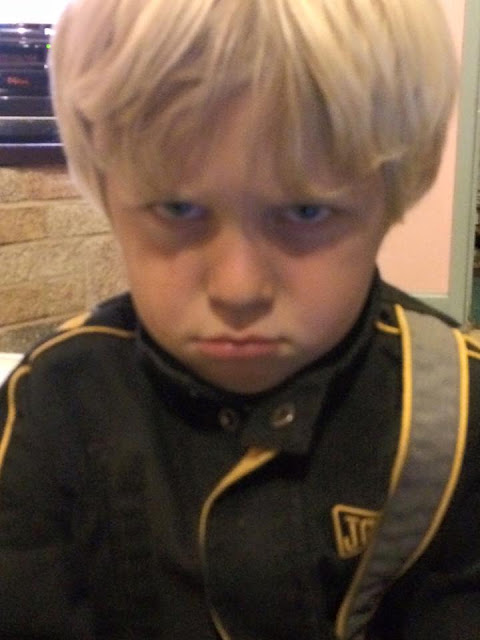 I managed to eventually persuade him to take them off after his final update of 153 'likes' on Facebook. This meant that he had a whopping £76.50 to either spend or save. 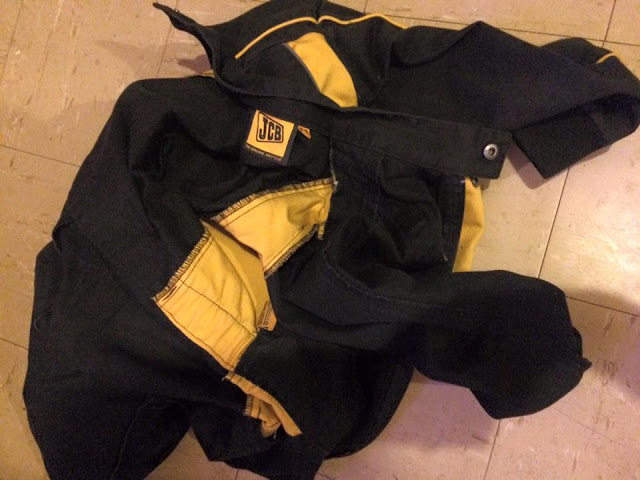 I would like to thank all my friends for participating in helping him to keep them on for the day. He now realises that they aren't uncomfortable to wear and that they save his clothes from getting completely muddy and ruined. He is most impressed with the amount of money raised too and plans to buy a remote control JCB. Alyssa has other ideas.
"I'm going to keep it in my bank account." ~ Alyssa
Posted by Unknown at 11:02 2 comments: